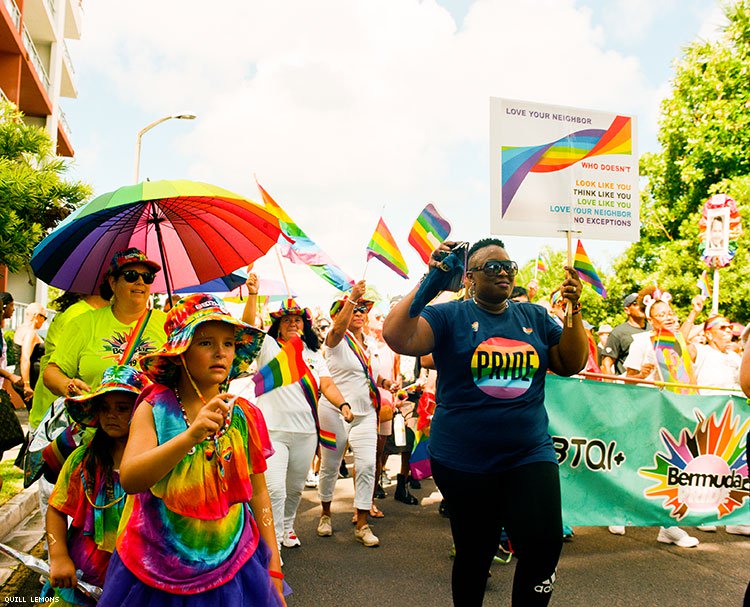 A host of Bermudians who participated in the first-ever Pride Parade are featured in an article published this week by OUT, an international website “for the most prominent voices of the LGBTQ+ community”.

The article, posted on September 24 by Raquel Willis says: “There were chants of solidarity and posters signaling a growing, yet mighty LGBTQ+ community primed to transform the sun-soaked, turquoise watered British Overseas territory.

“Found within the more than 6,000 attendees in the streets of Hamilton, the country’s capital, was a complicated, generations-long narrative of resilience and a sizable ecosystem of identities and experiences that helped lay fertile ground for this tremendous display of collective power.”

“I’m from an era where it was taboo to even talk about the subject of being gay and most people didn’t even know what being gay meant,” says Mark Anderson, 52, who revealed that he had been arrested while in drag once during his younger years. 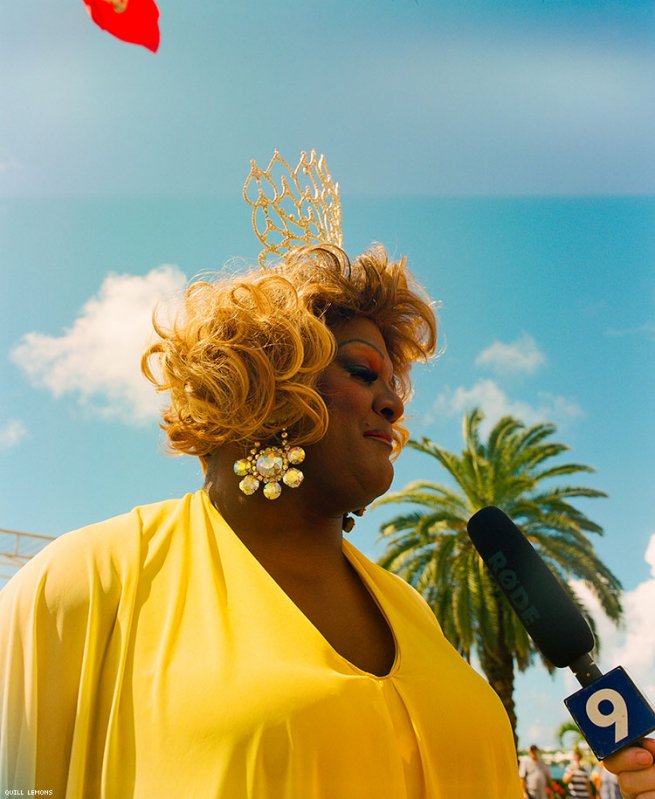 “I was never convicted of a crime, but the law at that time, which is pretty much still on the books, is that you had to have on three pieces of clothing.

“Despite legal run-ins, Anderson (who claims the title of “Queen of Bermuda”) continues to perform today as the vivacious and graceful Sybil Barrington. During the parade that Sunday, her performance of the Tina Turner classic “River Deep Mountain High” mesmerized the large mass of rainbow-clad bodies in the streets,” he added.

The article continues: “While Anderson’s mere presence as a drag queen has confronted Bermuda’s conservatism throughout the last few decades, there have also been other staunch LGBTQ+ folks crusading for justice as well. Enter Peter Carpenter, 65, a native Bermudian who spent most of his childhood and early adulthood living abroad.

“Upon his return to the territory in the early ‘80s, he became one of the first Bermudians to be openly gay. His achievements include co-founding the Rainbow Alliance of Bermuda, an organization dedicated to advocating for the LGBTQ+ community, and working with Dr John Stubbs, a Bermudian politician who advocated for a 1994 bill to decriminalize consensual same-sex intercourse within the territory.

“I was inspired very much by Dr Stubbs’ bill and by seeing the film Philadelphia,” he says. “And as hopeful as we were for the passage of his bill in the House of Assembly, it was very clear to me that there was no human face to the fight. Without blowing my trumpet, I do believe that sitting in the front seat in the public gallery of the House of Assembly for this debate played a part in the votes of the [members of Parliament] who mentioned me by name during the course of it.” 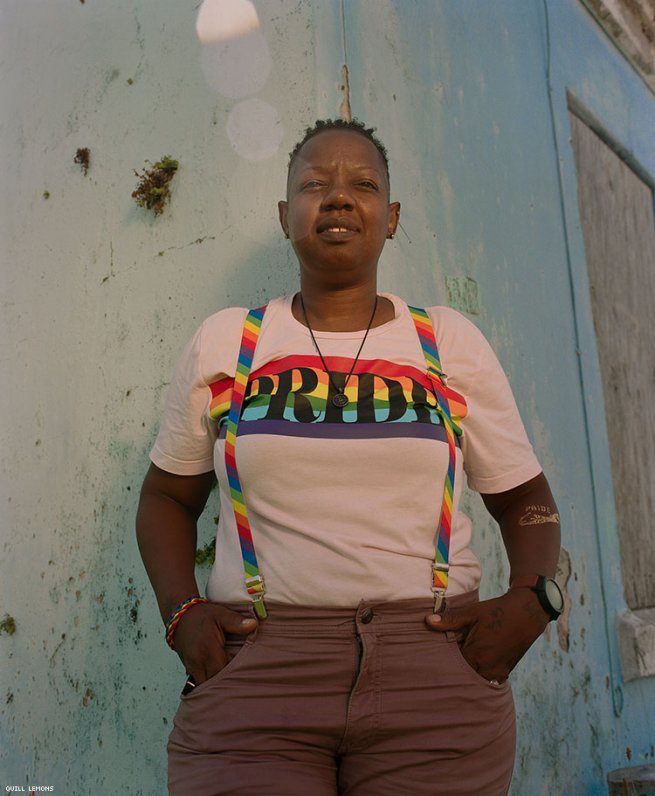 Linda Bogle Mienzer, 54, also featured in the article, added: “As part of the Black community in this country, there’s a huge risk because you’ve been raised to be so entrenched in, not only religious beliefs, but a culture that says that we [aren’t queer].

“If we are, we’ve got to keep it in the closet. I say this to my wife all the time, ‘I want to be that person that I needed when I was young’.”

The article described the fight for marriage equality in Bermuda as “a winding road to progress”, particularly on the legal battle for same-sex marriage.

“Native Bermudian Winston Godwin and his Canadian partner, Greg DeRoche, became notable soon after the referendum when they entered the marriage equality fight by advocating at the Supreme Court,” the report said.

“After a favorable ruling in May 2017, their nuptials were one of several same-sex marriages upheld in the aftermath of that decision. Still the battle wasn’t over. A year later, same-sex marriages were re-banned by the Bermudian government, rendering those relationships as domestic partnerships instead.

“Last June, the Supreme Court struck down that law, reinstating marriage equality for same-sex couples. Given the tumultuous flip-flop on progress (and the unfortunate achievement of becoming the first country to repeal same-sex marriage), Godwin and DeRoche decided to marry in Canada. The country was DeRoche’s birthplace and the country where Godwin was educated in his early adulthood, so it was a natural fit.”

Once marriage equality was legalized back in May of 2017, Mr Godwin said: “We ended up choosing to get married in Canada at the time and we got a lot of flak because they wanted it to be in Bermuda.

“It was never really about us, it was about the principle of it. We also wanted to ensure that [DeRoche] was there and we ended up deciding to get married in Canada, just a small, super small ceremony with friends and family.”

The writer concluded: “Caribbean tunes were interspersed with the American pop music that hovered above that crowd during the parade.

“And much like the blazing sun is balanced by the territory’s gorgeous, calming waters, so too is the winding trajectory of the country’s LGBTQ+ community bolstered by its growing power.

“Queer Bermudians are holding their past while looking forward to more moments of celebration.” 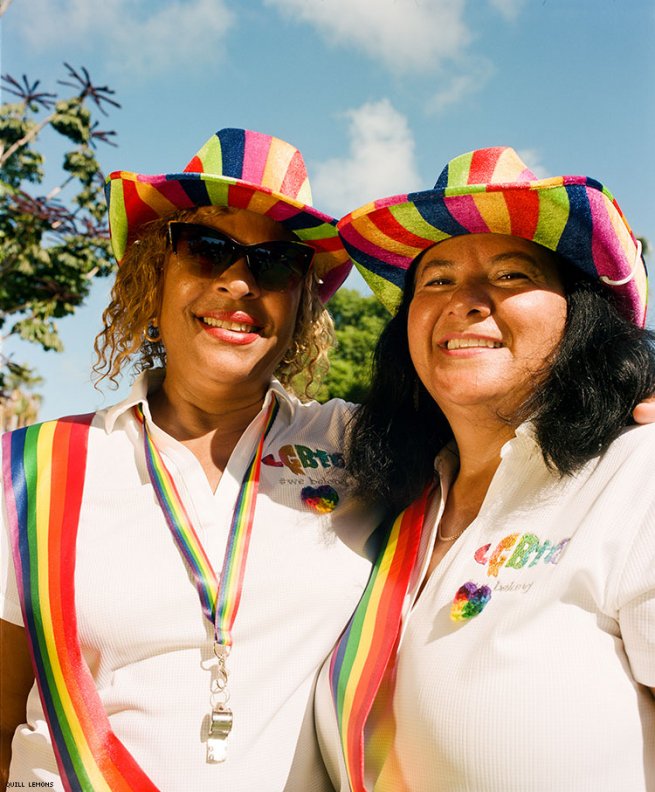