One Bermuda Alliance Leader Jeanne Atherden will deliver her first Reply to the Budget Statement as Opposition Leader in the House of Assembly this morning.

The proceedings will be live-streamed on Facebook, and simulcast on CITV, the Government television station, and other local media. 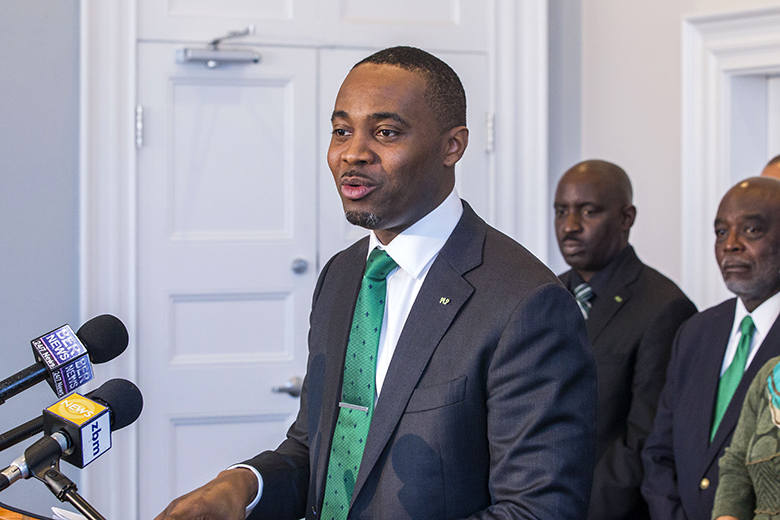 Meanwhile, Premier David Burt has scheduled a news conference, to be held at the Cabinet Office at 1pm.

And there’s another news conference planned for Monday morning, with the new Minister of Social Development and Sports, Michael Weeks.

That conference will be held at the DCI AB Place Media Room at 11:30am on Monday, February 26.

Included on today’s Order Paper for House proceedings at 10am, Speaker of the House, Dennis Lister is due to announce the appointment of OBA Senator Andrew Simons, on the Joint Select Committee on the Register of Members’ Interests.

Two reports are due to be tabled in the Lower House today.

Health Minister Kim Wilson will submit the Bermuda Hospitals Board Annual Report 2012-2013, for the information of the House of Assembly.

Public Works Minister Lieutenant Colonel David Burch will also table ‘The Sale and Purchase Agreement between the Trustees of the Sandys Middle School and the Bermuda Government’, for consideration by MPs.

House proceedings get underway at 10am in the Sessions House on Parliament Hill.