“A people without the knowledge of their past history, origin and culture is like a tree without roots.” Marcus Garvey

In the Wednesday edition of the daily newspaper on September 20th, under the headline, ‘Ministry silent on Evans reports’, the article states: “The Ministry of Education has refused to confirm or deny whether calls have been made for the termination of Freddie Evans as Commissioner of Education.”

Bermuda’s educational woes, like all the other woes inflicted on blacks in a white supremacist society are deeply rooted in racism. The foundation of the system is racist and designed against Black children. Consequently, we the people of Bermuda, must combine our forces and demand a fair, just and equitable system of education.

Doesn’t the Ministry of Education consist of a team of players? If we remove one player from the team does that help us to address the historical problem of racism?

In the January 9th, 1949 edition of The Royal Gazette it is stated that the Central School PTA called a meeting to pass a motion for all parents to refuse to pay fees for primary school education in Bermuda. The revolt was occasioned at the request of the House of Assembly (Parliament).

As noted in the book ‘Dr EF Gordon: Hero of the Working Class’, by Dale Butler, 1987, the House of Assembly had requested that the Board of Education examine and make recommendations on the provision of free education for the period of education that was compulsory.

The committee had three meetings on the matter and concluded that free education “is neither desirable nor practicable”.

Apparently, the committee’s recommendation was not accepted by Government; free education at the primary level did come into effect shortly thereafter as The Schools Act, 1949 introduced free primary education to schools designated as free schools.

All the white schools were enabled to have boards of management when free education was introduced in 1949. The black schools were managed from the central office of the Education Department.

During the 1960’s, 1970’s and 1980’s consultants or commissions appointed to look at ensuring equity within the community each recommended management boards for all schools. Regardless of these repeated recommendations, Government failed to implement such recommendations. In addition, the media focused on other aspects of the committee’s recommendations and gave little attention to this aspect.

The concerns expressed by business included the following:

The school system is producing insufficient persons who are interested in or skilled technical or craft areas of employment.

Students do not possess the skills needed to become salespersons or to enter other jobs at a similar level. 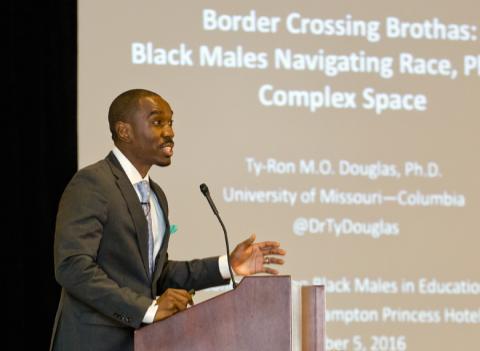 There are not enough males with high academic standards entering the job market.

Many job applicants who have completed tertiary education have unreasonably high expectations with respect to salary and level of employment.

Many job applicants are purported to have attended tertiary institutions which have inadequate standards of performance.

The Minister of Education finally sought enough input and support from the entire community for reform of the Government system.

This was the genesis of the Education Planning Team (EPT). The EPT was appointed in December 1987 and reported back to the Minister in December 1988.

It consisted of some 27 people representing parents, teachers, principals, members of aided schools Board of Governors, members of the business community, active members of political parties, private citizens and of Education staff.

The Ministry of Education distributed a summary report that included a score of belief statements. The summary provided 15 highlights of the report.

Dr Christopher stated that the EPT belief statements and highlighted proposals are notable for several reasons. I will include his statements about school boards here.

Dr Christopher stated: “The proposal of boards for all schools (highlight 2) is related to the desire for enhanced parent involvement in schools (highlight 7). This proposal also reflected proposals mentioned in the 1960’s within the Houghton Report, the Education Board recommendations as well as the Wooding Commission report.”

Dr Christopher further declared: “As a member of the EPT sub-committee that recommended boards for all schools, I can state categorically that there was no discussion of these earlier reports by that sub-committee. All these proposals, separated by 20-plus years, reflect a concern in Bermuda with respect to the extent to which any politically oriented body can truly serve the needs of parents and their children.”

Not a Politician but an Educator who is committed to providing quality education for Bermuda’s children.