It took a few days but it’s DONE and here’s the follow up!

First we had to track down her son, whose a prison officer but after two days of calling I got a female officer down at the Prison Farm who told me that he’s working nights. So I asked her to pass on a message and she did.

On Sunday, May 6, 2018, I just happened to walk in on a very special presentation to Maria Caisey, who has been battling cancer for the past few years.

The minute that story was published, my cell phone and social media links started blowing up. Some said they had no idea what she was going through. And they all wanted to make a donation.

Yesterday, I get this phone call out of the blue. I was sitting at the kitchen table doing website administration.

Much to my surprise, it was Maria Caisey! 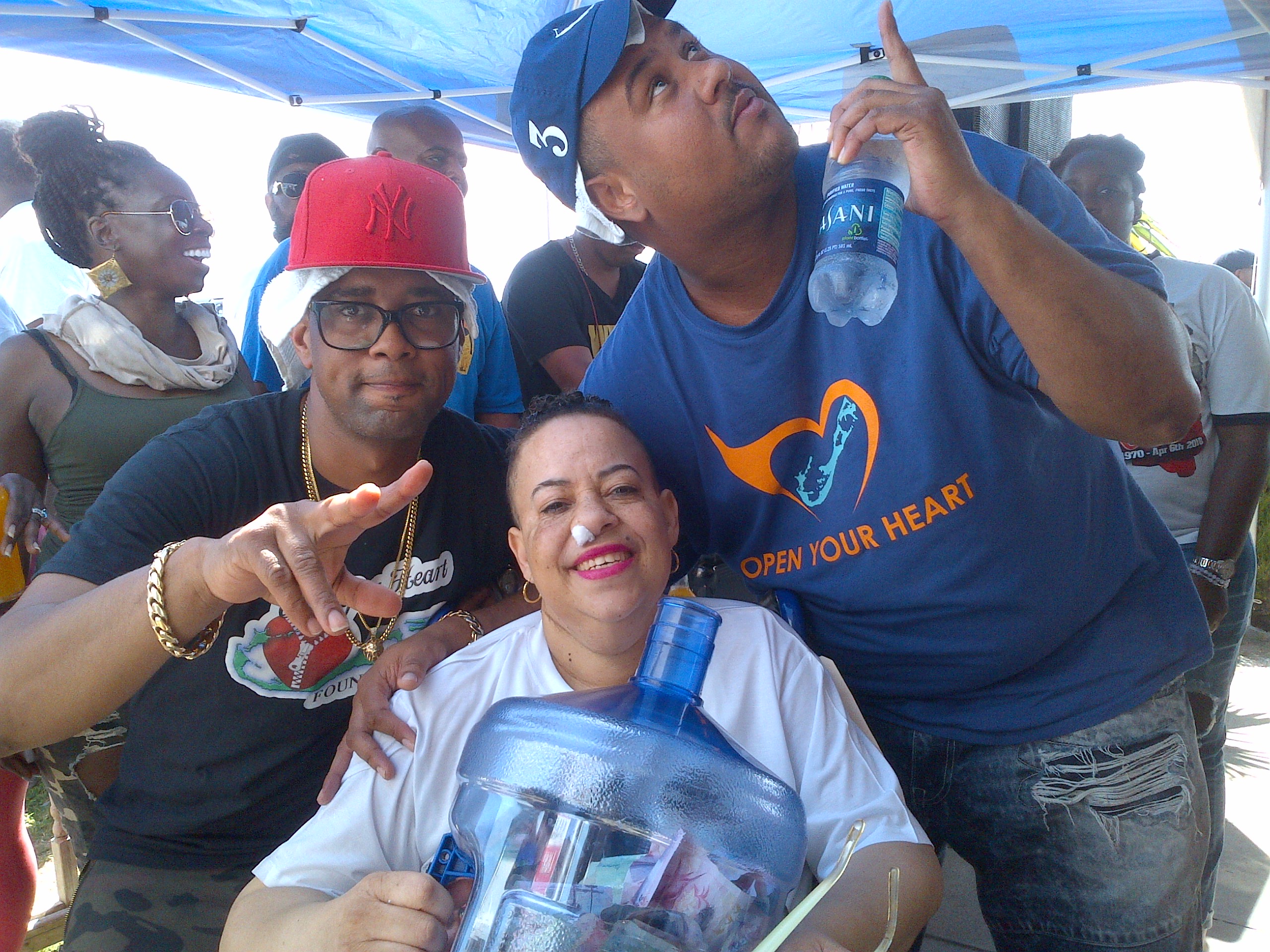 I explained that Bermuda Real had been inundated with requests for her bank account information, and that I needed to make that happen.

She was surprised and then she gave me what I needed. All the years I’ve known this woman I never knew that her first name is Tillie not Maria. Who knew!

Then I asked her to walk me through her journey. But first I asked for her reaction to the outpouring of love and support she received last Sunday.

When I hung up the phone, I couldn’t help but feel WEAK! Compared to this woman facing the fight for life like Maria and way too many others afflicted by CANCER in  BERMUDA – I don’t know where they get their inner strength from!

Here’s why – for someone facing imminent death she was extremely calm and at peace with her ultimate fate.

She thanked Open Your Heart Foundation up front and said she had no idea that they were taking donations in her name at their annual Good Friday event.

“I was told about it after Good Friday, someone told me and I was overwhelmed because I’m used to giving. I’m not used to be the one on the receiving end,” she said.

“So I was a bit overwhelmed because I’ve always had two or three jobs – I’m a workaholic and I haven’t been able to work for just over a year.”

Then she reflected on her time at home, unable to work and hold her own.

“I would lay in my bed thinking how am I going to make it, pay bills, support myself with all of this.

“I found out that I had cancer the Wednesday before Labour Day a few years ago and I was shocked because I thought I just had a stuffy nose.”

In 2017, she went abroad to Lahey for treatment.

“It was six to eight weeks of radiation which wasn’t bad. Since then it has spread all through my body but my spirit is good.

“I’ve come to terms with what I have to deal with and I know that death is all a part of life, so I’m thankful.

“I try to put my best foot forward no matter how I feel. I can walk but not far, my legs are weak but my soul is strong,” said Ms Caisey.

This Sunday, on Mother’s Day at 6pm, Open Your Heart Foundation will make another donation to the family of the late Onika Symonds.

Ms Symonds was a dear friend of Ms Caisey, who attended her funeral. I asked her how she found the strength to do that, especially since cancer claimed this young woman’s life and now she’s facing the same plight.

Ms Caisey replied: “It was hard but I made out. I knew I had to be there.

“Onika, whose nickname was Showtime, was a dear friend of mine since school days. It was sad but I am at peace with it.”

Ms Caisey also extended a big thank you to her family and friends who have helped her along the way.

“I’m very thankful because when you can’t work the bills don’t stop.

“I have HIP insurance but the medical expenses are enormous – I would say they run in the region of hundreds of thousands of dollars.

“For instance, I had to have a CT scan at Lahey, which they don’t have in Bermuda. That bill was $11,000 alone. The insurance covers some of it but you’re still left with a big balance.”

She also expressed her appreciation for her partner, Wayne Tucker, who has stood by her side through it all.

Bermuda Real also contacted one of her sisters yesterday.

On behalf of their mother, Julie Caisey and father Howard Caisey, sisters Damina and Doleta, brother Julian and her one and only son Kemon Simmons, one of Ms Caisey’s sisters extended their gratitude.

The list includes the Department of Marine and Ports where Ms Caisey worked, “all of Tillie’s Basic House client’s, Party People, Southampton Rangers Sports Club, Open Your Heart Foundation, Woody’s, PALS, LCCA, family, and friends and everyone else.

Love You Maria & You Know This – Still Stuck on Tillie – WHO KNEW!

OBA: One Month Later To Reduce Passport Processing Times – Has Any Progress Been Made?’