In the July 17th session of the House of Assembly, during the Motion to Adjourn, MP Derrick Burgess sadly once again used parliamentary privilege to spread misinformation about the the importation of drugs in a Dunkley’s container in 2003 and tried to tie me into the importation of the drugs.

This is pure political spin in my view to take the focus off any challenges of the government. It is noteworthy that it followed my speech during the Motion to Adjourn when I asked questions about the party at Blu which saw numerous violations of a Covid exemption order and then two Ministers resigning.
So, I will take this opportunity to provide anyone who is interested, or does not know actually what happened in 2003, the facts in summary.
Two former employees attempted to import drugs in a company container. I was made aware of suspicious packages by our shipping department before the container was loaded in New Jersey and told them to inform the authorities.
At this point the matter was in the hands of overseas authorities and the BPS. Two local officers questioned my brother and I and then informed us we were not being investigated. They asked if we would help apprehend anyone involved.
Of course we did and we put in place a system to have the packages tracked upon unloading in Bermuda. The BPS took it from there and after following them upon pickup when the container was unloaded three men were arrested. Two were convicted and served time.
They both admit their quilt and the fact that myself nor any other Dunkley’s employee had any knowledge of their plot.
The saga continues; before the 2007 election a YouTube video surfaced in which a former officer made unsubstantiated and totally false allegations about me. As far as I am aware he was not even involved in the case!
Roll forward to after the 2012 election, I was the Minister of National Security and the former officer came to see me in the government office. I was shocked as he was one of the last persons I would expect to come and request time to chat. In short he apologized for the video and I informed him the only way I would accept the apology was if the video was removed. He said he would try but he only filmed it and did not post it.
Also during my tenure as the Minister of National Security a former Opposition Leader used the protection of the House to utter false, malicious and defamatory comments against me. He published them on his Facebook page.
Upon learning of the comments, outside the privilege of the House, I took legal action against him and I was successful. First the Chief Justice and then the Court of Appeal ruled in my favor. The former member lost the case and I was awarded costs.
MP Burgess has done a similar thing and if he were to repeat his comments outside the House and in the public domain he would be met with a similar fate as the then Oppostion Leader.
During the July 24th session of the House of Assembly the Speaker ruled that MP Burgess could not table the document he alleged he was in possession of which he said pertained to the case. The Speaker said he should direct it to the “judical branch.” I have nothing to hide and have no issues if the MP, or anyone else, directs information to anyone for review. In this case it will not amount to anything. He is fishing without bait; attempting to undermine my character and integrity. Plain and simple.
The Speaker asked me to retract my comments as he ruled that I breached standing orders. As I mentioned to the Speaker, I did not think that was correct but if the Speaker feels any part of what I said did then I was happy to retract them.
Interesting that MP Burgess was not asked to retract his comments even though he was not allowed to table the information he said he had! Anyone can listen to the exchange by going on the Bermuda Parliament website.
I hope this information is useful. I am happy to answer any questions.
Finally, politics rightly has the public spotlight on a politician. In doing so it is a shame that there are some who are willing to attack a person’s character without cause. I am far from perfect but this focus on me is wrong and has no substance.
I have broad shoulders and can handle it even as I detest this type of approach. Sadly this type of approach detracts from the ability of every political party in attracting more good candidates as no one wants to be subject to this type of trash.
We can do better. 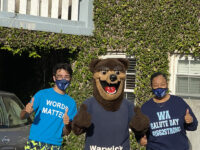