After having answers to parliamentary questions delayed and deferred by the Hon Premier it is not surprising that before the answers were provided today (Monday, March 11) in a Ministerial Statement delivered to this Hon House the Hon. Premier now expresses his support for each Minister not only having an advisor or consultant but also a Ministerial Private Office!

While I keep my ears close to the ground and have enough experience to snuff things out it is shocking that in less than 20 months this PLP Government is losing the faith of many who elected them and now supports a renewal of a friends and family plan.
The delay and deferment of answers to questions was in my opinion because the Hon Premier needed time to come up with this Statement as the answers are shocking in showing that six Ministers and the Premier have had advisors or consultants and the number will grow!
All of this after learning that Pastor Bean received a hefty raise from $92k per year to  $125k per year, because he asked for it…and it was uncovered after questioning…
All of this after learning of a highly paid appointment to a Brussels Office…This is unreal Mr Speaker…
Bermudians are struggling from one end of the island to another, the economy is going backwards, we are likely back in a recession, stores are closing, raises are hard to come by as business is weak, the bungled sugar tax puts a burden on struggling budgets and the government is set to double down on it with amendments tabled, costs all cross the board are rising, even some government departments do not have the promised raise of 2.5 or 2 percent, whichever one the PLP Government ends up paying…but yet, but yet… the PLP deems it appropriate to put well paid advisors and consultants over Bermudians!
But it gets worse Mr Speaker, it gets worse…
The Premier in the statement this morning showed that he now supports the Sage recommendation that Ministers should have a private office to relieve the Permanent Secretary of the day to day tasks associated with Ministers needs.
The Hon Premier then tries to tie it into a 2011 Civil Service Review which the PLP Government at that time rejected or did nothing about!

For the record I did not support that Sage recommendation and that position has not changed.

I find it very interesting that the Hon. Premier now says he supports this recommendation but in the last two budget statements and two Throne Speech’s delivered by the PLP the only mention I could research in regards to Sage recommendations is in the 2017 TS; a commitment to establish three parliamentary oversight committee of the House.
Nothing about consultants for Ministers. Nothing about advisors for Ministers…Nothing about private offices…Nothing…
Mr Speaker I will yield for correction or clarification…since there are none, I have to ask why this policy has just been pulled out of the air?
Why has it only seen the light of day? Why have the actions in approving these positions been kept secret?
Mr Speaker this whole scenario is unacceptable for a number of reasons not the least the current poor fiscal position we find ourselves in…In addition, it is a feeble attempt to justify the spending of taxpayer dollars after being exposed, it goes against the stated public comments of the Minister of Finance regarding fiscal discipline and it shows that a family and friends plan is back in effect.
Furthermore Mr. Speaker, here we are tonight, over halfway through a Budget Debate, and if questions had not been asked, this would have been swept under the carpet and kept in the dark!
Last I checked Mr Speaker the Bermuda Government was in debt and paying over $116 million per year in interest on debt…interest! However, this government signed off by the Premier, has quietly and without transparency, hired numerous advisors or consultants for Ministers and now states they all need a private office and staff?

This is not putting Bermudians first…it is putting yourselves first, second and third. This is not fiscal discipline but tax and spend under the cover of darkness! And Mr Speaker I don’t want to hear anyone from the government side say how hard they all work…it is expected, we did it, many in the past did it and Ministers get paid a good salary for the hard work!
The Hon Premier takes a picture with every movement and makes a big deal of even the smallest things but nary a word or picture of this until pressed and prodded in the People’s House.
Mr Speaker we must do better in these times when many Bermudians struggle, where taxes are rising, the cost of living is rising and about 11 percent of all government revenue goes to pay debt interest!
Mr Speaker , consultants and advisors will always face political smack but this takes it to a new level and why should Bermudians accept it?
While the OBA was the government we faced repeated questions and were always happy to provide answers, be held accountable, we reduced the numbers of consultants retained and taxpayer money spent.
Roll forward Mr Speaker the PLP has taken it to another level…
Many Bermudians have questions, among them why a Minister without portfolio and a Minister in the Cabinet Office announced last year?

Now we learn the Minister without Portfolio has an advisor!

Two of them in the office, a Minister and advisor in an office, daily with no portfolio…Doing what? Now the Minister’s wife is a consultant as well, for Legal Affairs, and often on the talk show it is heard “I am not a lawyer” but I guess she stays in a Holiday  Inn.
Mr Speaker, interesting considering all of this and when you add in the fact that Inter Island Communications has been engaged by the Department of  Communications in a fee for service contract for advertising on IIC stations, when you consider the takeover of the municipalities…
Some of this could be considered wastefulness with borrowed money that the taxpayer will have to fund at some time…and some as a government wanting total power and using taxpayer funding to put out propaganda. Yes propaganda…connect the dots…It can be viewed as the PLP with a super majority setting up its propaganda
machine.
Under the camouflage…yes camouflage, of Government business we have now see party faithful put in place and paid for by the taxpayer to disseminate the PLP political narrative.
As American Express has always said, membership has it privileges.
There is can be little justification for what was uncovered today and it sends a chilling message across the island that this government asks people “to do as I say and not as I do.”
Mr Speaker as I close, while there is no justification for this move be assured the Opposition will not back down in standing and speaking for hard working Bermudians who are now very critical of this government’s actions. 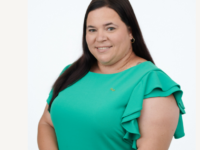 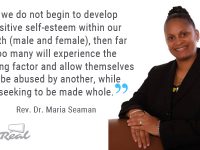