Bermuda has a growing proportion of the population close to being underwater in this economy and with increases in the cost of living coupled with more taxes, I fear that some will find themselves sinking.

The increase in land tax is one area of concern. Those with the two lowest bands of ARV can now look forward to a flat tax of $300. There was much debate around the higher bands of ARV and the higher tax for those brackets, but let’s not forget those who are already struggling who paid much less than $300 and who now face this increase.

Some people may see the increase as small, but when you are struggling to pay day-to-day bills and put food on the table, no increase in tax is small. One reason given for imposing the $300 flat rate was the cost to collect this tax. But wouldn’t it make more sense to waive the tax at this level to alleviate the cost of collecting while also providing relief for the struggling? It would also mean more time to focus on collecting the bigger amounts owed.

The second area of concern is charging a fee on all credit card payment for Government fees.

The same person who is struggling to cover bills may well be surviving by using their credit card to pay them, so using that card to pay Government fees just became more expensive.

In the Budget debate it was said that big companies and wealthy people have been using their cards and collecting airmiles while the Government pays the credit card fees – by the way, these are the same fees the retail sector, which has seen nine consecutive falls in sales volume – has to eat for the convenience of customers using cards.

If the focus was on the abusers, why hit the struggling Bermudian with the same fee? Couldn’t Government look at a threshold for payment via credit card which allows the lower end users to use their cards without having the added fee imposed on to them? Not doing so only penalizes the less affluent. 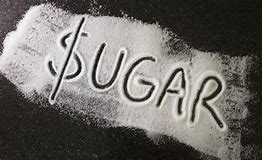 The third area of concern is the Sugar Tax.

The theory of reducing the consumption of sugar so that we can have a healthier community is sound, but is the implementation of a Sugar Tax to control the purchase of the drug sugar the answer?

We have an epidemic of diabetes – with resulting amputations – that we must address, but the problem is larger than sugar consumption. The overall diet in Bermuda has to be addressed, however the healthy choices are expensive and there has been very little focus on reducing the cost of healthier food.

I worry that the Sugar Tax will follow the path of the so-called sin taxes – on alcohol and tobacco. Every year these taxes go up and most people, unfortunately, seem to pay very little attention and continue to purchase them. I fear the same will happen with things like candy, cookies and cakes – the cost will be high but their consumption will continue and the cost of groceries will increase, adversely affecting those less well off.

Increasing tax on the struggling can only increase the amount of people that are struggling and make it harder for those who are already struggling to survive. This is the real impact of this Budget.

Op-Ed: Government’s Good Intentions Are Simply Misguided’ & ‘Based On A Party Platform Of Yesteryear