Opposition leader Jeanne Atherden told MPs that the One Bermuda Alliance (OBA) “laid the foundation” for Bermuda’s economy today, in her Reply to the Budget on Friday.

But the speech and claim that “the OBA paved the way”, was labelled “uninspirational” by her parliamentary counterpart, Wayne Furbert, the Junior Minister of Finance.

“We have bough Bermuda this far. Bermudians are relying on the Government to take us the rest of the way,” said Ms Atherden.

Despite her party’s massive defeat at the polls last year, she said the 2017-18 economic results “are really the OBA’s results, because of when the new Government came to power”. 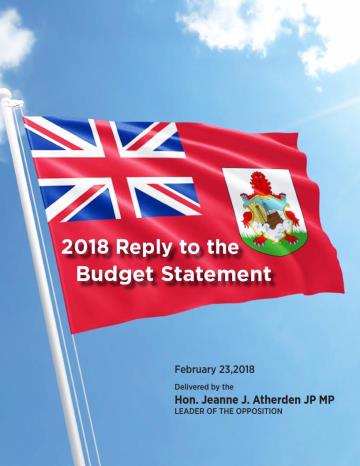 Ms Atherden told MPs that it was simply “amazing” that the Progressive Labour Party (PLP) has refused to give credit where credit is due on the economic impact of the America’s Cup – “one of the most important projects which the OBA government realized”.

And she maintained that the “outstanding fiscal performance is borne out in the America’s Cup Review Report which confirms the overall positive impact on this historic event on Bermuda and Bermudians”.

“It should be noted that the America’s Cup Review Report has not yet been formally released to the public. As well, the Government has not acknowledged that the expenditure on this event produced the desired results and was a fiscally prudent risk/reward revenue growth option,” she said.

“This tourism success was also coupled with success in other critical economic areas.”

Her comments drew criticism from Junior Minister of Finance, Wayne Furbert, who challenged the OBA for re-directing $25 million from the Bermuda Hospitals Board to fund the 35th America’s Cup.

But overall, Mr Furbert said the Opposition’s Reply to the Budget was “the most uninspirational Reply I have ever listened to”.

Ms Atherden continued and listed the following as examples of what the OBA  Government delivered on:

Overall, she said: “The proposed new PLP growth initiatives are uncertain especially given that there are no revenues attributed to them in the current year’s Budget.

“Instead, the choice faced by Bermuda in early 2013 was between continued PLP insolvency and financial survival. We chose the latter. And Premier Burt stands here as the beneficiary of that choice,” she said.

“The OBA stopped the decline in the economy by improving the efficiency of Government without laying off Government workers.

“We brought public spending under control, while ensuring key investments, such as: 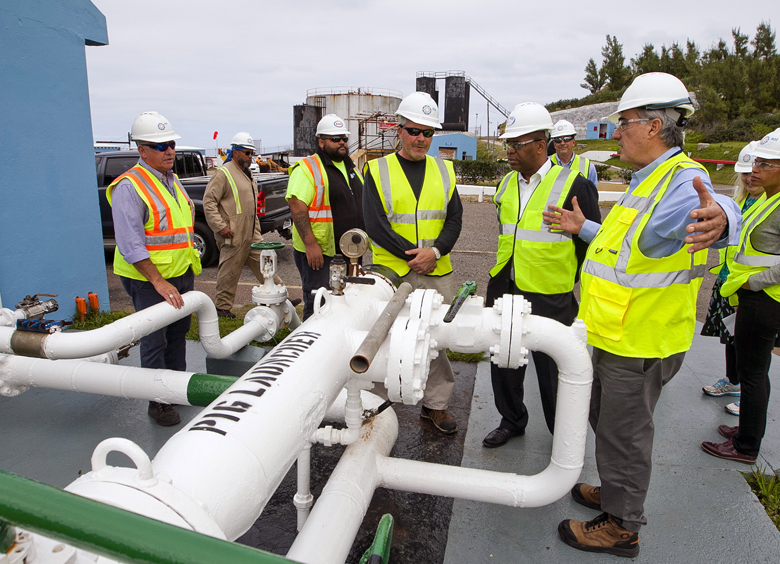 “These projects resulted in creation of jobs for Bermudians and other benefits of which have been felt by single parents, couples, university students, senior citizens,” Ms Atherden said.

While she supported the proposed tax of notional salaries, which is expected to raise $10 million, she expressed concern that its implementation will put pressure on the Tax Commissioner’s office.

Said Ms Atherden: “Our concerns centre on the implementation of the tax, on Government’s ability to collect these taxes and on the pressures that this initiative will place on the Office of the Tax Commissioner.

“We look forward to further information from the Government on this.”

As a member of the newly formed Tax Reform Commission, she said she has embraced the commissions goals, and “like every Bermudian” looks forward to concluding the review.

On the proposed sugar tax set to go into effect next month, she said: “As is always the case, the devil will be in the detail.

“We cannot meaningfully comment on this in the absence of further information as to what will be taxed, what levels of taxes will be set and how this will be implemented.

“To that end, we look forward to the results of the current consultation process and to what policy proposals will result.

“However, I do note with interest a clear commitment to a sugar tax in the Budget Statement without any clear statement on its effect on Government revenues or expenditures in the upcoming financial year.”