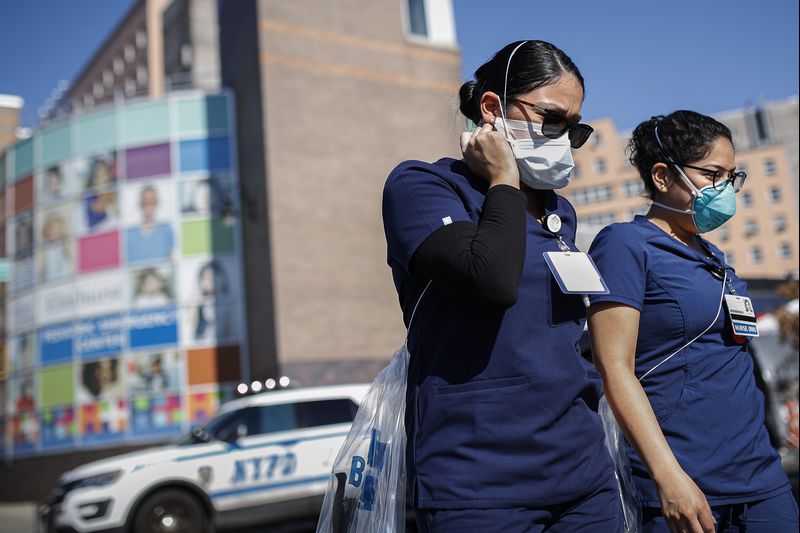 New York Mayor Bill de Blasio warned Friday that the nation’s coronavirus epicenter will need outside assistance to handle the pandemic after next weekend, with city resources already stretched thin by the 26,697 confirmed cases in the five boroughs and 450 deaths.

“We need to focus increasingly on our healthcare personnel,” the mayor said at his daily City Hall update. “This is a decisive moment for New York City … We remain the epicenter of the crisis.”

New York Daily News reports the mayor, who spoke earlier with President Trump, said the city was “not where we need to be yet” in terms of federal support — specifically citing the need for 15,000 ventilators.

“We are not kidding about that number,” said the mayor, who mentioned the need for additional masks, gowns, gloves and face shields.

The mayor also warned city residents to brace for a long slog ahead, and called for the military to be “mobilized fully” going forward.

The mayor also issued a call for a citywide rent freeze to last through the end of 2020, calling on state officials to make that happen, the report added.

“He expects 500,000 New Yorkers to join the unemployment rolls by the end of the crisis.

“As of Friday night, there are nearly 600,000 cases across the globe, a number that has doubled in less than a week according to data compiled by Johns Hopkins University.

“The world hit 400,000 on Tuesday afternoon and crossed the half-million mark around the same time Thursday.

“So far, the US has seen more than 1,600 deaths as it struggles to grapple with the virus. Of those deaths, 450 have been in New York City, making up the majority of the more than 600 deaths in the state.

“Globally, more than 27,000 people have died from COVID-19. Italy has so far been the hardest-hit nation, with more than 9,100 deaths. Spain has now also surpassed China’s death toll, as more than 5,000 people in the country have died.

“In the past week, most new cases have been confirmed in the United States and Europe. This rise in confirmed cases comes alongside expanded testing in many countries.