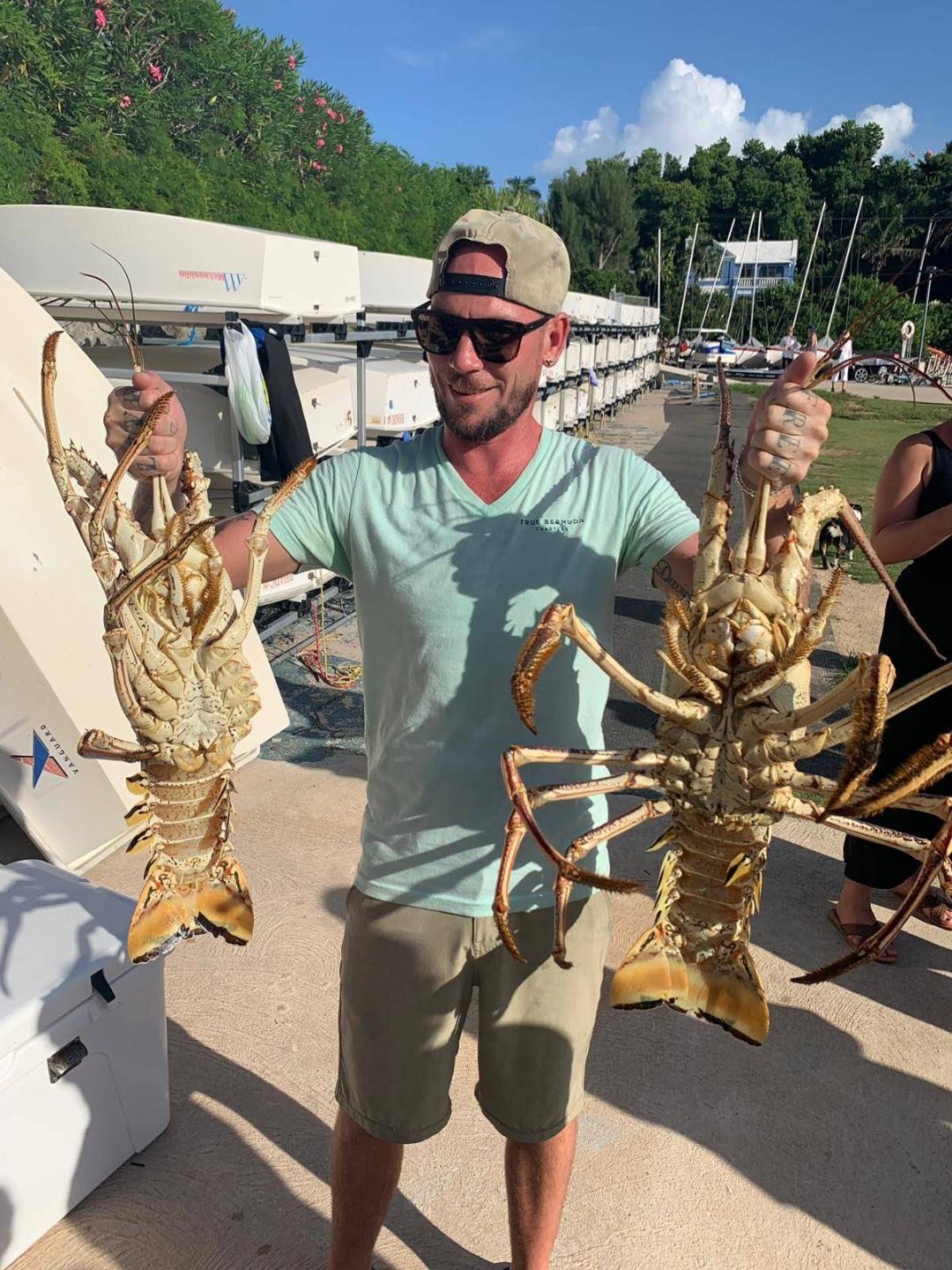 Making Waves made a few waves this year, in their 21st official lobster tournament, when Nigel Davies landed his record breaking lobster.

As it turns out, the 12.lbs 5 oz crustacean broke the previous record for the biggest catch by one pound.

“We also came first as a team with 47 lbs 10 oz, and my captain, Josh Crockwell, got the second biggest lobster, I think it was 7 lb 8oz,”

Without “True Bermuda and Josh,” he said: “It would not be possible without the team and my diving sense – LOL!”

About 100 divers participated in the tournament this year, which was co-sponsored by Goslings, Maui Jim sunglasses and Spar Yard Marine Solutions.

It is often said, the bigger the lobster – the tougher the meat. Asked how the record-breaking lobster turned out on the dinner table, Mr Davies replied: “I didn’t eat the trophy I gave it to my captain Josh – he taught me all I know.

Guess we’ll have to catch up with Josh to find out the answer to the taste-test question.

In any case, congratulations! And special thanks to your father for providing BermudaReal.com with the link! 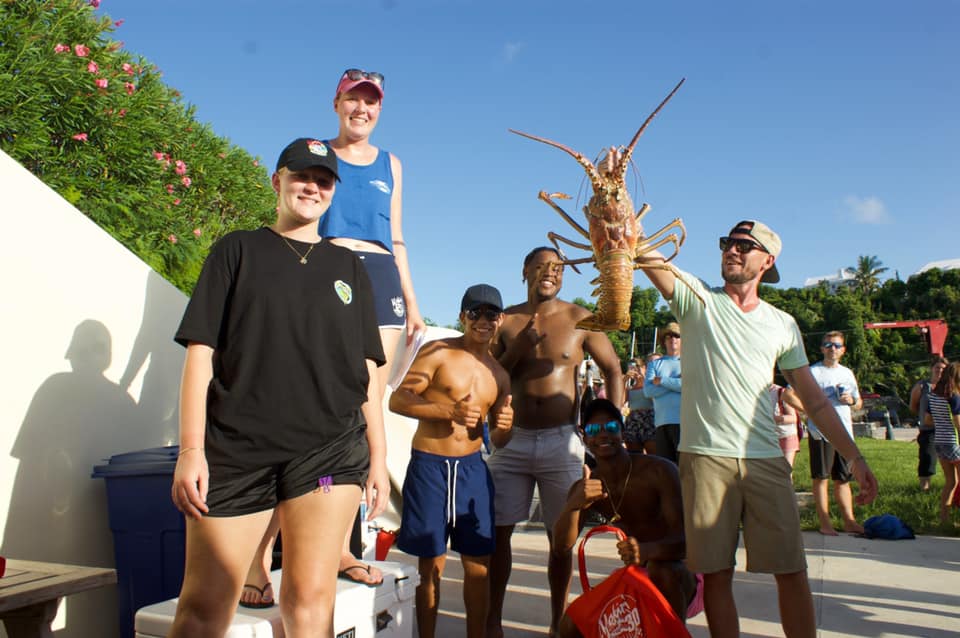