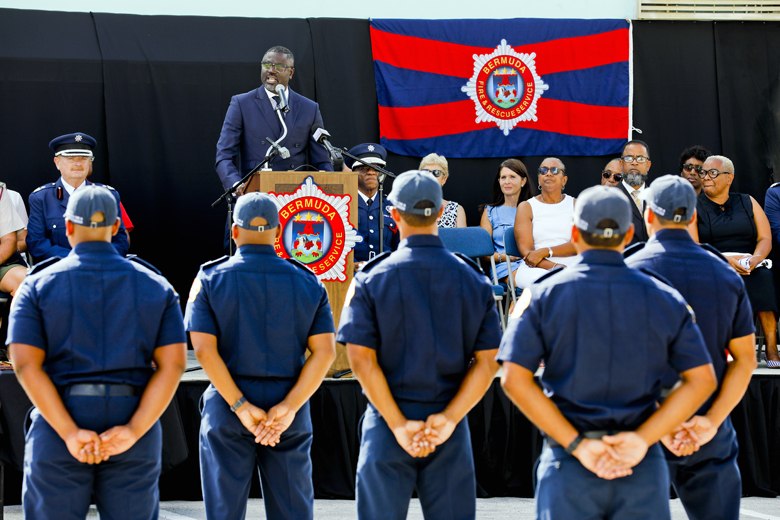 Bermuda’s first new female recruit in 20 years joined the ranks with the newest group of 13 firefighters, who celebrated their passing-out ceremony on Thursday.

Dy-Ann Simmons joined the Bermuda Fire and Rescue Service with her new colleagues after more than six months of intense training.

All the cadets who were accepted into the programme succeeded.

Minister of National Security, Wayne Caines commended the recruits for their hard work and dedication.

He also recalled speaking with them in February, when the programme began. 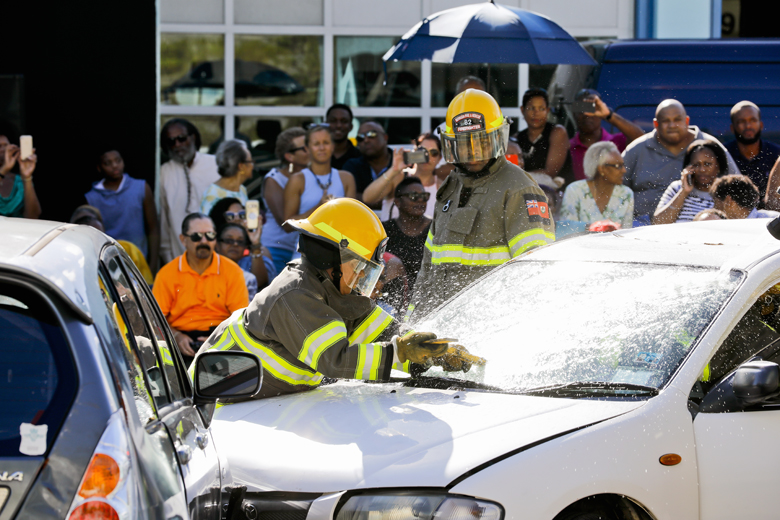 “Another person said they had been doing a specific job and they wanted to have something with further meaning in their life.

“We went to each and every one of you, and on that first day you shared your dreams, your aspirations and the reason you wanted to become a firefighter,” said Mr Caines.

“I am pleased to see that now all of you that started on February 1 are here together.”   He added: “I think this is a day as a country that we could be very proud of. You represent the best of who we are.” 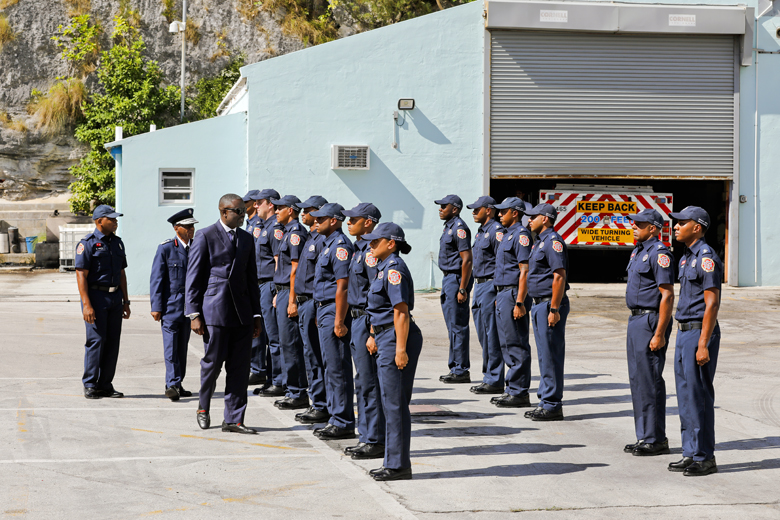 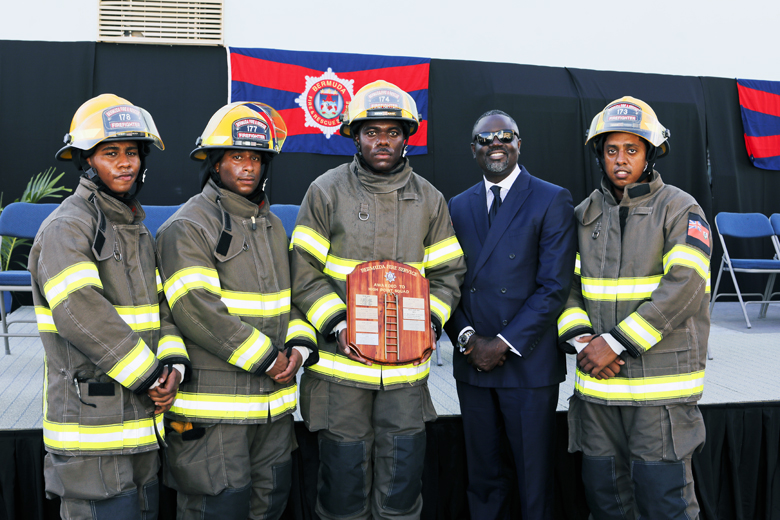 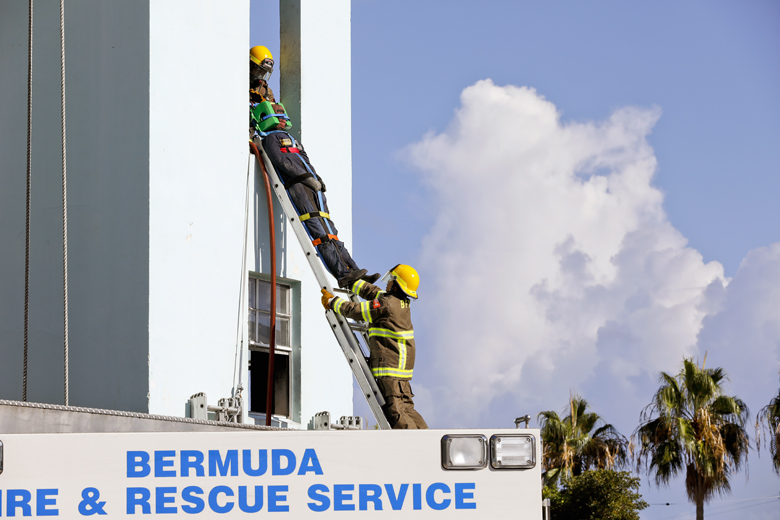