The Guardian: LONDON, England, By Phillip Inman – Britain’s small businesses should expect trade with the EU to be “permanently damaged” from 1 January, the refrigerated supply chain trade body has said, after new customs checks take effect that it says will make imports from the bloc “more expensive, less flexible and much slower”. 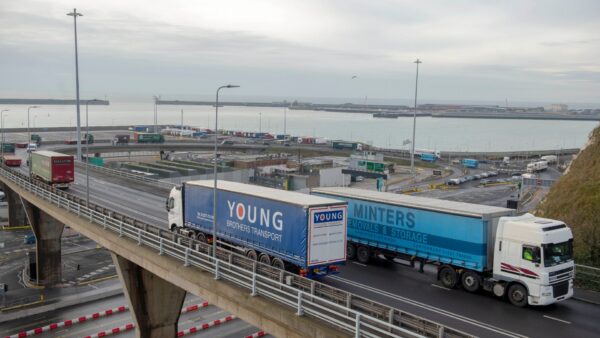 Amid growing public dismay at the negative impact of Brexit, the Cold Chain Federation said speciality food imports could face the same 70% decline that affected exports of food by small businesses this year after Britain quit the EU single market and customs union.

Extra costs that amount to £300 to £400 for each consignment will mean sales of food to EU countries in small batches could become uneconomic, said the CCF, which lobbies on behalf of firms that transport frozen and chilled goods.

“The big casualty of these trade barriers is the business that needs to import small and frequent quantities across borders – a pallet load of speciality cheeses or boxes of onion powder. This is the sort of trade that is going to suffer,” said Shane Brennan, the federation’s chief executive.

Business groups have called on the government to soften its stance in negotiations with the EU to prevent a collapse in trade with the 27-member bloc. But while ministers have agreed to extend the deadline for veterinary checks on food crossing the border, there has been little progress on cutting red tape.

Mike Cherry, the chair of the Federation of Small Businesses, said a survey in the autumn showed only a quarter of firms were prepared for the introduction of full import checks.

“We don’t have any indication that the level of preparedness has improved, especially as the festive trading season has been so disrupted yet again,” he said, adding that one in five small firms that do business internationally had given up selling to clients in the EU since the transition period on exports ended.

Rising food prices have played a large part in the increase in inflation over the past six months, and economists fear higher import charges will push up prices further, forcing the Bank of England to increase interest rates at a faster pace than anticipated.

The consumer prices index reached 5.2% in November and is expected to rise above 6% in the spring as higher food import costs and an increase in gas prices push up the cost of living.

This week Simon Spurrell, a co-founder of the Cheshire Cheese Company, said the hard Brexit pushed through by Boris Johnson was the “biggest disaster that any government has ever negotiated in the history of trade negotiations”. Cheese makers are among the sub-sectors of the food and drink industry to be hardest hit by new trade barriers.

UK food and drink exports to the EU fell by 24% in the first nine months of 2021, according to figures from the Food and Drink Federation, which said the slump helped knock the sector’s exports by £2.7bn between January and September compared with pre-pandemic levels.

Brennan said exports that occupy only a fraction of a container had suffered the most from extra customs checks on exports, and that was likely to be repeated when checks also apply to imports.

He said importers would need to satisfy safety rules, provide customer declarations and have the necessary paperwork to ensure goods move through ports. “And all these must be synchronised to prevent things being even slower,” he said.

Cherry said: “Unless the government steps in with more support, the situation is set to worsen.”

The Institute of Directors said its economic confidence index had tumbled from – on November 6 to -17 this month, a sign of nervousness among business owners about the UK’s economic prospects.

It said three-quarters of company directors expected costs to rise in the next 12 months, and most said they would raise prices to either fully or partially offset the rise in costs.

The Trades Union Congress said new checks on goods coming into the UK would damage the UK’s position as an important trading nation and the drive to create high-paying employment.