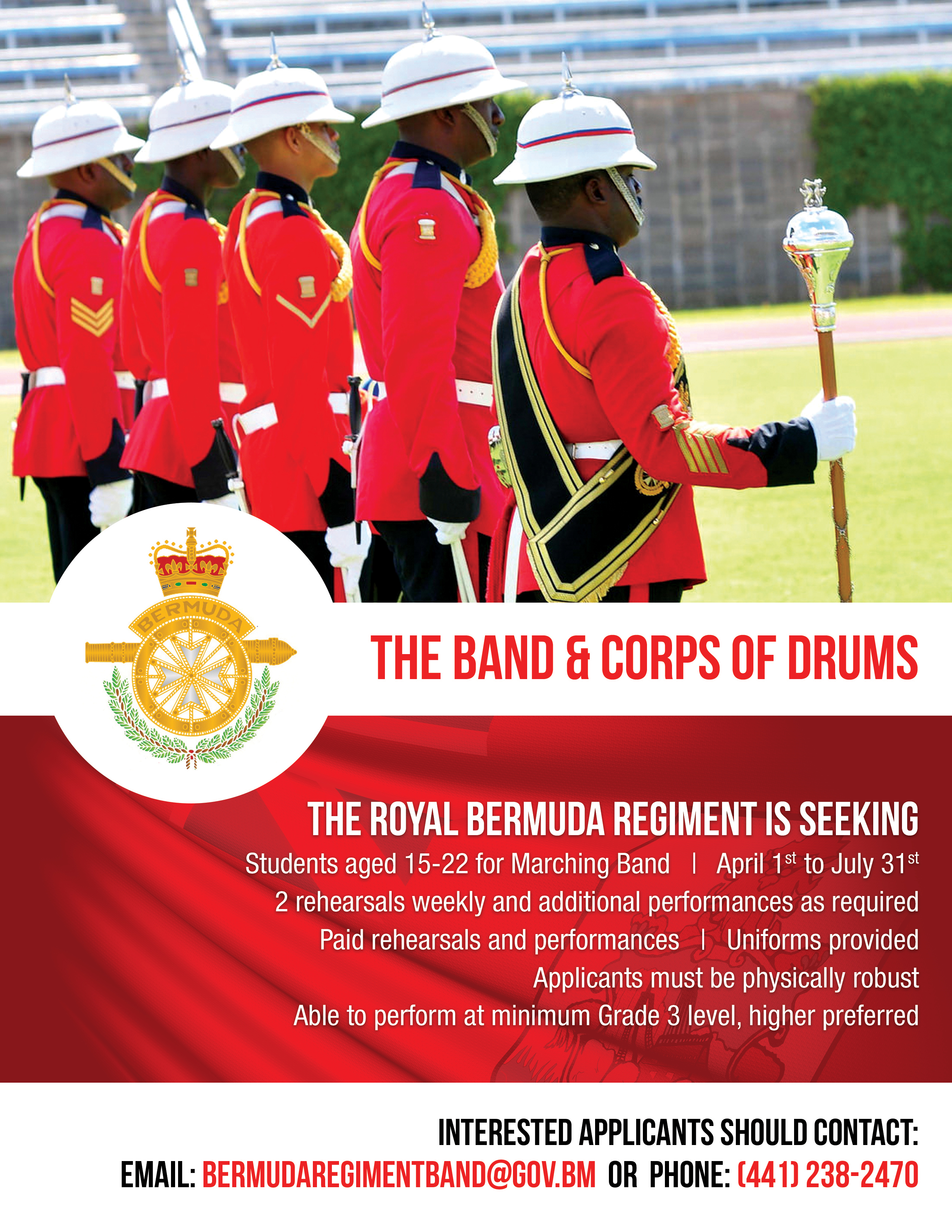 The Royal Bermuda Regiment (RBR) is inviting young musicians to join the ranks of the Regiment Band and Corps of Drums for the summer.

According to Major Dwight Robinson, Director of Music, the RBR Summer Employment initiative is an opportunity for students aged 15 to 22 to play alongside the talented members of the band as they entertain audiences across the Island.

Major Robinson notes that students will be engaged in the same musical training and performance as the regular part-time members of the band. They will also be provided with uniforms and be paid for their time.

The students will not be required for any other operational considerations taken on by the Regiment.

Rehearsals are twice weekly with performances once every two weeks.

Upon conclusion of the summer programme, students can discontinue their service without any further obligation to the battalion.

The initiative provides a chance for students to continue to play on their instruments during the summer break and minimize the performance gaps which typically come with the break from their regular schooling.