Fresh at the helm as Minister of Tourism and Transport, Zane DeSilva stated today that it may be time to take a serious look at installing traffic lights or other safety measures at the Barker’s Hill round-about in Devonshire – known as a frequent accident spot that’s deadly.

While noting that he hasn’t been there “but one hour”, when contacted by Bermuda Real in follow up to his appointment on a number of transport issues, including the fact that we have seen a number of motorists arrested at the scene of accidents on suspicion of impaired driving, including the truck driver involved in the most recent road traffic fatality.

As the new Minister of Transport, Mr DeSilva said he was “disappointed that some of our people continue to drink and drive”.

“We, as a country, have to continue to encourage our friends, family and loved ones NOT to drink and drive and also to drive as carefully as possible, at all times.”

On added safety measures at the Barker’s Hill round-about, he said: “Im sure we will look at this going forward.”

On the ongoing issue with buses or the lack of them, the Minister noted that “discussions with the bus operators continue”.

And on that note he added: “I’m hopeful we can come to an agreement very soon”.

Meanwhile, bus cancellations continue daily with mixed reviews on the roster being proposed for a reduced number of buses to work the schedule.

The first of four new buses arrived on the island in January with more expected in due course.

Premier David Burt pledged $3 million to boost the island’s bus fleet in the last Budget Statement, which took effect on April 1 through to the end of March next year.

The funds were earmarked to buy eight new buses. 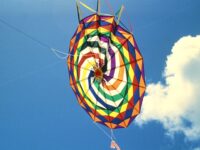 BELCO Advises The Public To Exercise Caution When Flying Kites