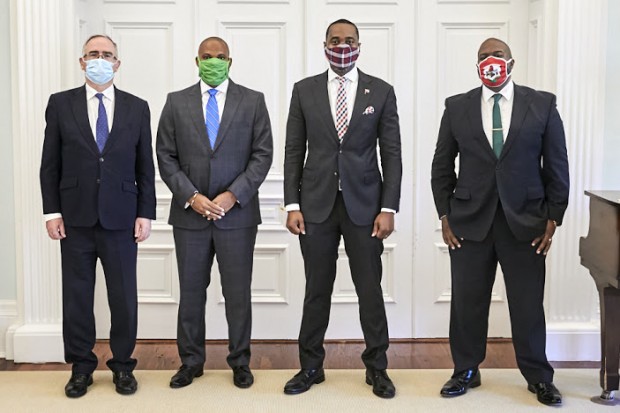 As first reported by TNN  the Government confirmed the Cabinet shuffle that saw Jason Hayward sworn in as the new Minister of Labour, with responsibility for Immigration and Workforce Development on Thursday.

Speaking at the swearing in ceremony at Government House, Premier David Burt stated that “the historic arguments and hardened positions on immigration in Bermuda may not have changed”.

But he said: “The economic impact of the pandemic means that there is an urgency in this area that demands the focus of a single minister and ministry.

“With the creation of this Ministry of Labour, I have determined to unite the areas of Government that promote the training and employment of Bermudians with the unit that can serve to protect their interests when they seek employment for which they are qualified.

“We must put our people back to work now and prepare those displaced by the pandemic to assume the jobs that will be created as we recover.

“Adding Financial Assistance to this mix will ensure that there is no gap between returning to work those able-bodied men and women who may have fallen on hard times. 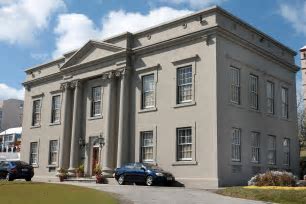 “Consistent with my responsibilities for economic development, I have assumed responsibility for the Bermuda Casino Gaming Commission,” he added.

The changes also saw Jamahl Simmons downgraded to a Junior Minister, who will assist the Premier with communications.

“His insight and shrewd advice about how to distill messages for the consumption of busy, hard-working men and women is an asset to the important task of informing the public of their Government’s work on their behalf,” said Mr Burt.

“I thank Minister Simmons for making the sacrifice and continuing on as a Junior Minister to ensure that the size of the Cabinet is not expanded in this era of tight budgets. His willingness to continue to serve epitomizes the sprit required of all of us.”

Lieutenant-Colonel David Burch, the Minister of Public Works, now has authority over municipalities.

The Department of Workforce Development was previously held by Minister Lovitta Foggo, under the Ministry of Labour, Community Affairs and Sports.

“Work permits are a regulation of labour matter, and I think it works very well with the labour ministry,” said Mr Burt.

Deputy Premier and Minister of Home Affairs, Walter Roban, will take on the land valuation department.

The parliamentary register, intellectual property, in addition to the policy and strategy section has been moved to Wayne Furbert, the Minister for the Cabinet Office.