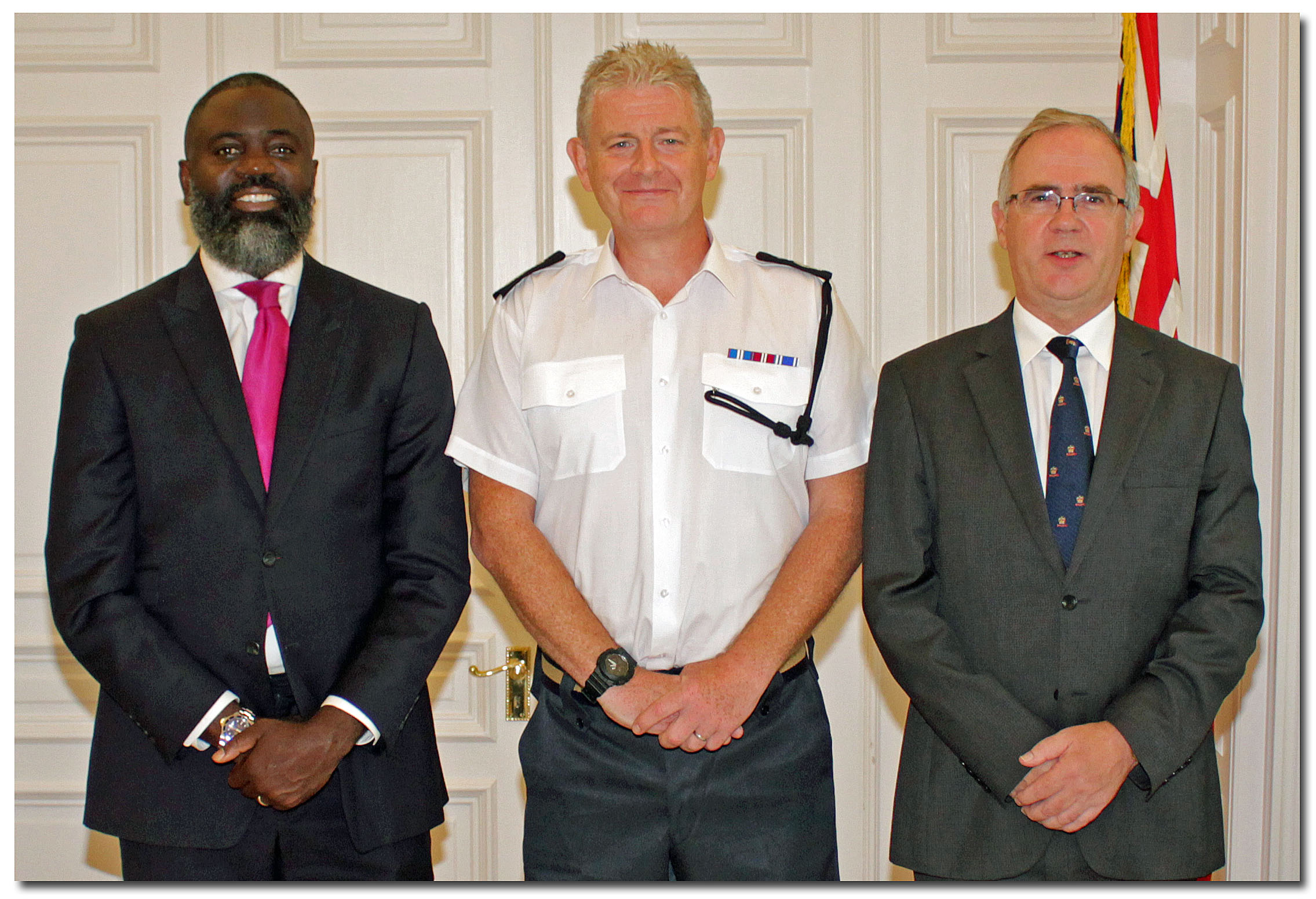 The Governor welcomed the new Commissioner and his family to the island. He noted the skills and experience Mr Corbishley would bring to his new role and wished him well in his work. He also thanked Deputy Commissioner Paul Wright for his period as Acting Commissioner of Police and for his continued service to Bermuda.

Commissioner  Corbishley in turn looked forward to working with the Governor, the Minister of National Security and his new colleagues in the Bermuda Police Service.

Mr Corbishley’s appointment was announced by the Governor on May 31 following an open recruitment process.

Mr Corbishley previously served with Kent Police in the UK and has held command positions in both operational and crime divisions in UK policing . He also has considerable strategic experience, including through a secondment to the UK’s National Crime Agency and is widely respected for his strong partnership approach to policing.

How Will Pandemic End? Omicron Clouds Forecasts For Endgame