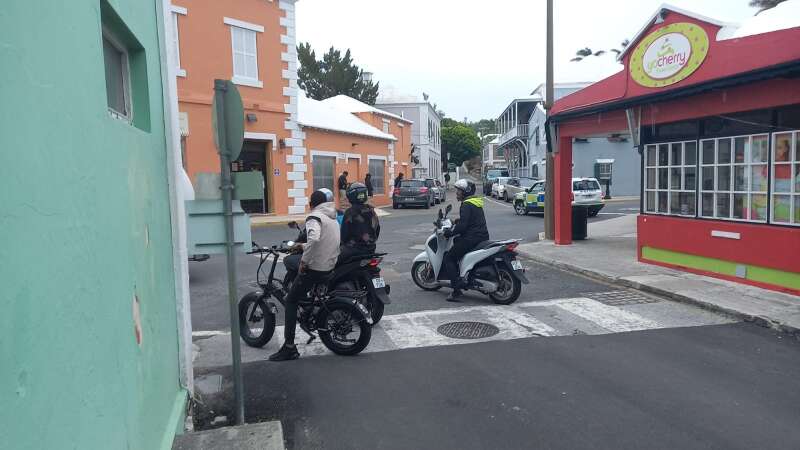 National Security Minister Renée Ming expressed concern that the island recorded another shooting incident “in the midst of our country’s fight against the latest COVID-19 outbreak”.

The Minister’s statement came hard on the heels of Bermuda’s latest shooting incident that left a 22-year-old Pembroke man with multiple gun shot wounds while working on the job at a trenching site near Somers Garden on Tuesday (March 30).

He was rushed to the hospital’s Emergency Department in a private vehicle for non-life threatening injuries.

In a statement released last night, Minister Ming said: “Regrettably we had a firearms incident in the midst of our country’s fight against the latest COVID-19 outbreak.

“My thoughts are with the victim, his family and everyone who has been impacted by this act of anti-social behaviour.

“Gun violence has no place in our neighbourhoods, and this incident is extremely concerning, particularly because our people are already weary and anxious at having to deal with the current pandemic challenges we face.”

Minister Ming, who is also a St George’s resident also appealed to anyone who has any information about this incident “to please share what you know with the police”.

“The public can be reassured that the Gang Violence Reduction Team is available to offer assistance,” she said.

“As a community cannot allow senseless acts of violence to become our norm; we are better together.”

Police are not on the look out for two suspects on a dark coloured motorcycle without a licence plate.

A spokesman said the rider was wearing a white helmet and the pillion passenger was described as light brown complexioned with a thick moustache, who was wearing a black helmet and a colourful jacket.

They were pursued by police while leaving the scene but the police lost sight of them in the Paynters Road, Harrington Sound area.

The Bermuda Police Service (BPS) is treating this shooting as a gang related incident.

Assistant Commissioner of Police Antoine Daniels said at the scene: “Even though at this stage the 22-year-old man’s injuries are not believed to be life threatening, that does not take away the callous nature of this incident.

“It is unfortunate that this happened in broad daylight, openly on a street – which shows the length these young men will go to get at each other.”

Police Commissioner Stephen Corbishley added: “The BPS is taking this incident seriously and continues to monitor current gang tensions. Someone knows who the perpetrators are. I urge those that can assist in bringing the offenders to justice to come forward and assure that any information provided will be treated in the strictest confidence.” 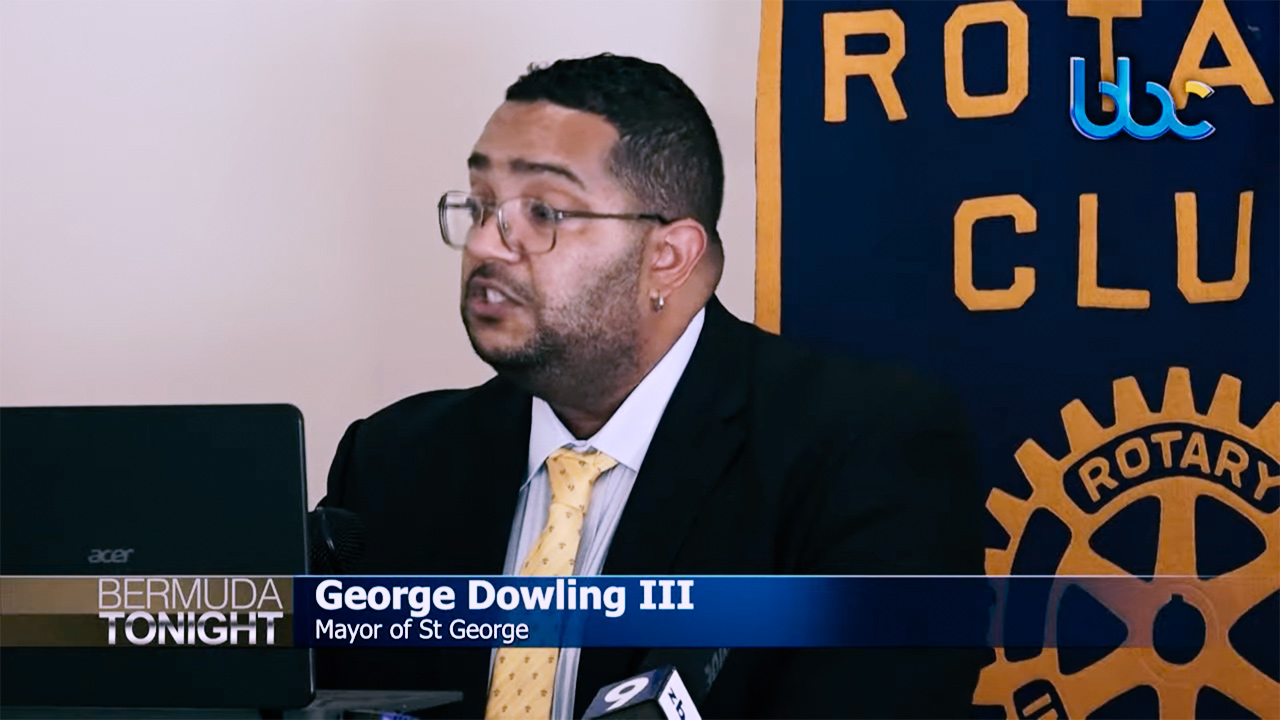 Meanwhile, the Mayor of St George’s, George Dowling III, has called for calm in the wake of this latest shooting on York Street.

“The incident is disheartening and the Mayor calls for calm during this time,” he said.

“The incident is unfortunate as the community is dealing with the effects of the COVID-19 pandemic. This adds an unnecessary negative aspect to life in the community.

“The public is urged to contact the Bermuda Police Service or Crime Stoppers with any information they may have regarding the incident.”

On that note, he added: “The Corporation and St. George’s businesses is striving to revitalize the Town and incidents of this nature puts a blemish on all the hard work being done.”

Premier David Burt opened the latest COVID briefing saying: “I am disappointed to have to start today’s press conference with the announcement of a shooting in St George this afternoon.”

The investigation continues with an appeal for “any witnesses or members of the public with relevant details” to call the Serious Crime Unit on 247-1739, or the independent and confidential Crime Stoppers hotline, 800-8477.