Former Premier Michael Dunkley has called on Government Ministers to clear up questions arising out of planned trip to New York involving politicians, within days of the sudden death of former Independent MP, the late Shawn Crockwell.

In a heated exchange in the House on Friday, Progressive Labour Party (PLP) backbencher Kim Swan accused Mr Dunkley of hypocrisy, when the former One Bermuda Alliance (OBA) leader told MPs that he was raising questions “for government members who profess to want to always be open and accountable and transparent”.

He was referring to the alleged trip planned involving then Opposition leader David Burt, who is now that Premier, PLP MP Zane DeSilva and former Independent MPs Mark Pettingill and Mr Crockwell.

“The easiest way to deal with the problem is not to protest where the information came from, but to state what the intention of the alleged planned trip was and move on from there,” said Mr Dunkley.

Deputy Speaker Derrick Burgess raised a point of order saying there was “no government business, no government minister, in that trip”. But Mr Dunkley insisted that he and his colleagues would keep asking questions.

“If the Honourable Members do no clear this up, that’s one more nail in the coffin of gaming,” he said. And “constant criticism” of the Bermuda Gaming Commission’s outgoing Executive Director, Richard Schuetz, has only served to block progress in his view.

“I am very concerned that if we don’t conduct ourselves in a proper way to move forward, gaming will never happen in Bermuda,” he said. But Mr Swan noted that the former OBA administration “failed to deliver the promised referendum on gaming”. He also accused the Opposition of “getting all wound up on that side about an alleged trip that didn’t take place”.

“If my memory serves me correctly, there was a government where a trip actually took place,” said Mr Swan, referring to ‘Jetgate’.

Opposition leader Patricia Gordon-Pamplin interjected to say that she had mentioned no names in her Reply to the Throne Speech. But PLP MP Zane DeSilva said the OBA leader tried to trick the people of Bermuda by using something she “got off social media or perhaps a police friend”.

As the Opposition, Mr Dunkley said the PLP was very critical of the OBA’s approach, and in some cases “rightly so”. But he said much of the push back “consisted of unfair criticism, misinformation, or unwarranted personal attacks” in the House, where members have certain immunity”. And all of this “impeded” progress in his opinion.

“So now the shoe is on the other foot and the same members who complained about gaming as an Opposition have to now deal with it as the government. Time is not on their side and actions speak louder than words. Since becoming the government very little has been done or said, other than to deny and protest the Opposition’s comments or not answer questions.”

Despite “the protestations last week”, he said Bermuda’s reputation as a jurisdiction must be protected. And further questions must be asked on why the MPs planned to meet and stay at the Four Seasons Hotel in downtown Manhattan.

“If the planned trip was not about gaming then what was it? The Honourable Member from C29 (MP DeSilva) asked where the Opposition leader supposedly obtained the information, but he never denied it or dismissed it as incorrect,” said Mr Dunkley.

“Last week he doth protest too much but that only deepened the serious mystery. I don’t care if these ‘strange bedfellows’ go to NYC, or even Timbuktu, but when it comes to Bermuda, the progress of our people, and our reputation as a jurisdiction, I care greatly and will never be deterred, or shy from standing up and asking questions. This curious, now serious intended rendezvous, and lack of answers, has caused me to reflect deeply on gaming,” he added.

Reflecting on the recent public meeting held by the PLP to discuss problem gaming, he said there were two panelists from a company that sells gaming systems. “I found this meeting strange and worrying. The panel consisted almost completely of people selling gaming systems with two from Banyan Gaming. So what really was the purpose of the meeting?

“Any gaming jurisdiction must rightly be concerned about corruption, fraud, money laundering and problems gaming. So before licenses are issued the jurisdiction must enact legislation and regulations that prohibit as much as possible the ability for nefarious activity.”

He also cited the absence of bank support for gaming in Bermuda as a very “real and pressing concern”. “It was never going to be an easy road to obtain a banking partner for a licensed Bermuda casino, we realized that from the beginning and that is why we worked so hard to dot all the i’s and cross all the t’s.

“A banking partner is even more difficult due to the strong financial oversight and compliance that is typical in doing business today but even more so in an industry such as gaming,” he said.

“When you couple all of this with questionable actions by people and the lack of strong regulation to date, we are in serious jeopardy of ever, getting gaming off the ground. And if this is the end result, then only the current government is to blame.

In closing, he said both he and members of the Opposition “are willing to work with the government for the good of Bermuda.” But he said: “To do this private and personal interests must be set aside.” 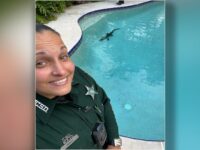 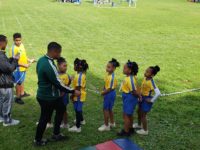