The family of the late Terry ‘Termite’ Simmons were more than touched and honoured by the moving tribute in the 2017 Bermuda Gombey Festival, where more than 1,200 fans turned out at the Main Show Ring at the Botanical Gardens last weekend.

Mr Simmons, tragically lost his life in what would be the first road traffic fatality recorded earlier this year. The 62-year-old Pembroke resident, a well known veteran gombey dancer and leader for many years, was seriously injured in a single vehicle motorcycle accident that occurred on North Shore Road in Hamilton Parish near the junction with Radnor Road around 12:40am on Thursday, January 19th.

At last check, the investigation into this fatal collision, the first of the year, continues.

Shortly after his untimely passing Robert Wilson posted the following statement on Bermuda Gombey Trackers’ Facebook page with photographs of the man fondly known to so many as ‘Termite’:

“It’s with great sadness that we wake to yet another loss of one of our gombey elders… Termite was a big lover of gombeys more than lots of people… He loved talking about history and even if you were not dancing in his group he always encouraged you to keep the tradition going and that’s what I loved and will really miss about Uncle Termite. And with that said I would like to send my condolences from my group (Gombey Evolution) to his daughter, his family and also to H&H Gombeys and Places Gombeys. One Love Everyone, RIP Uncle Termite.”

Several members of his family turned out on Saturday to see the 2017 Bermuda International Gombey Festival, which was extended for the first time from a one-day event to an entire four-day weekend of events. 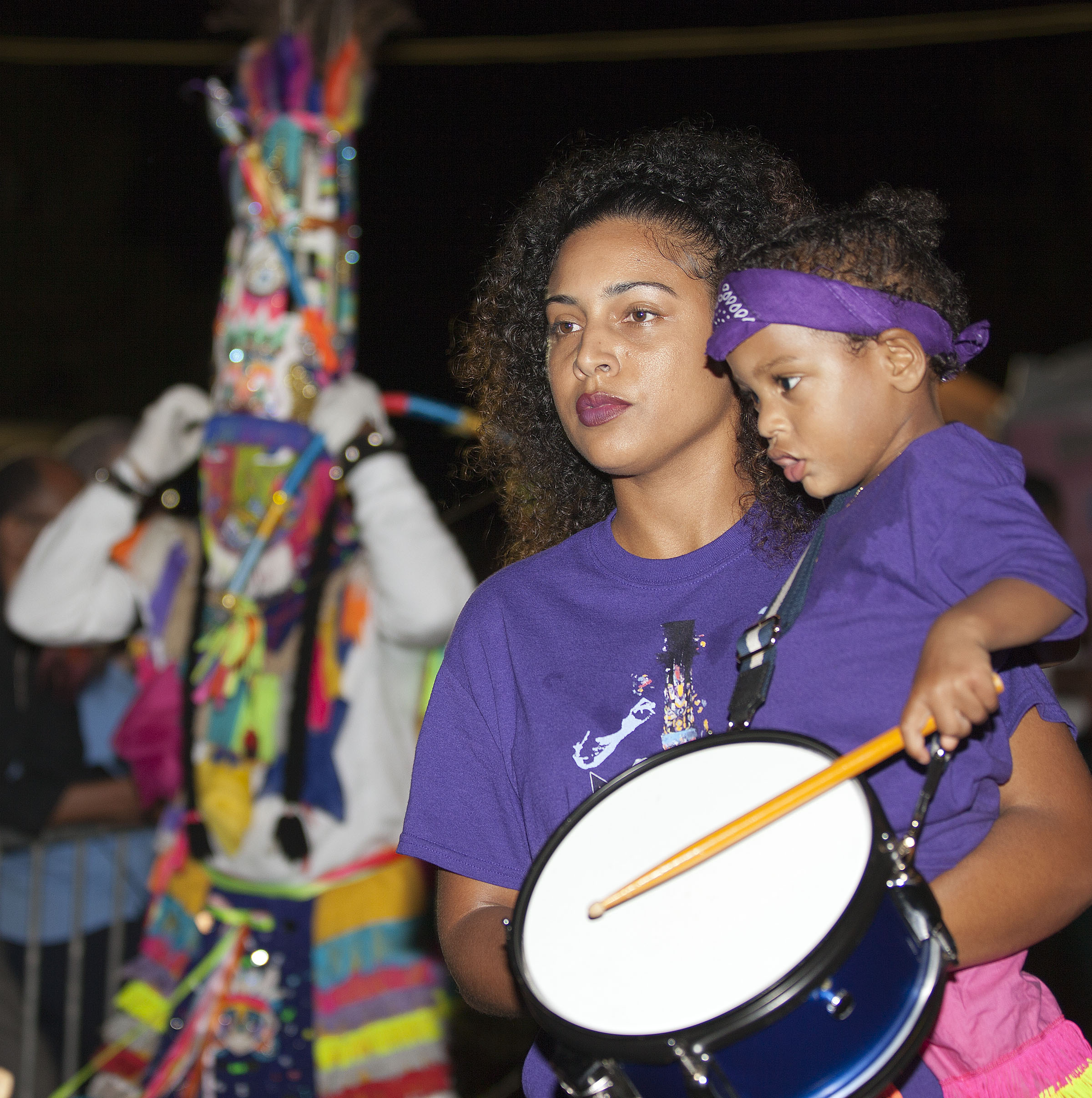 In the lead up to the main event this year, the department charged with organizing the event said the individual being honoured this year is the late ‘Termite’ Simmons.

More than 1,200 people turned out at the showcase event in the Main Show Ring at the Bermuda Botanical Gardens on Saturday.

Residents and visitors alike were encouraged to bring a blanket or chair and head to the hillside or bleachers to watch Bermuda’s Gombey troupes display their passion and artistry in the annual showcase, with special guests. 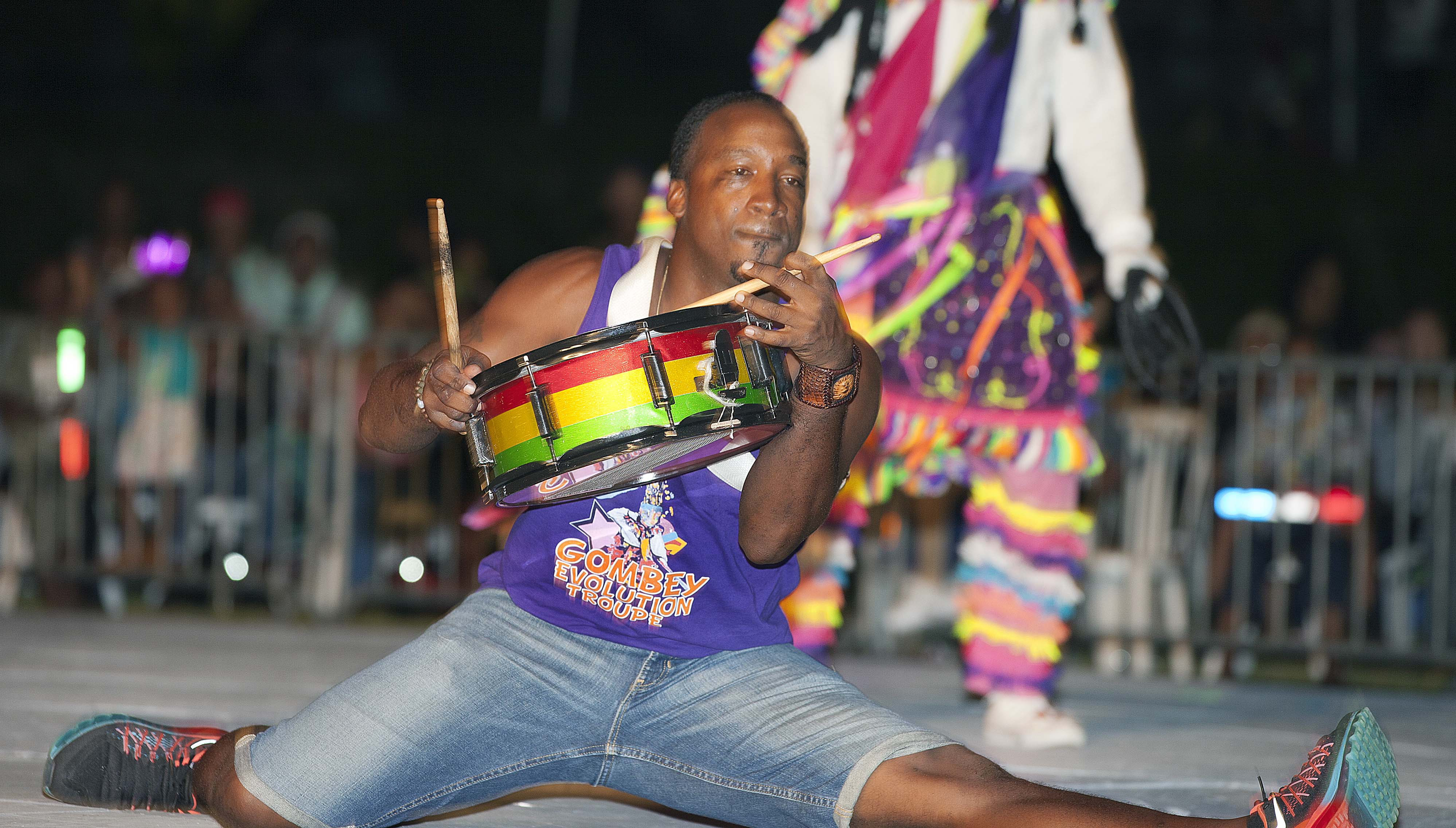 Minister of Social Development and Sports, Zane DeSilva said that he was “particularly excited about the expansion of the festival this year to include several events over four days; rather than just one event on one day”.

“The event was so popular last year that we have had to move the main event, on Saturday, to a larger venue to accommodate a greater number of spectators,” he added.

The Gombey Festival is held annually to provide continued exposure to the folk art traditions of this important cultural heritage. The Gombey is an iconic symbol of Bermuda, reflecting the island’s blend of African, indigenous peoples, Caribbean and British cultures, incorporating them over time into a unique performance art, full of colourful and intricate masquerade, dance and drumming.

The traditions have been passed down orally from one generation to the next within families and the Captains of each troupe determine the direction of the troupe and style that is taught. Thus within troupes there can be found subtle but distinct differences in beats, dances, costumes, head-dresses, by which they can be recognised.

Centennial Invites Past Scholarship Recipients To Help Shape The Future