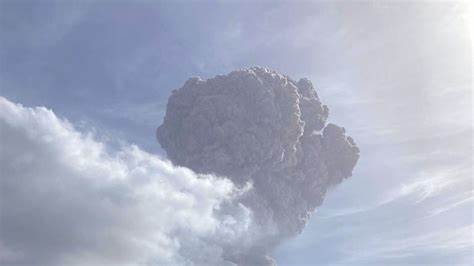 The eruption followed mandatory evacuation orders from the government. Roughly 16,000 people live in the “red zone” near the volcano and required evacuation, according to Erouscilla Joseph, director of the University of the West Indies’ Seismic Research Center.

Ashfall had already reached the country’s airport on the opposite end of the island nation shortly after the eruption, the country’s disaster risk management agency said. Heavy ashfall also was reported in communities around the volcano, Joseph said.

“More explosions could occur,” she said, adding that it was impossible to predict whether any potential upcoming explosions would be bigger or smaller than the first one.

There were no immediate reports of casualties.

Empty cruise ships were scheduled to arrive Friday at St. Vincent to help transport the thousands of people who evacuated their homes.

Two Royal Caribbean cruise ships are expected to arrive by Friday and a third one in the coming days, as well as two Carnival cruise ships by Friday. Islands that have said they would accept evacuees include St. Lucia, Grenada, Barbados and Antigua.

Activity increased dramatically at the volcano starting Thursday, Weather.com said. A series of earthquakes were detected at the site, indicating magma rising toward the surface. Gas and steam seeping from the volcano also started increasing, another harbinger of an eruption.

“I don’t want you panicked,” he said. “That is the worst thing to do.”