Members of the media were presented with living proof that out of pain there is healing when National Security Minister Wayne Caines officially unveiled Moms on a Mission Bermuda, the new initiative undertaken by his Ministry against gun and gang violence in Bermuda.

The new support group for mothers who have lost sons to gun crime and violence will be run by Dee-Ah Iris and Nicole Fox, who both lost their sons four years ago.

Ms Iris’ son Steven was stabbed to death in 2013. Ms Fox’s son, Ricco Furbert was one of two men shot and killed in a double murder that same year, that also claimed the life of Haile ‘Star Child’ Outerbridge. His mother, Marilyn Outerbridge was also at the news conference yesterday. 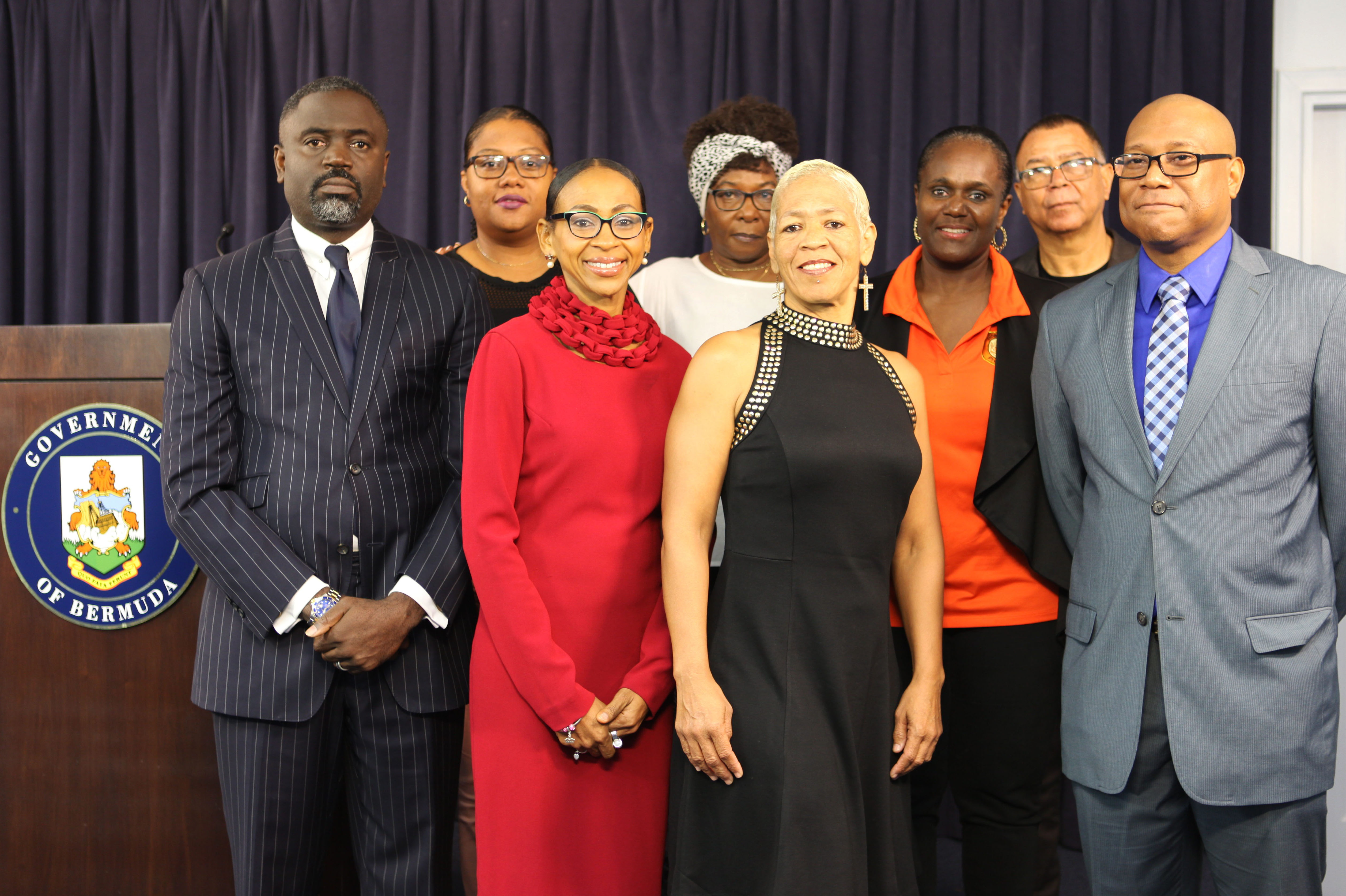 Minister Caines stressed that Moms on a Mission “is targeted at support, restoration and healing” to help mothers deal with the impact of their loss by sharing their grief and pain.

“This community is very familiar with the statistics of crime and the result of violence in Bermuda. Beyond the numbers is a human element that must be addressed,” he said.

“We must support those impacted directly by violence and restore their spirits to a place where growth and development is again possible.”

When asked by Bermuda Real to recall the pain of her loss, Ms Iris paused and took a deep breath to go back to August 23rd in 2013, when she got the call at work. The voice on the other end asked if she has son. “From that moment life changed for me drastically,” she said.

“At that time I didn’t know the particulars and I never thought in a million years that that would be the last time I would see my son. It has been a long journey. It’s four years later and sometimes it feels like yesterday.

“Because our island is small I have to deal with things that you may be able to get away with in other countries. You know I can’t go to another state. I live in the same community where the parents, family, friends, same friends and family at times live of the person who took my son’s life. He is out on the streets and I have to deal with that at functions where everybody comes together.

“I need this programme because I need to, I want to live a long time, and therefore I need to live with these individuals and I don’t want to walk around my island in fear. I wasn’t raised like that. And I decided that I wanted to be part of the solution, and that the way to get ahead of it was to be a part of it.”

When the mandate for the new support group was set up, she said: “I put my hand up, rather than sitting back and saying could’ve, would’ve, should’ve, it’s this person’s problem, it’s his problem – no it’s Bermuda’s problem and I’m going to put my time, money, resources, efforts and start healing.” 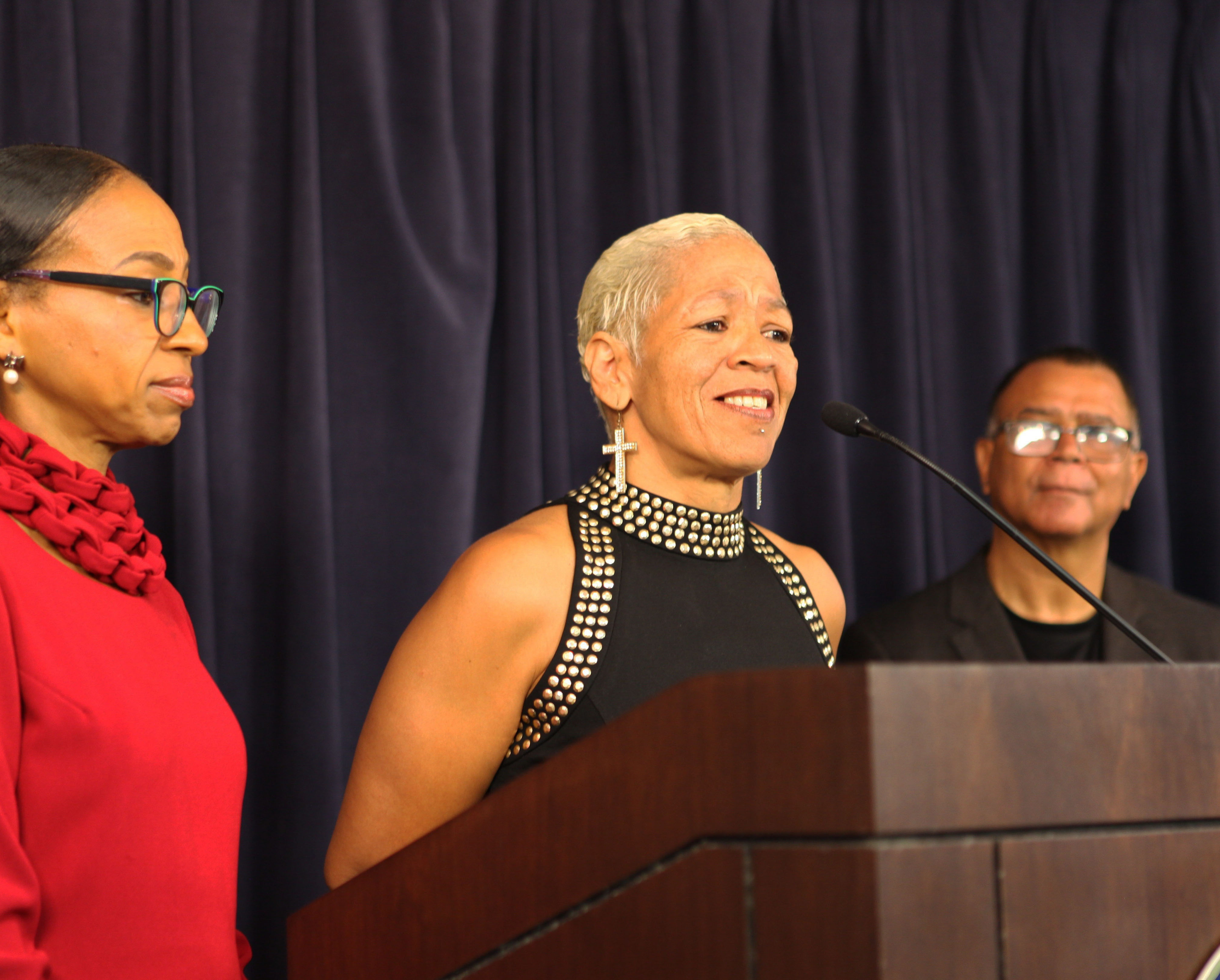 Ms Fox recalled her desire to start a support group after she and Ms Outerbridge lost their sons in a cold-blooded double murder committed at Belvin’s in January 2013. All they had was each other, she said, and to see Moms on a Mission become a reality she said: “It feels amazing.

“I needed more, I didn’t know where else to turn. There were support groups for everything but it was not one for mothers,” said Ms Fox.

The Minister said: “A big part of the step change with this particular organization with how we want to do things differently as a Ministry for a very long time we looked to entities to help us.

“The part of what Dee-Ah said which is so significant to me is how small and inter-connected and inter-weaved our country is and if we don’t get the legitimate mechanisms of dealing with it we’re not going to heal as a country. And this just represents a part of the element to our country becoming whole again.”

Section Of Harbour Road To Briefly Close For Repairs