Public Works Minister, Colonel David Burch, has vowed to find “a better solution”, for members and fans of Ireland Rangers Football Club left displaced by the America’s Cup, and working out of containers on Moresby Plain in Dockyard.

This after they were told to vacate the ‘Star of India’ building that housed the club for decades, to make way for renovations in the lead up to the America’s Cup. 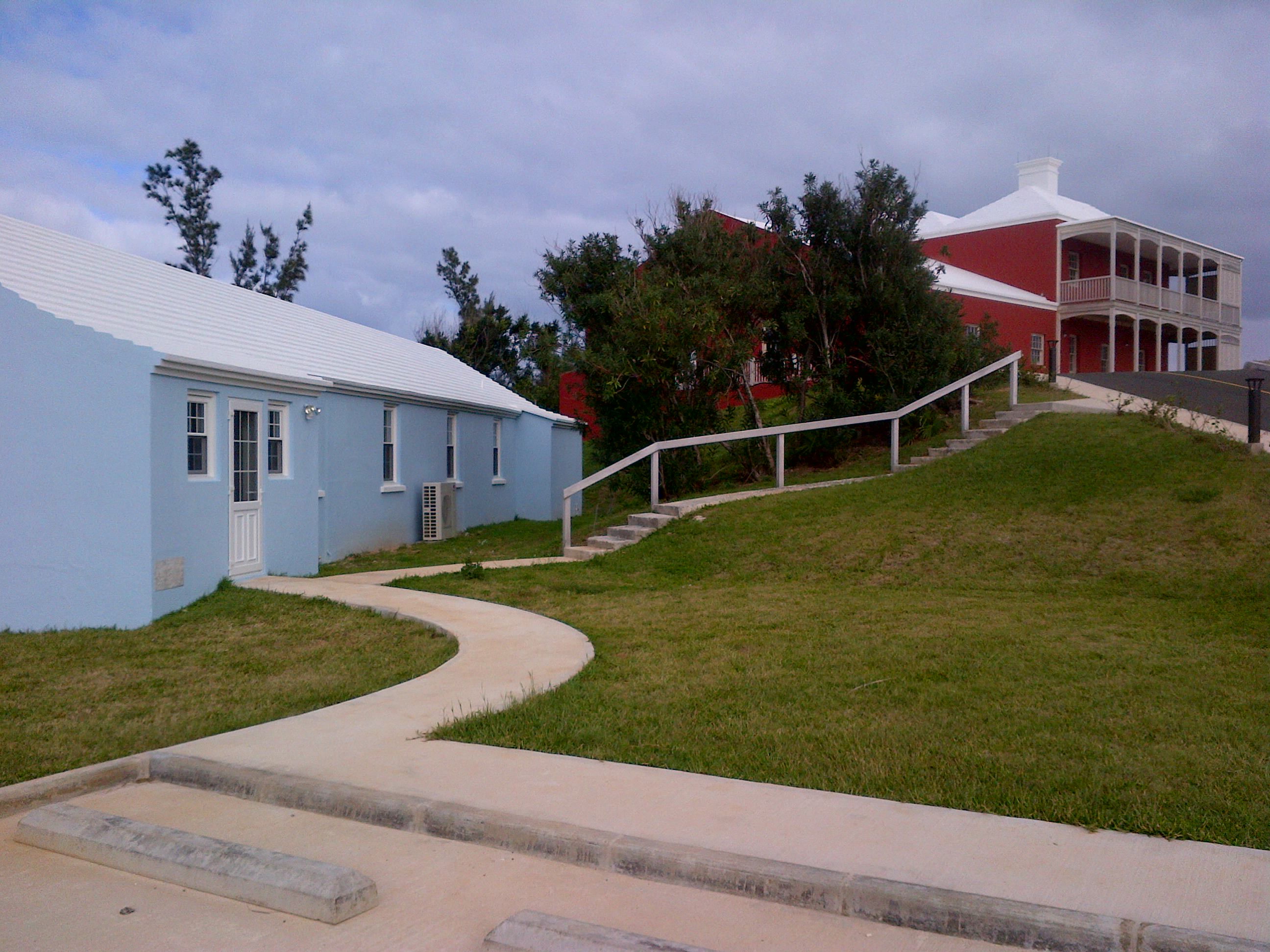 Once renovated, Ireland Rangers Club President Brian Bradshaw, said he was told by Wedco representatives, including Andrew Dias and Joanna Cranfield, to either pay $3,200 a month, or use some of the containers left here from the prestigious race series.

Club officials engaged in talks with area MP Michael Scott, who said he knew Mr Bradshaw to be “a member in good standing” with “the contribution of the lease agreement with Wedco dating back many years”.

The Progressive Labour Party MP said: “He [Mr Bradshaw] was going to meet  with Wedco because he was fearful and concerned that the lease price was outside of the club’s budget.

“Before there was a minimal rental fee, and he wanted me to join them at that meeting.

“This was all before the election and the upshot of it was that Wedco was offering to have them meet the increased rent.”

Barring that he said: “Then this community club would be in jeopardy. “What is astounding and unacceptable was that a Black sporting club was being offered a container, or containers by Wedco; as their club premises. 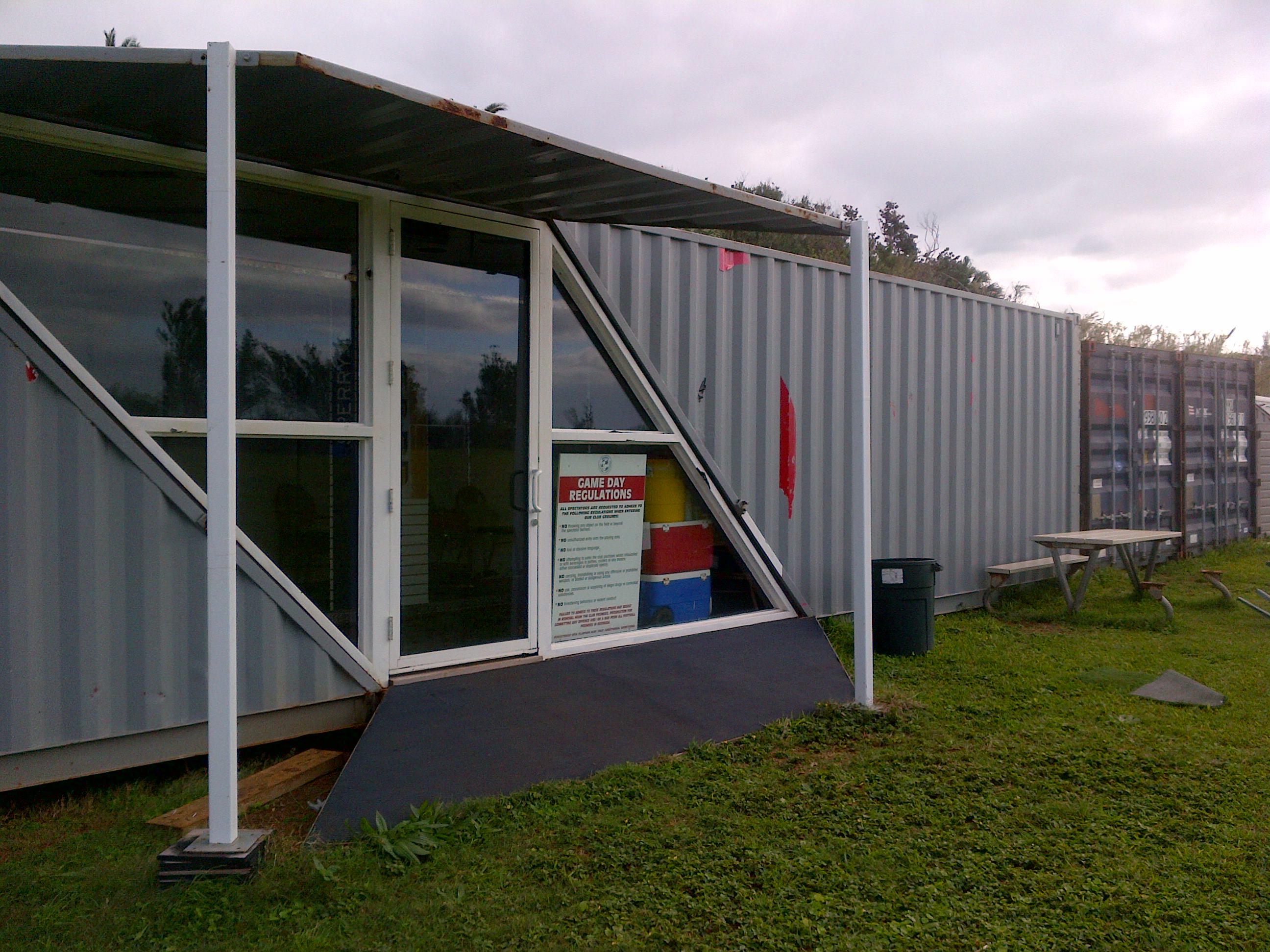 “I remain appalled and insulted that these kinds of arrangements are thought to be both reasonable and appropriate, when they are neither reasonable or appropriate.

“It’s fair to say that they have an expectation of me, as the MP, that I will sort this out – that I will make adequate arrangements for housing them in a club facility that is respectful.

“The  recommendations that are central from that report, is that we should be doing positive things to encourage community clubs, because they perform a community function. And it is in that context that I hope to put the Ireland Rangers problem into a solution.”

Moving forward, he said he will continue “to urge” his colleagues “to find solutions to those ends”, in his constituency.

The Minister of Public Works echoed his remarks, and said: “A better solution can and will be found.”

When contacted by Bermuda Real on Friday morning, Col Burch said: “I’m a little distracted at the moment trying to sort out getting trash collected, and will schedule a meeting with the club, if someone would provide their contact details.

“I am aware and visited the site on Tuesday last and spoke with the workers. To remind – we’ve been actually only been here for six (6) months, and will find a solution.”

But he said: “Perhaps you might also ask those who were here for 2½ years why they did not resolve the matter during that time.”

Wedco’s Mr Dias said: “I have had the opportunity to read the emails and see the Minister has already commented and will be scheduling a meeting to discuss.” 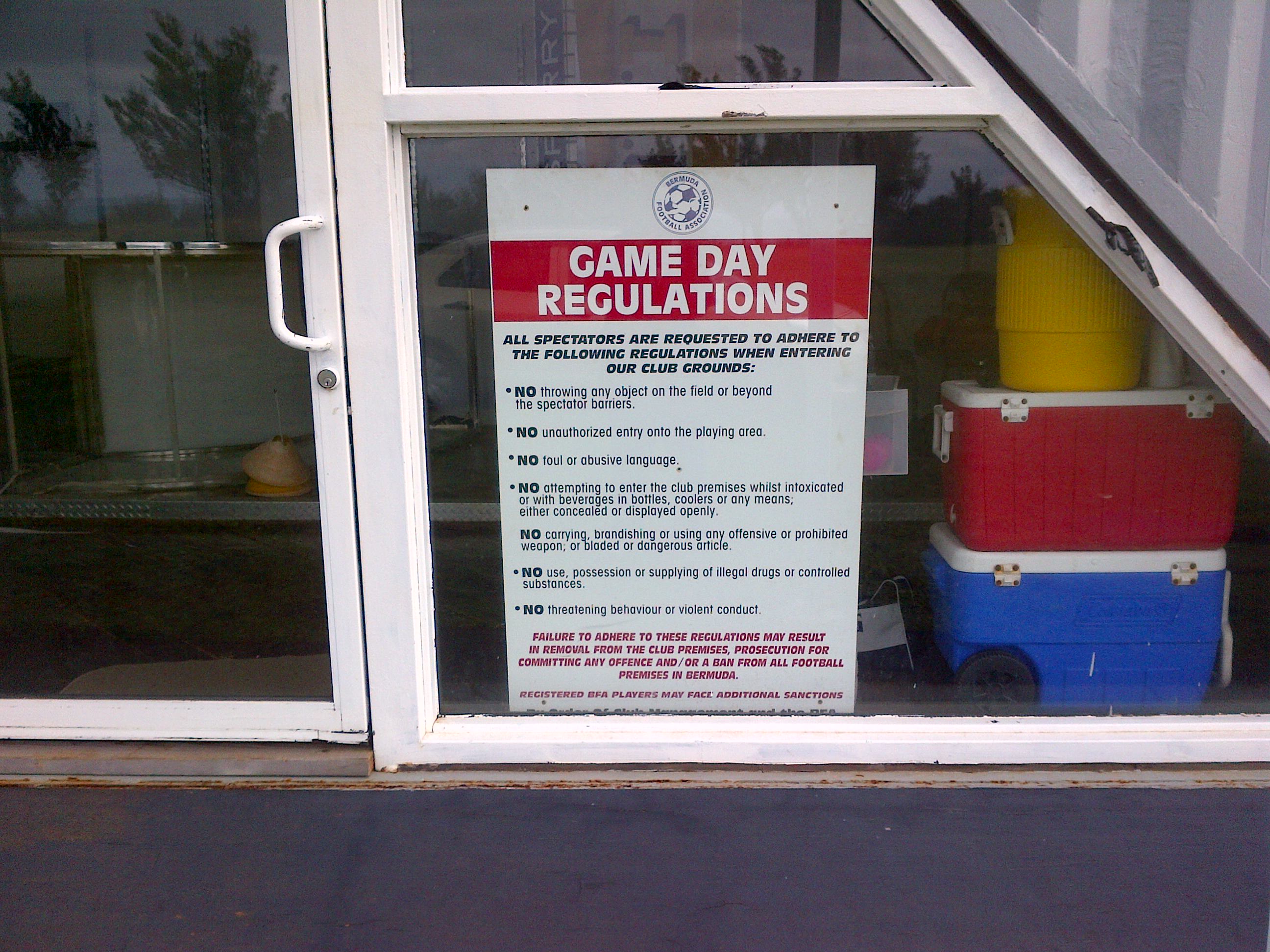 “We were told that the only way we could have the building back was if we could pay the monthly rental fee of $3,200.

“We thought it was too steep coming from $200 a month as a community club fee, all the way up to $3,200 a month, and that there was no way that we could pay that.

“Our gear is in a few containers on the field which we are using this season, but it’s not sustainable.

“When I took over, the club was in some debt for rent and other bills. For us to pay off some of those bills we needed the club facility to raise funds.”

Without it, he said: “We had no means to raise money.”

Now he’s looking for the area MP to help them find “a proper facility” to “sustain the club throughout the football season and beyond”.

“We were also told that the chances of us getting help, that it would look better for us to have a youth programme in place.”

Although Ireland Rangers has never had a youth programme, he said: “We’ve been thinking and trying to formulate a plan for the past three years.”

But overall, he said he was “glad to hear that finally there’s some movement” on their main issue.

“It always seems like the smaller clubs never get the help that they really need to get to move forward.

“So much is asked of all of the clubs to do on behalf of the communities they serve and by the Bermuda Football Association, But we really don’t see too much that we get back in the form of help for us.

“This club formed out of a group of members in the community associated with ’21 Jump Street’. Over the years the club attracted fans from all over the island.”

“We tried to put a roof on them but due to a lack of funds, we couldn’t. So they  were kind of pushing us to move our stuff out of the building,” said Mr Bradshaw.

“We told them that we couldn’t move because none of the containers were suitable to store our stuff in. Then we ended up getting two more containers – they’re the ones with our things in them now.”

“And for this season, I guess they will have to do. But I do look forward to hearing solutions.”