National Security Minister Wayne Caines is urging residents to use the Immigration Hotline or other means, to report any individual or company of an immigration law, including working without a work permit.

Since January 2019, to date, the department has received 128 complaints – “of this number there are 81 general investigations in train and 47 civil penalties in train”.

A spokesperson said the Minister is “sharing the ways that people can inform the Department of Immigration about foreign nationals who are working in Bermuda illegally”.

“If you know of an individual or company in violation of an immigration law, please report it,” said Mr Caines.

The spokesperson added: “The public will recall that earlier this year Minister Caines outlined the process in reporting immigration breaches.”

The Minister explained that there is a Compliance Section of the Department of Immigration which is responsible for the following:

Since 2017, complaints received are as follows: 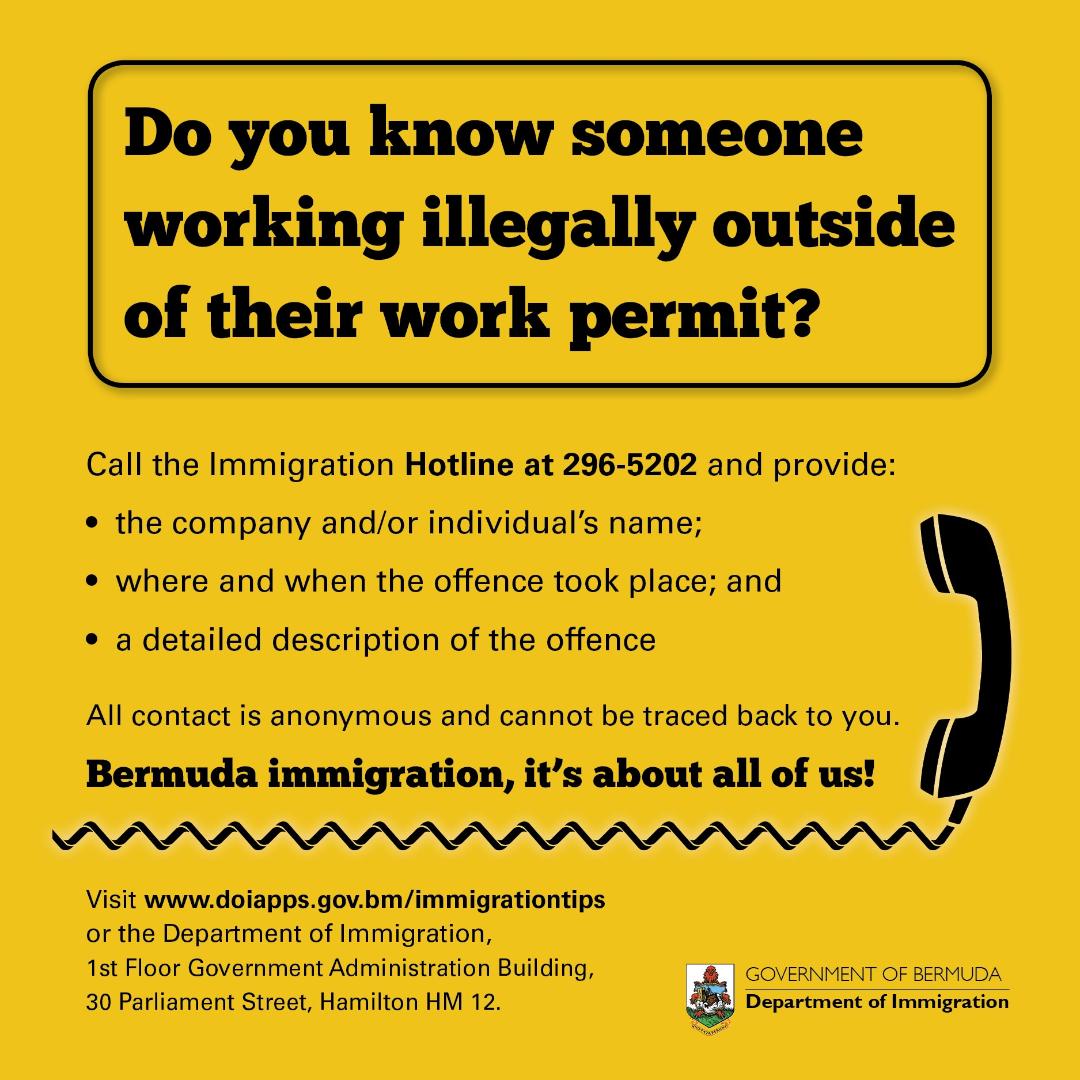 “We appreciate the sensitivity surrounding the reporting of individuals who are in breach of our immigration laws,” said Mr Caines.

“We also appreciate that many residents may be uncomfortable with the reporting process. I can assure the community that calling into our immigration hotline is a completely anonymous process.

“The Department of Immigration relies solely on information provided from the public to enable them to investigate potential breaches and there are several ways to do so. Every effort has been made to make this process as convenient, and unobtrusive as possible.

“We cannot stress enough the need for the public’s involvement in this process. We are asking all residents, if you know of an individual or company in violation of an immigration law, please report it.

“We also want to take this opportunity to remind both Bermudians and foreign nationals here illegally that there is zero tolerance for this type of behaviour. Persons found engaging in such activity will be prosecuted as these are serious offences which we will not ignore.”

Civil Penalties (in accordance with the Bermuda Immigration and Protection Act 1956) – Section 71A (1) contains the reasons why the Chief Immigration Officer may impose a civil penalty upon a person; namely if one:

To work in Bermuda, you must be Bermudian, be married to a Bermudian, or be a Permanent Resident’s Certificate (PRC) holder. If you are not, under the Bermuda Immigration and Protection Act 1956, it is illegal for you to live and work in Bermuda without a valid work permit.

Do you know of someone who may be violating Bermuda’s Immigration Laws?

If you know of someone who may be committing immigration offences (e.g. by being in Bermuda unlawfully or working illegally), you can send submit your concern to the Department of Immigration.

All tips are treated as confidential. You can choose to input your contact details or leave that section blank. If you choose to provide your details, you can be assured that any information about your involvement will not be disclosed.

Contact the Department of Immigration either online or by calling 441-296-5202 if you think someone is working and living in Bermuda illegally or employing someone illegally. 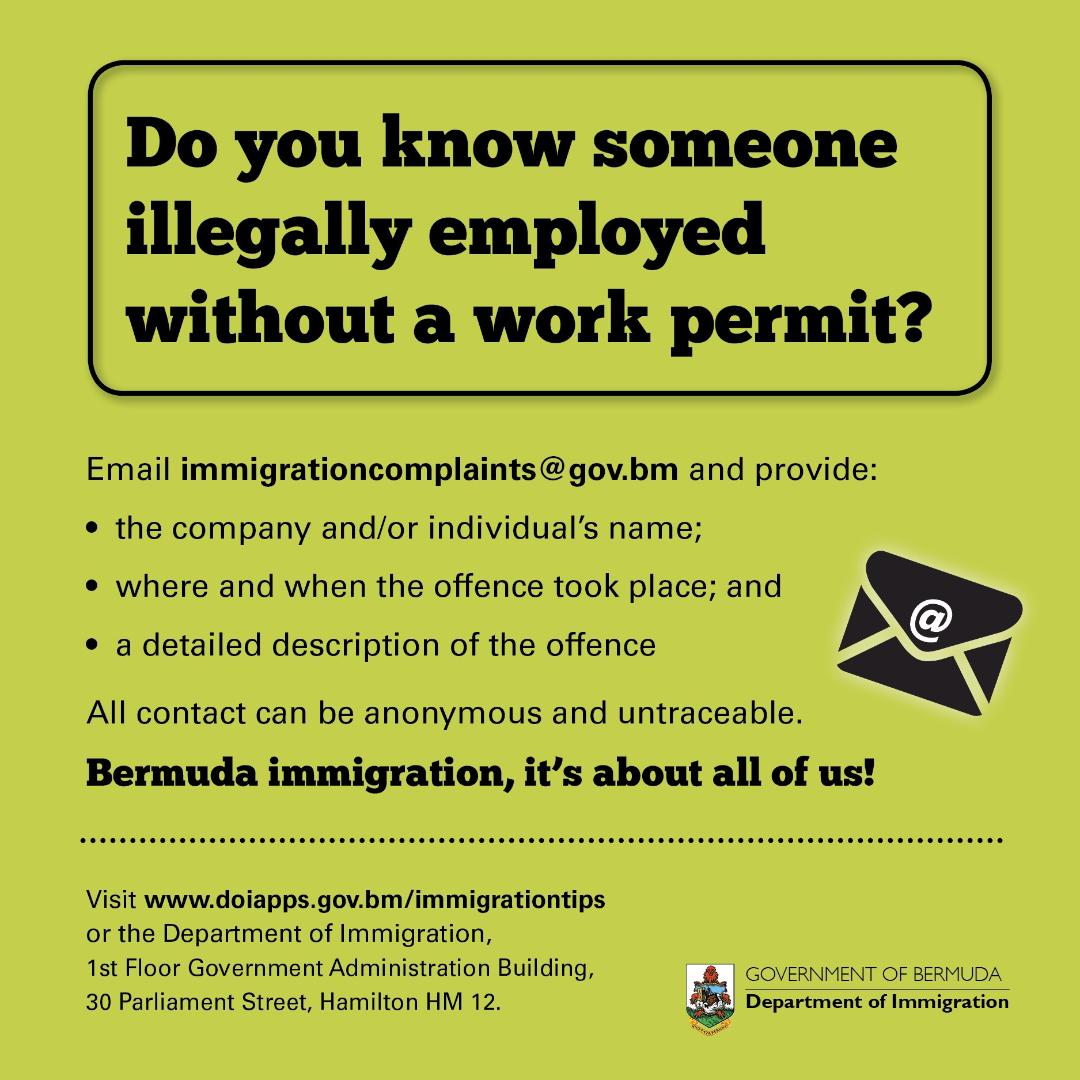 No, You Can’t Help Yourself To Business-Class: United Flight Diverted After Passengers Self-Upgrade