As the Minister responsible for the Environment, Home Affairs Minister Walton Brown, received the findings of the Nekton Mission I,XL Catlin Deep Ocean Survey in Bermuda.
Laboratory analysis conducted by a network of scientists from across 15 different marine research institutes revealed the discovery of over 100 new species including very small animals, such as tanaids, to dozens of new algae species and black wire coral that stand up to two metres high. 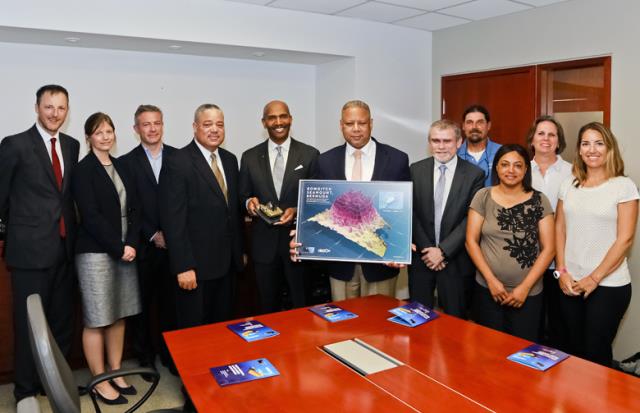 Alex Rogers, Scientific Director of the Nekton Oxford Deep Ocean Research Institute (‘Nekton’) and Professor of Conservation Biology at the University of Oxford said: “Considering the Bermuda waters have been comparatively well studied for many decades, we certainly weren’t expecting such a large number and diversity of new species. These discoveries are evidence of how little we know and how important it is to document this unknown frontier to ensure that its future is protected.”
The survey also confirmed a new zone in the ocean, the Rariphotic Zone (Rare Light Zone) from 130 metres to 300 metres.
Just off the coast of Bermuda, the slopes of the Plantagenet Seamount (locally known as ‘Argus’) were found to have gardens of twisted wire corals and sea fans. There were also communities of sea urchins, green moray eels, yellow hermit crabs and other mobile fauna feeding off zooplankton and algae drifting off the summit and settling on the deep seabed.
Since September 2016, scientists drawn from a network of over a dozen participating marine research institutes have collaborated to analyse 40,000 specimens and samples, and 15,000 litres of water samples. The first peer-reviewed scientific papers have been published from the XL Catlin Deep Ocean Survey. It documented the deepest recorded evidence of lionfish globally which reveals the spread of this invasive species is deeper into the ocean than previously known. 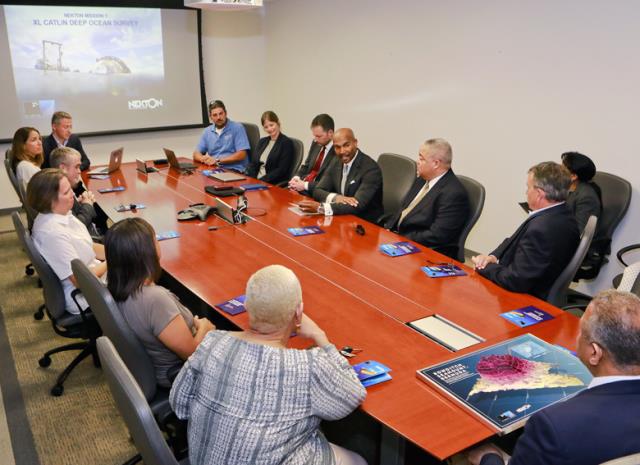 “We believe we have discovered dozens of new species of algae including the deepest ever record to have had its DNA sequenced. Many are recognised for demonstrating a new biogeographical link between Bermuda and the Indo-Pacific”, said Professor Craig Schneider, Trinity College, USA, one of the participating scientists.”
The complete results from the XL Catlin Deep Ocean Survey are expected to be published by September 2018.
CEO of XL Bermuda Ltd/Insurance, Patrick Tannock, who chairs XL Catlin’s philanthropic XL Foundation which funded the XL Catlin Deep Ocean Survey, said: “As a future-focused, innovative insurance and reinsurance company, we at XL Catlin believe that preparing for emerging and unknown risks is imperative.
“Given that there is still much to be learned about how changes to the ocean will impact businesses, communities and society in the future, we are extremely interested in the findings from the XL Catlin Deep Ocean Survey and look forward to receiving the published report of the amalgamated results and scientific papers.”