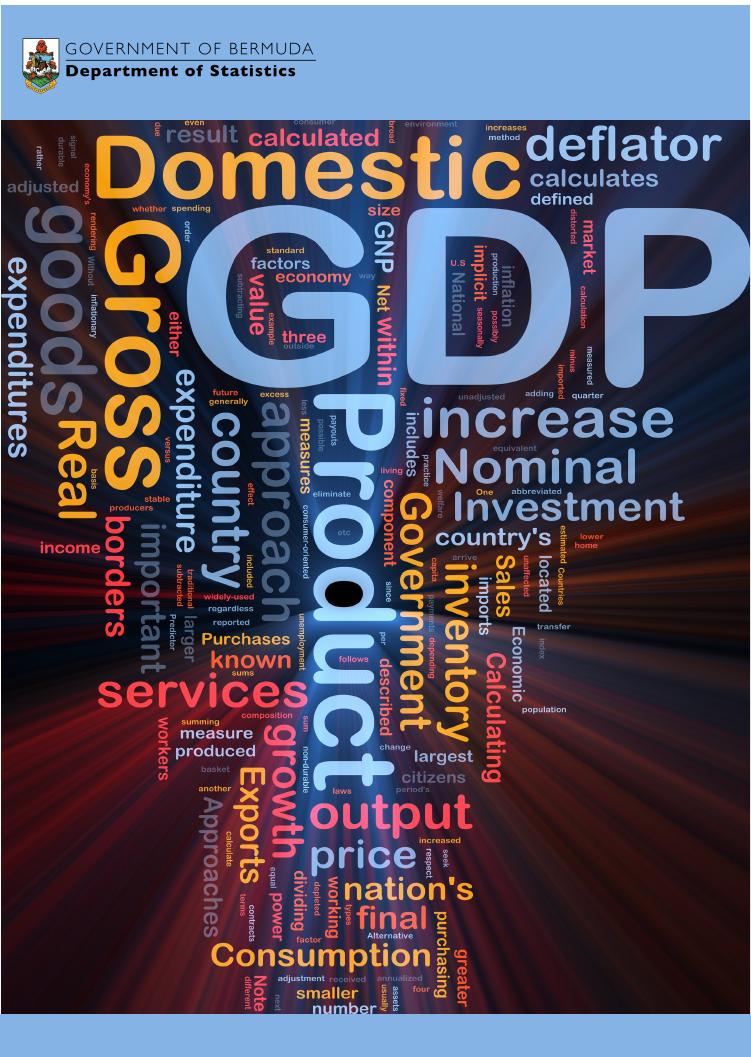 The 2018 GDP publication reflects changes to the industry structure and levels of the annual GDP estimates. These changes are the result of an updated Supply and Use Table (SUT) for Bermuda as part of the implementation of the 2008 System of National Accounts (SNA), which serves as the international statistical standard for the production of statistics on GDP.

The Minister explained: “The exercise to update the SUT and the GDP base year was a collaborative process between the Caribbean Technical Assistance Centre and the Department of Statistics over a five-year period ending in August 2019.  The DOS finalized a SUT with 2013 data as this was the most recent year with supporting data from the Household Expenditure Survey (HES).

“The finalized SUT allowed for replacing the outdated 2006 base year for estimating GDP in constant prices which is used to measure real growth rates in the Bermuda economy.  The updated GDP estimates will give a realistic and integrated view of the economy that is more suitable for policy and analytical use and reflects more closely the current economic dynamics.”

Highlighted below are some key results from the 2018 GDP publication:

Value added for Real Estate Activities rose 1.8 percent or $16.8 million due mostly to a rise in the imputed rent for owner-occupied dwellings as well as an increase in real estate activities with leased property.

The 2018 GDP publication and GDP Rebasing document are available online at https://www.gov.bm/annual-gross-domestic-product.