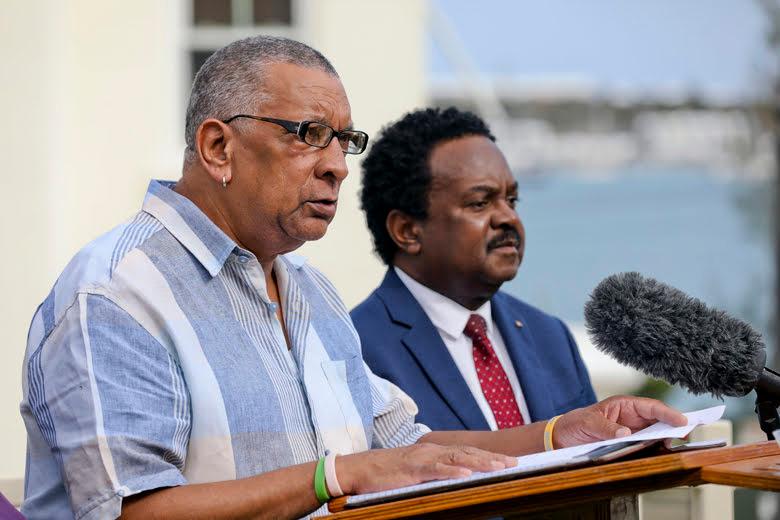 The tendering process for the first of two additional buildings at Harbourview Village in St David’s is expected to be completed by the end of the year, with construction due to start “shortly thereafter”.

The Bermuda Housing Corporation has a waiting list of 123 for affordable homes, but the Minister says that doesn’t give the full picture on demand.

“This is more than housing. This project represents continuing economic empowerment — Bermudian families owning a piece of the rock,” he said.

“In my opinion, it is not an accurate number. Our experience is that when Bermudians do not see an opportunity they lose hope in registering with the corporation.

“There are people who on a daily basis who are asking those who serve in Parliament for accommodation, and often times if you ask if they are registered at the corporation they say the don’t have any houses.”

He noted that he had given “serious thought” to conducting a survey to get a more accurate figure.

“Then we will really be able to plan for addressing the challenges Bermudians face in housing,” he said.

“This announcement today is just the beginning.

“There are several other plans relatively well advanced that will be announced in the not too distant future,” he added.

The Harbourview scheme was started by Bermuda Homes for People (BHP), a non-profit organisation, to provide affordable homes for $199,000  by way of a lottery for prospective buyers in 2005.

“They fell into difficulties and the Government stepped in to complete that project and honour that commitment.

“Of course, the cost of the project far exceeded the $199,000 purchase price and was heavily subsidised by the Government through the BHC so the original commitment was met,” Col Burch said.

“Much of the criticism you hear today about government debt under the PLP administrations is for projects such as this, and for that we make no apology.”

Planning permission was granted for the original project for six buildings with a total of 96 units and the associated infrastructure. Four buildings, with  58 units opened in 2011

The final two buildings will be modified to ease the need for three-bedroom homes after a survey this year identified the need for larger properties. 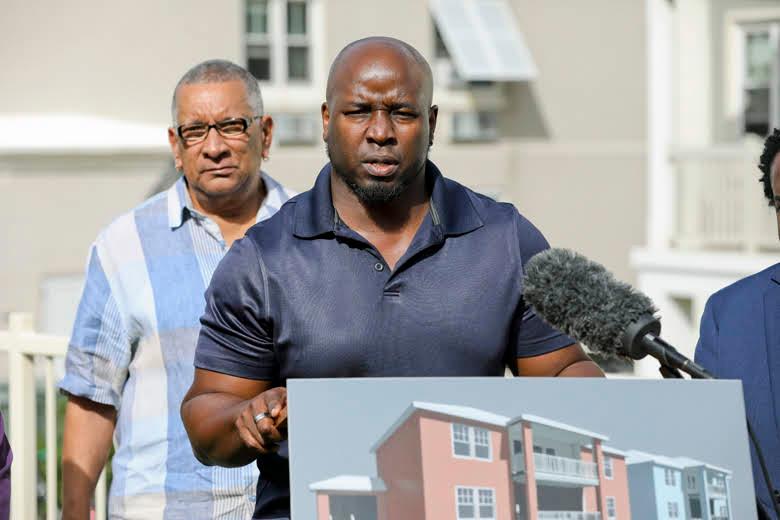 BHC Project Manager Keino Furbert-Jacobs said the construction was expected to take about 18 months, once the groundbreaking takes place.

The Minister and area MP Tinée Furbert met with home owners at Harbourview Village to discuss plans for expansion.

“Of course, the big question is how much will these units cost — certainly not $199,000, but as soon as the tendering process is completed we will have a clear indication of price,” said Col Burch.

“The advantage anyone interested in participating in this project has though is that the BHC is not motivated by private developer-type profits but by developing projects that can support themselves.

“Additionally, the BHC is considering a rent-to-buy option to further assist families.”

When the journey began in October 2005 “and over the intervening years leading up to 2011”, despite the doubts, the Minister said the PLP administration is “determined to provide homes to our fellow Bermudians”.
“I will not repeat today every hurdle and challenge overcome to provide this complex but suffice to say we persevered as our commitment to provide home ownership to Bermudians is immovable. 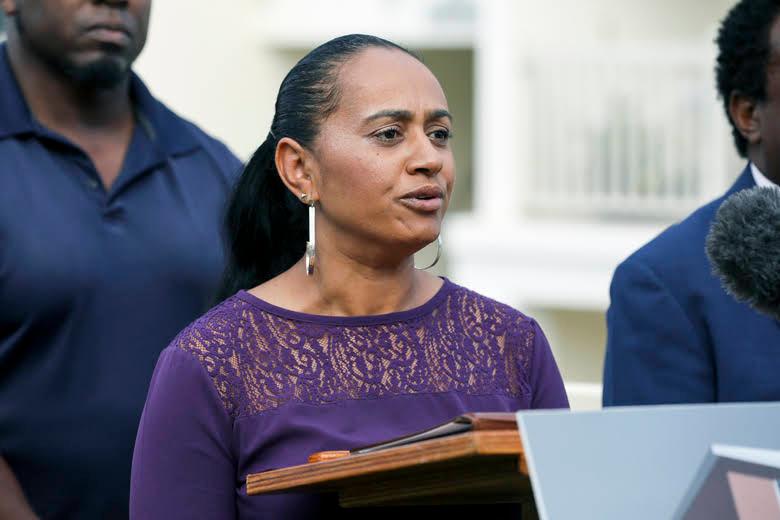 Two contractors will be hired to construct the units simultaneously.
“As I said in 2011 – this is more than housing, this project represents genuine economic empowerment. Bermudian families ‘owning a piece of the rock’ another clear demonstration of this Government’s unwavering commitment to making homes available to first time homeowners at prices that are simply unavailable in the ordinary marketplace.
“This represents the “hand–up” that honest, hard-working Bermudian families deserve and we are happy to provide.
“My advice to any Bermudian looking for affordable and adequate housing is that they should register at the Bermuda Housing Corporation now,” he said.
“Even though options are currently slim – we are working apace to address the shortage and this announcement is just the beginning,” he said.
“There are several other plans relatively well advanced that will be announced in the not too distant future.”