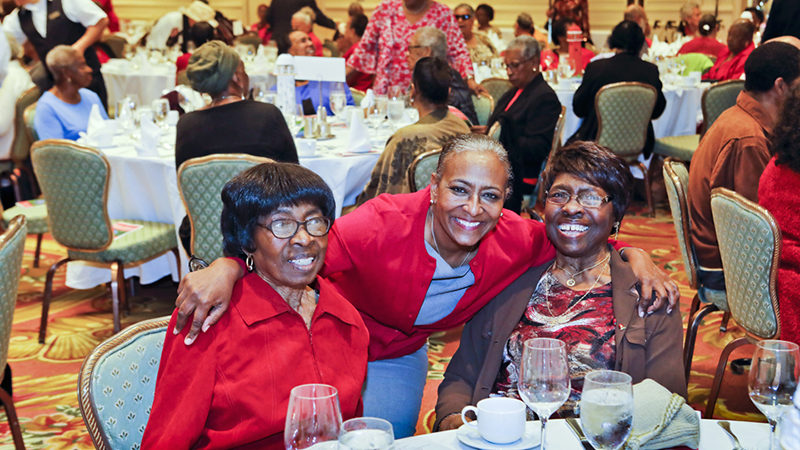 Newly appointed Minister of Government Reform was clearly out-numbered in her blue and blue dress when she stepped into Somerset territory today, to attend the Tee’L Pre-Cup Match Tea for Seniors at the Somerset Cricket Club.

A host of seniors, sporting their red and blue team colours listened attentively as the Minister addressed the theme of today’s event, in ‘Celebration of Emancipation and Somers Day’, at the current home of the hotly contested Cup Match trophy.

In her opening remarks, Ms Foggo noted that the upcoming two-day Annual Cup Match Classic represents “two of Bermuda’s most important holidays”, before reaffirming the new government’s pre-election pledge to the Island’s seniors.

“Most Bermudians simply refer to this upcoming holiday as Cup Match – an official, island-wide, two-day holiday since 1947, marked by an annual cricket game and held on the Thursday and Friday before the first Monday in August,” she said.

“Many are happy to retreat from the workplace for the rare four-day long weekend. Their thoughts are on family, friends, and fun – picnics, beaches, boating and, of course, the cricket and carnival at the annual Cup Match Classic. 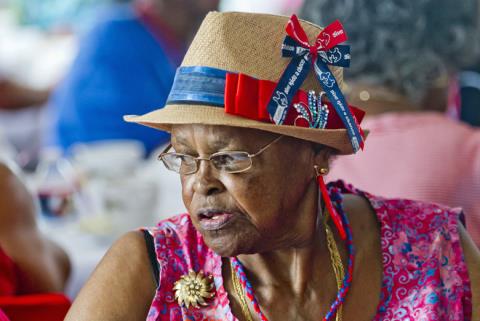 “But today, as I stand here before you, my thoughts are on the countless hours, days, years – the blood, sweat and tears – you collectively have contributed to the building of the beautiful Bermuda paradise that many Bermudians take for granted.

“So while Cup Match is great and easily on our minds – considering this important and historic sporting venue graciously hosting the event – I’m hoping that more of us also reflect on the upcoming holiday meaningfully as comprising Emancipation Day and Somers Day.

“Emancipation Day traditionally marked the abolition of slavery in Bermuda. The first slaves were brought here as early as the 17th century and the dreadful slave trade was finally outlawed in Bermuda in the 1830s.

Since then, the Minister noted that “there have been a lot of ups and downs in our history”, but through it all, she said Bermuda has “forged a remarkable society since the 1600s”.

In follow up to the Progressive Labour Party’s recent landslide victory at the polls, Ms Foggo said: “As a government, we believe that it is important that we spend more time thinking about our history – a history that involved your efforts to make this island as great as it is.

“We simply think it is important to put our seniors first,” said the Minister. 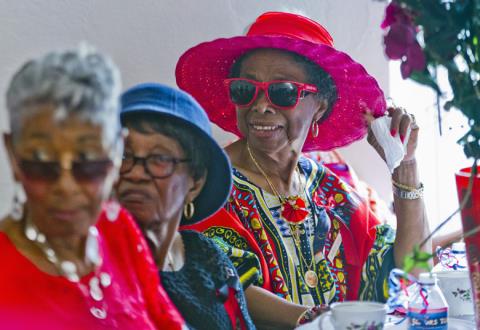 “Any responsible government safeguards the quality of life for its senior population, reflecting the value we place on them as citizens.

“Our government is proud that we introduced FutureCare to assist seniors in their golden years.” And as the new administration, she pledged to “continue to work with the community to ensure the dignity of life that our seniors deserve”.

While outlining what that looks like, she listed the following:

While noting that as the new government, she believes there’s more they can do and “more society should do, to celebrate and help our seniors”, the Minister concluded: “Today is a good day and I am so happy to have the occasion to be with you for this wonderful event. Your hard work and sacrifices are what make Bermuda great!

“I hope you all have a wonderful Cup Match.” 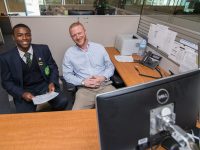 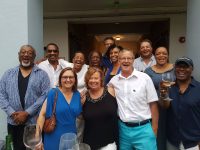 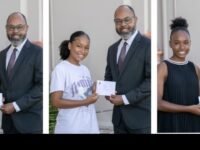 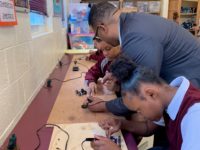