Public Works Minister Craig Cannonier disclosed in Parliament that the new roundabout at Blackwatch Pass was started without a clearly defined budget.

Responding to Parliamentary Questions by Opposition MP Derrick Burgess, he said there is $5mi allocated in the overall budget which includes Blackwatch Pass and other roadwork projects.

“It falls under the byline of the roadworks,” said Mr Cannonier. He also stated that the North Shore roundabout has cost taxpayers $728,000, and should be “finished within the next two weeks at just under $1mi.”

But he did not know the initial estimate for the project and explained that original design work began in 2010, while the actual construction began four years later.

Asked whether costs without firm figures should be of concern to the Auditor General, the Minister did not disagree. Admittedly, he said: “I’m asking questions about all this as well.”

He was also questioned at length on recent moves by Spanish Point Boat Club to block access to a public dock on the club’s grounds.

The issue was raised by Opposition MP Walton Brown who told MPs the dock in question now has a gate erected that’s locked and blocking access to the public at a public dock. He noted that it is the only public slip in the area.

It was also disclosed that Spanish Point Boat Club requires 24-hour advance notice from anyone who wishes to gain access to the public dock.

In his initial response, the Minister stated that a Memorandum of Understanding (MOU) was established by the previous government in 2002.

“The questions should have been asked when we put this MOU in place, not in 2016. I will review it,” he told MPs. “This is a public slip and we need to look at it.”

Opposition MP David Burt in a round of follow up questions asked: “What action will the Government take if the club is in violation?” The Minister replied: “We will cross that point when we get there.”

Mr Burt then stated that the club’s 24-hour notice requirement “is in fact a violation”. Mr Cannonier said he will address it.

Responding to questions by Opposition MP Walter Roban, Mr Cannonier said he “didn’t know when the gate was constructed or put in place”. “This is all new to me,” he said. When asked if the 24-hour access requirement was in the MOU, the Minister replied: “I will give you a copy.” 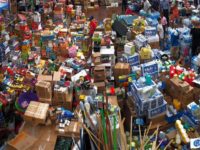 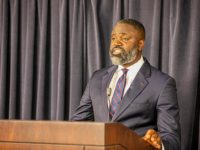 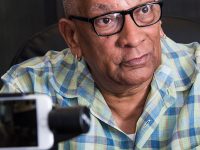