Minister of Government Reform, Lovitta Foggo told MPs on Friday, that as of March 31st, the day the current Budget expires, “approximately $575,000 of the $1.7 million budgeted” for the 2016 Population and Housing Census would have been spent.

“This equates to 34 percent of the budget,” said Ms Foggo.

“The budget accounted for a higher percentage of data collection being completed by the more costly field interviewing than actually materialized.”

She noted that the data contained in the latest Census “provides a snapshot of the socio-economic conditions of Bermuda at a given time and can be used to devise effective strategies for our future.” 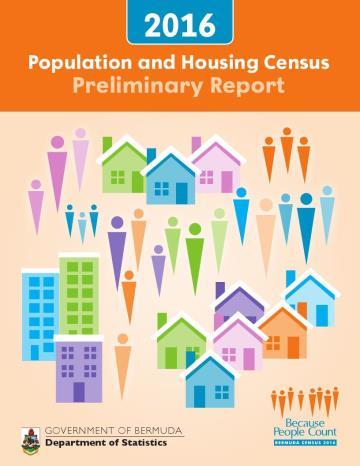 The 2016 Population & Housing Census Preliminary Report will be released in two publications.

“The first publication was released on January 29th, 2018, and that preliminary report focused on a summary analyses of the most basic characteristics of Bermuda’s population and housing,” said Ms Foggo.

“The second report is expected to be completed by the end of March 2018. This final report will cover detailed analyses on the census topics,” she added.

She also noted that the 2016 Census “was susceptible to a plethora of challenges”.

“Despite these challenges, the Director and staff of the Department of Statistics persevered to achieve its desired outcomes in alignment with international statistical best practices.

“I take this opportunity to commend the Director and her team for an outstanding job. As a result of their dedication, we were also able to achieve a coverage rate of 100 percent and a pre-imputation completion rate of 98 percent.

“In this regard, it is important that all users of the 2016 Census data familiarize themselves with the concepts and definitions and technical note when interpreting the results and/or making comparisons with the 2010 Census,” said the Minister.

While discussing highlights of the report, Ms Foggo said she was “pleased to report that there was an improvement in the population’s highest level of academic qualifications attained since 2010.