Over the past week we have seen the passage of the “Companies and Limited Liability Company (Initial Coin Offering) Amendment 2018”, full of last minute amendments that the Opposition had little time to vet, two announcements about MOU’s, yesterday [Thursday, May 3, 2018] the news that Bitt will advise on digital currency and the Ministerial statement today [Friday, May 4, 2018]  by the Hon. Premier.

I will not reflect on the debate last week but it is appropriate to go over what has happened since.
First there was an MOU announcement last Friday [April 27, 2018] with Binance, as the Premier has said, who is the world’s largest Cryptocurrency exchange. 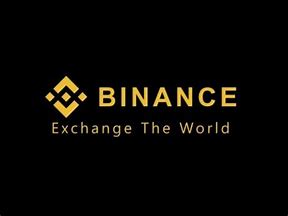 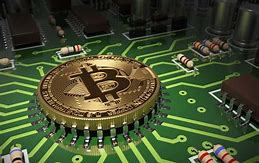 And even though I share some of the skepticism by many at this point, we should work on this opportunity, but be real about it without promising the world.
So I have comment and questions in the short time period of time I have left on the Motion to Adjourn.
Binance has committed to developing its global compliance base in Bda.  Well Mr. Speaker reports claim that Binance left China ahead of a government ban on Cryptocurrency trading and Japanese operations have been questioned with stricter regulations perhaps leading it to announce its intentions to open an office in Malta this past March. So it might be wise not to hold our breath that Bermuda will in fact be its global compliance base as in my humble view Binance appear to be seeking any place to do business which will welcome them on their terms and their track record on jurisdictions is short and moveable.
That brings me to a question; the MOU says they will develop a digital asset exchange in Bermuda subject to the legal and regulatory process. But hold on a second Mr. Speaker, here is a company that has a questionable record of wanting a sound regulatory environment and secondly is also being asked in the MOU to work with the GOB to develop the legal and regulatory framework!
Really Mr. Speaker, this can’t be the best way to conduct the islands affairs?
We rush through legislation last week with a myriad of last minute amendments and announce this MOU on the same day.  Mr. Speaker this might be too close for comfort, seemingly a conflict of interest and a potential cloud forming on our good reputation.
The Premier is pictured on social media wearing a Binance sweatshirt with principles of the company? A fun social media picture but for the Premier of Bda? 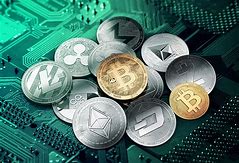 Seriously Mr. Speaker, the Minister of Finance is an important part of the regulatory regime and thus it is appropriate to maintain a healthy distance and independence; this type of picture makes it look way too cozy with potential first movers.
Moving on Mr. Speaker – Earlier this week the announcement of the MOU with Medici says they will help develop the robust legal and regulatory framework. So we have another company who wants to conduct business in Bda and is in on developing the framework. What is the cost to Bda for this MOU? Why did we not cast the net and see if others might want to bid on this opportunity?
And yesterday it is announced that we have a “free” consultancy by Bitt and Mr. Abed, which was not mentioned in the ministerial statement by the Premier this morning; that is in itself an interesting omission. Mr. Speaker nothing in life is free. And, as qualified as the Premier says this gentleman is, I can’t fathom he would do it out of his love for the island or a friendship with the Premier or anyone else.
But wait Mr. Speaker, we learn that Medici is an owner of Bitt and actually increased its ownership in the company just this past March with another 3m dollar’s worth of investment. This is the second investment with 4m being put in during 2016.
So no wonder we have a “no charge consultancy” as the “parent”’ company, my words, needs a legal and regulatory framework that it agrees with…and Bitt can influence that and at the same time support its ownership.
Mr. Speaker this all appears to cozy, does not pass the initial test of scrutiny, does not bode well for the future potential of this initiative nor does it support our reputation as a first rate, open and transparent place to do business.

OBA: ‘The Only People Who Will Benefit From This PLP Bill Are Those Who Will Control Importation’

‘Childhood Obesity Is On The Rise’ – Dwayne Robinson

OBA: ‘When Will Healthcare Reform In Bermuda Become A Priority To The Government?’