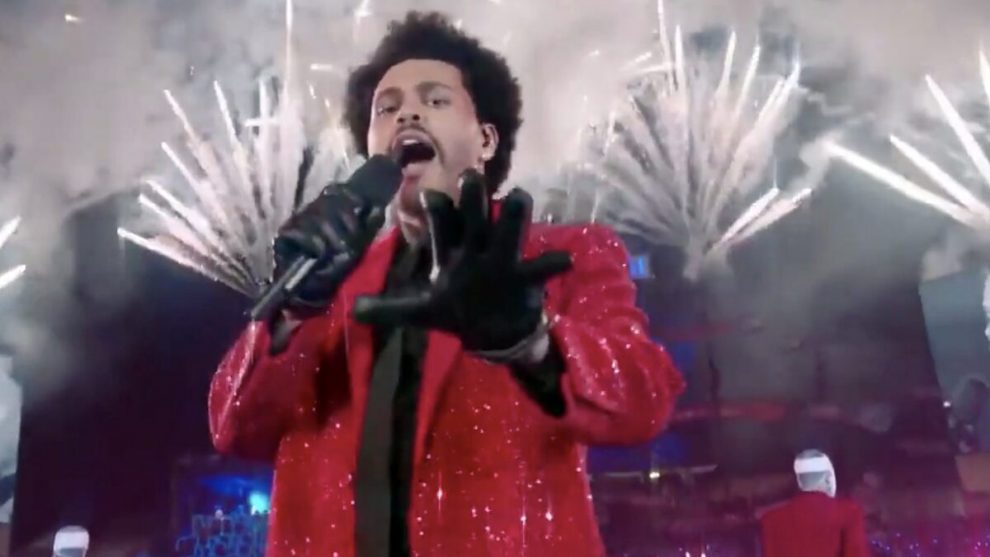 New York Daily News: Monday, February 8, 2021 – After his performance as the one and only halftime performer of Super Bowl LV, the Weekend went into overdrive on social media.

And that did not go unnoticed with social media fans who had a fun time lampooning the multiple Grammy Award winner’s antics.

The “Blinding Lights” chart-topper weaving his way into a maze of golden, glittery rooms while singing a gaggle of his greatest hits instantly created meme mania.

One of the funnier ones was Joe Simons linking the pandemic-plagued present with the popularity of an in-demand video conference platform.

Speaking of the pandemic, one user made light of the shortage of paper goods when COVID-19 became a known danger to the average person.

Donie O’Sullivan simply demonstrated the chaos of traversing through one of New York City’s most busiest transit hubs.

The Stuff Journalists Like handle’s take on The Weeknd’s performance hit home for many – present company included – about the frenetic pacing of a writer’s workload.

Naturally, a marijuana reference made an appearance.

On Instagram, the Weeknd’s frantic movements were hilariously compared to grocery store bewilderment.

The platinum-selling musician, whose real name is Abel Makkonen Tesfaye, reportedly spent $7 million of his own money for the performance that featured bandaged dancers in a special-effects-laden spectacle that lasted about 14 minutes.

“Call Out My Name” (choir intro)

“I Feel It Coming”