There’s one Dunkley we’re all familiar with but on Monday, June 4, 2018 we had the pleasure of meeting the other Dunkley. And frankly, they’re like night and day.

Michael Dunkley is clean cut and from the family point of view, he’s the big brother. His brother Stephen has a long ponytail. He looks like a modern-day hippie love child from the Woodstock days.

And there was some debate as to whose actually in charge at Dunkley’s Dairy. Stephen says Michael is in charge on Sundays. Michael says that’s the one day Stephen gives him all praise. But they both say as far as they’re concerned the entire parish of Devonshire is red and blue. 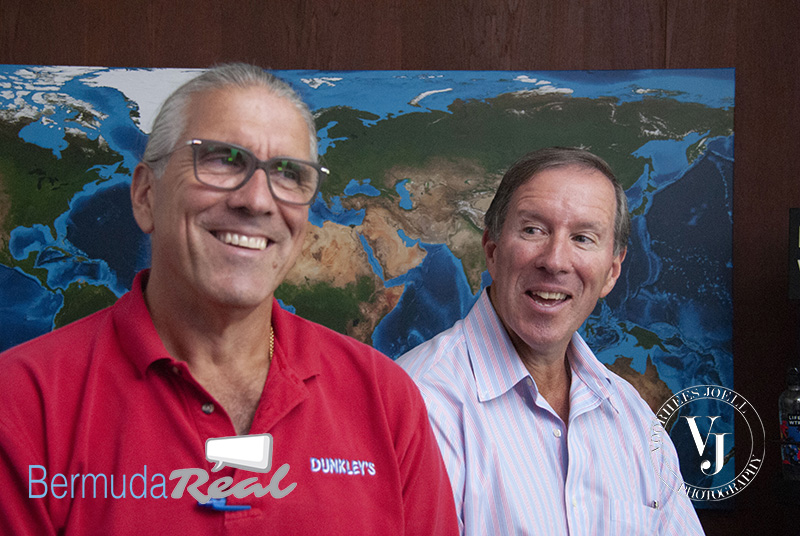 Coming soon, to commemorate the return of Channel 82, BermudaReal.com in collaboration with Crimson Media and ccBIGG Productions – a two-hour two-part television and news website special production, on the real history of Cup Match Time in Bermuda and the role of the great Somerset Cricket Club in our cultural sports history.

We’ll be rolling out the full sponsorship package soon, but we went to Dunkley’s Dairy on Monday because this dairy has sponsored SCC’s Cup Match teams since the early 1990’s to the tune of hundreds of thousands of dollars. 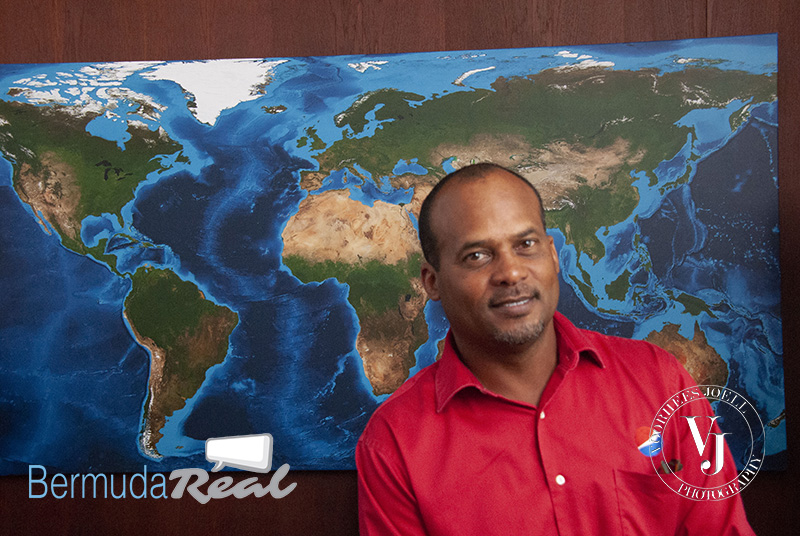 It was Michael Dunkley, who shared the vision and put up the cash to plant the seed and get this project started. And for that this journalist/producer will be forever grateful.

The first segment was shot at SCC on Saturday, May 19. Next stop, we’re going to Southampton Rangers territory to the home of Mr and Mrs John Tucker to sit down with the family and Mr Cup Match himself – Janeiro Tucker.

That’s next week and after that we go to the next phase, when we lock down on the editing that lies ahead. 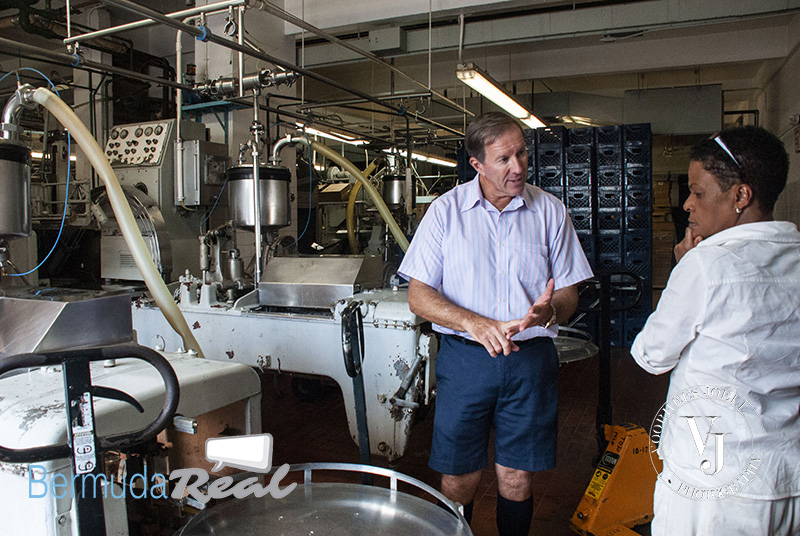 There’s a whole lot of history in this masterpiece in the making, that has never been physically recorded in any medium.

After more than 25 years pursuing this goal, I am happy to say I’m finally back in the director’s seat, for the first time since ‘Life Behind Bars’ in 2007. And that project took two years of planning.

Deep down inside I’m so excited I’m about to flip my lid but I have to hold it together. 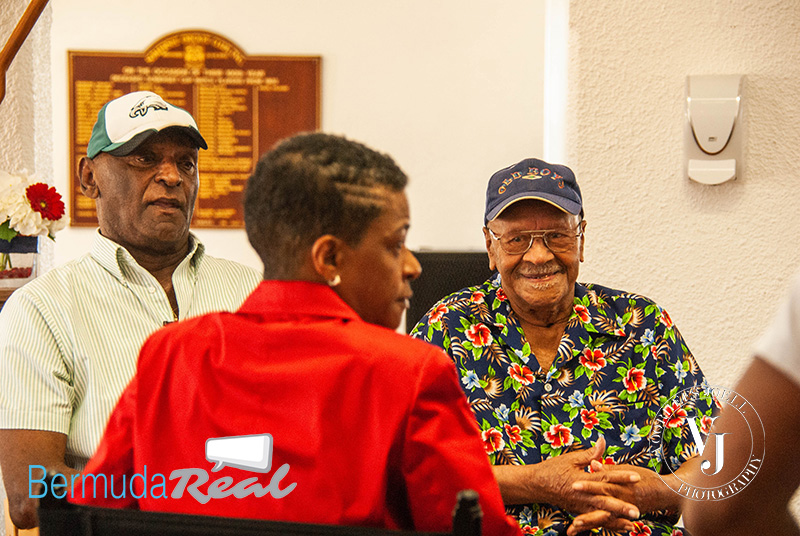 Finally, the Ceola Wilson stamp on the REAL History of Cup Match Time in Bermuda and the role of the great Somerset Cricket Club in making Bermuda the only country on the planet to celebrate a two-day holiday for a sports event.

We’ll introduce you to the new President of SCC, Vashun Blanchette, the youngest President ever at Somerset Cricket Club. 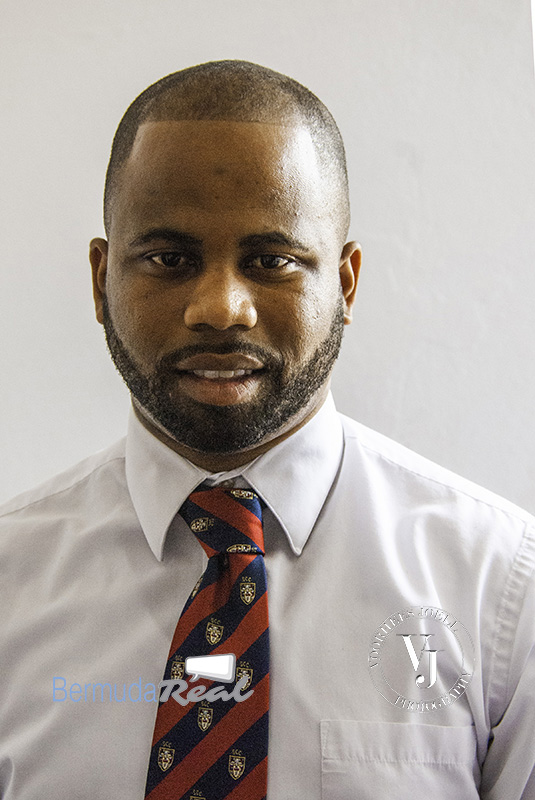 You’ll hear from the Minister of Sports, Michael Weeks, the great Clyde Best, former SCC President Alfred Maybury and then there’s my cousin – Quinton ‘Pit Bull’ Talbot, who is 91-years-young and full of himself.

It was his great grandfather and others in Somerset, who re-mortgaged their homes to buy the property that is now the home of SCC.

We’re still chasing the current captain, Dexter Basden and Perry Maybury and the clock’s ticking. But we’re not on the edge yet, so I’m still hopeful.

In the interim, we have a lot of work to do, but you best believe we’re going to hit a BIG ROUND of SIXES on this one! And we’re going to stick to the wicket until the runs come so we can bring it home.

Stay tuned Bermuda – promise to do my best and then some! We’re going to need your support to make this happen. And I have the kind of faith that moves mountains so there’s no stress.

I know my Father and my Bermuda Public’s Got My Back! 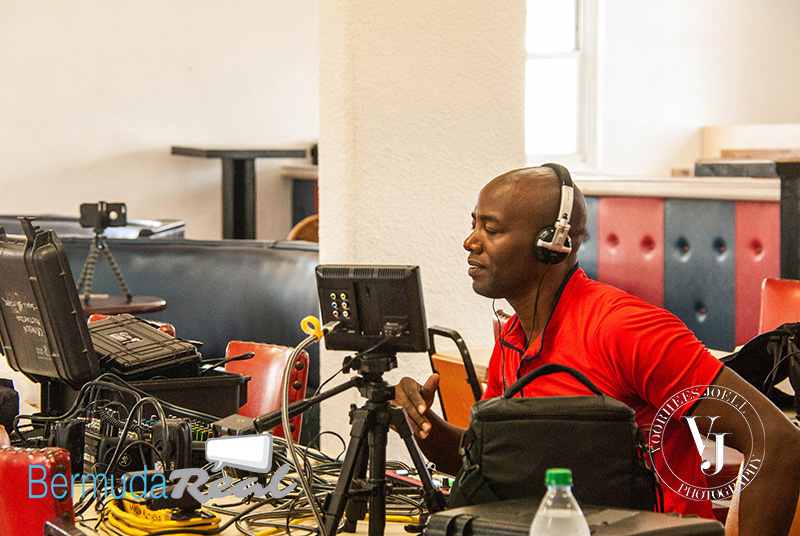