Medina Spirit, touted as one of the Derby’s “top five or 10 horses” by Baffert earlier in the week, took the lead out of the gate and never let it go in winning Saturday’s Run for the Roses.

An announced crowd of 51,838 at Churchill Downs saw Baffert win his seventh Kentucky Derby, breaking a tie with Ben Jones for the most by a trainer in the race’s 147-year history.

“I knew he was training well, but I’m really, really surprised,” Baffert said. “When I saw him on the easy lead, I kept waiting for the horses to come at him but (jockey John Velazquez) had him at a perfect spot. And if you have him on the lead, he’ll fight. When those horses came to him, I can’t believe he won this race. That was all him. It was guts.”

Baffert and Velazquez teamed to win the Derby for the second consecutive year, as Authentic won last year’s race that was delayed until Labor Day weekend because of the COVID-19 pandemic.

Fans were not allowed to attend last September, but Saturday’s 50,000-plus enjoyed a tight finish on a beautiful spring Saturday. Mandaloun was a half-length back in second, and Hot Rod Charlie was another half-length back in third. Essential Quality, the post-time favorite, finished a head back in fourth.

Mandaloun, Hot Rod Charlie and Essential Quality all made charges in the final furlong to Medina Spirit’s outside but couldn’t catch him.

“It just doesn’t get old,” said Velazquez, who won his fourth Derby overall. “The pleasure is to be here and to win it again. I want to come back next year again.”

Owned by Amr Zedan’s Zedan Racing Stables, Medina Spirit improved to 3-3-0 in six career races. He was coming off a pair of distant second-place finishes at Santa Anita Park, losing by 8 lengths to Life Is Good in the Grade 2 San Felipe on March 6 and by 4 ¼ lengths to Rock Your World in the Grade 1 Santa Anita Derby on April 3.

Those defeats had Baffert downplaying his horse’s chances earlier this week, at one point calling Medina Spirit “a cut below those top horses.”

After the race, Baffert said, “He’s an overachiever. His heart is bigger than his body.”

A son of Protonico out of the Brilliant Speed mare Mongolian Changa, Medina Spirit was purchased for $35,000 at the 2020 Ocala Breeders Sales for July 2-Year-Olds & Horses of Racing Age.

“He doesn’t know how much he cost,” Baffert said. 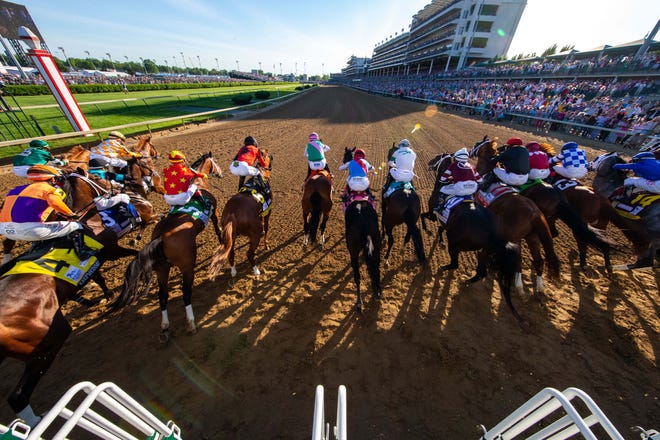 Messi Dreams On: Argentina In Seventh Heaven As Side Beat Dutch To Set Semi-Final Date With Croatia