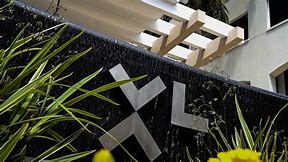 Hamilton, Bermuda – August 9, 2018 – XL Catlin announced today that the 2018 XL Catlin Scholarship has been
awarded to Warwick Academy Deputy Head Boy Matthew Oliveira.
The XL Catlin Scholarship is a four-year full scholarship open to students who are Bermudian or hold Permanent
Resident Certificate status and are working toward a degree in (re)insurance industry related studies.
Eighteen-year-old Matthew, the son of Cathie and Cesar Oliveira of Southampton, was selected from a list of close to 30 eligible applicants for the scholarship.
Matthew will be attending Loughborough University in the UK this September. He will be studying Business and
Finance as he plans to obtain a Bachelor’s Degree in Finance and Management and to pursue a career in the
(re)insurance industry.
Describing himself as “as one who aims to achieve the highest standards” and “incredibly driven”, Matthew’s
academic and athletic achievements to date reflect this. His academic achievements include scoring an A* in Mathematics at International General Certificate of Secondary Education (“IGCSE”) level when he sat the examination ahead of schedule. 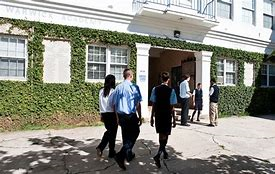 At Warwick Academy, Matthew received the International Baccalaureate Scholarship for both the 2016/17 and
2017/18 academic years and was on the Principal’s List throughout high school including in the Sixth Form. He also earned the highest IGCSE grades in Year 11 at Warwick Academy.
He is also one of Bermuda’s top junior cyclists, who has won numerous local and international races, including gold medals in the Junior Caribbean Cycling Road Race Championship in Barbados and the Youth Commonwealth Games in the Bahamas.
His local accomplishments include winning the Bermuda Bicycle Association’s Male Cyclist of the Year Award in 2016 and 2017, the Bermuda Government Youth and Sports Junior Male Cyclist of the Year Award in 2015, 2016 and 2017, the President’s Cup Race in cycling last August, the Bermuda Junior Male Road Race last June, the Sinclair Packwood Memorial Race in 2016 and three years in a row (2015 to 2017) he was crowned Bermuda Junior Male Time Trial Champion in cycling.
Recently Matthew, who competes overseas for Hot Tubes – a top junior development cycling team in the US, achieved several top finishes in the Junior Tour of Ireland.
Besides cycling, Matthew enjoys competing in local triathlons, lionfish hunting and helping to protect Bermuda’s coral reef system.
Despite his busy schedule, Matthew also finds the time to participate in community service activities in Bermuda.
They have included volunteering at the annual PALS Fair and raising funds for the Bermuda Sloop Foundation via the Pirates of Bermuda event.
XL Catlin Scholarship Committee Chairperson, Carol Parker Trott, said: “We are proud to have Matthew as our 2018 XL Catlin Scholar. He is the epitome of what this scholarship is all about.
“It is not just about rewarding someone for academic achievements. It is an investment in well-rounded students who demonstrate their commitment to
excellence in and outside the classroom and convince the Committee that they have what it takes to honorably
represent the scholarship, the company, their community and the industry now and well into the future. Given his
performance so far, we have no doubt that Matthew will accomplish this and much more.”
♦ About the XL Catlin Scholarship: Since the inception of the XL Catlin Scholarship (formerly the XL Insurance Scholarship) in 1990, close to $2.8 million has been provided to help Bermuda students prepare for professional careers in the (re)insurance industry.