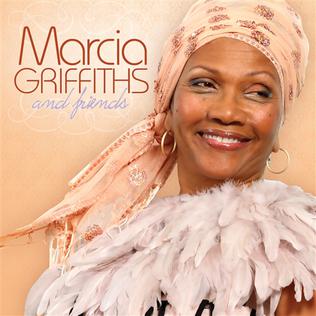 The Gleaner: KINGSTON, Jamaica – She is the picture of a regal lioness. Surviving in an industry that was once decreed a man’s world, Marcia Griffiths is a strong and agile hunter for what she wants, gracefully overlooking the pride to which she feeds her talent and wealth of knowledge.

The foundation singer is in the kitchen when The Gleaner calls for an interview scheduled for one o’clock during the Saturday lunch hour, but she makes no protests as she states, “that’s also one part of a woman’s role in this life, you know”.

“We are the mothers of creation, of everything,” said Griffiths, whose gift for creating was recognised very early by music-industry executives including Ronnie Nasralla, Clement ‘Coxsone’ Dodd, and Byron Lee. She was one-half of the duet with Bob Andy for approximately four years, and she was also a member of the I-Three with Rita Marley and Judy Mowatt, providing supporting vocals for Bob Marley and The Wailers.

She does not see the launch of her solo career as a result of moving on from the I-Threes, pointing out that it existed before joining the influential group, she said. “It’s never that you move on from one thing to the other in this industry. I never relinquished my career because even while on tour with Bob and the I-Three, people were still requesting solo appearances from me.”

The singer and songwriter added that she credited her success “to so many people at different points in my life, and aspects of the journey, and my life – like Bob Andy, who I met in the earlier stages of my career – and then there was quite a bit of inspiration from several musicians, but you know, it was all about the support from fans. Even until this day, I think God’s support preserved me, but the fans motivated me, so that is a major part … . I know for sure I would not be a part of this had it not been for their support.”

Griffiths’ penetrating and harmonious voice was the reason she was able to rise as an entertainment woman of distinction, but her humility is what earned her the title, ‘Queen of Reggae’, but don’t expect her to use it.

She quickly says: “It’s better you say it than me. I have never said that in my life. No one has ever heard me say that out of my own mouth ever,” she said at the very mention of the title.

Throughout her illustrious career, which has spanned over five decades, she has released numerous enchanting, authentic ska, reggae, and rocksteady recordings that garnered global attention. Her first Jamaican number-one song was Feel Like Jumping, but she earned prime positions on the Billboard Reggae Albums Chart with the 1983 single Electric Boogie, which the curators have stated is the highest-selling single in the US for a Jamaican female reggae artiste. It peaked at number 51 on the Billboard Hot 100 Chart. The 1989 remix was the inspiration for the electric slide dance move.

“I have said it in many interviews, how, even out of evil cometh good. That number-one song came from a bad experience that we, as women, had in Canada. Up until quite recently, nine out of ten times women would go on stage to perform, but at the end of it, receive a hard-luck story instead of their pay, but they think twice to try it with a man,” she shared.

“It was never easy in a male-dominated world. The number of women in the music business could be counted on one hand at the time of my emergence. It was a struggle. I invested in a small rhythm box (bought in Canada), returned to Jamaica, showed it to Bunny [Wailer], and that’s what we used to create the hit. Sometimes things happen strangely.” 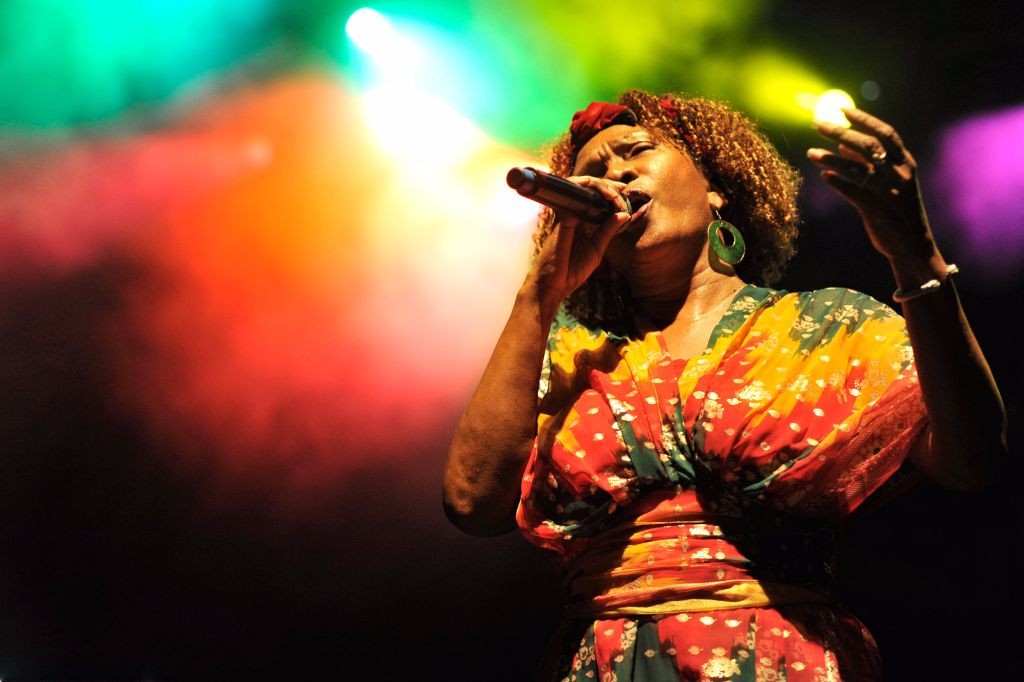 The singer revealed that her stories of struggle and success are evenly etched in her music with Survival, released in 1978, where it is expressed clearly, “You push me ‘round like I’m just a clown/You wanna see me suffer/You treat me just like you treated the ground, trampled me all over/But I’ll get on my feet again and ride on a wave to happiness/Burn all the hurting pain, in times like these where survival is the game,” which she says was inspired by more than one experience.

Griffiths said, “Survival, to survive, is an experience, and I lived it and experienced the worst, and a lot of my sisters can relate to it because they have lived it.”

Her mantel is extensive. Her awards include the Prime Minister’s Award of Excellence in 2002 and investiture in the Order of Distinction, Commander Class, in 2014. She also received The Gleaner Honour Lifetime Achievement Award for Entertainment in 2015 and was one of three recipients of the 2020 Jamaica Reggae Icon Award presented on Independence Day. This year, she was inducted into The Young, Gifted, and Black (YGB) Caribbean Music Entertainment ICON Hall of Fame in New York.

“These are all important, and I am thankful for each award and accolade, but in a time like this when there is a tendency to think everything a downer, it was uplifting to have been named a YGB Hall of Fame inductee,” the gracious singer remarked. 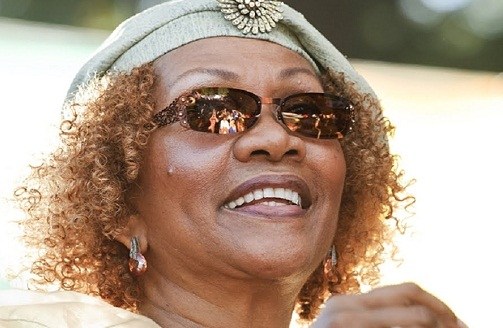 Her Marcia Griffiths and Friends album entered the Billboard Reggae Albums Chart in 2013, and more recently, Timeless became the highest-charting album in her catalogue, which holds approximately 15 full compilations.

With her next album in full swing, Griffiths is energised and is roaring to make beautiful noise. “Penthouse Records has been my home since the ‘80s even though I do work with Beres Hammond at Harmony House. I have never been one to record here, there, and everywhere. Instead, I believe in honouring where I am,” she said.

A role model for the women who emerged in the industry after her, she still thinks it is a time to celebrate all women for their achievements.

“This is an era where women are in the background; we are front line, doing so many things. Even in the very industry I am in, it is beautiful with all the flowers growing and blossoming in the garden, and it shows that times and things have changed. I celebrate so many women leaders worldwide – women in government, the field of medicine, to piloting planes. Like the Bible says, the woman shall surpass the man … I don’t think there is a job that a woman [couldn’t] tackle, master it, or survive as a man would,” Griffiths said.