Ramon Timothy Lopez, 28, became unresponsive in the back of a police car following his arrest for allegedly stealing a drink from a shop in the city of Phoenix.

The cause of death is pending from the medical examiner, while two separate investigations are under way into the incident and the actions of the police officers involved.

He added: “They were on top of him with all their weight on the hot asphalt. Who wouldn’t be fighting? He was fighting for his life, and he lost.” The incident took place on August 4 after police received a call from a woman reporting a man behaving suspiciously, making obscene gestures and looking at people’s cars.

“He’s kind of acting funny, he’s over there sticking his tongue out. I don’t know what’s wrong with him,” the caller says, in an audio recording of the call also released by police.

An officer arrived at the scene and spotted Lopez, who ran after he saw the police vehicle.

The officer followed him in the car to a store, from which Lopez stole a drink, and confronted him as he emerged from the outlet.

Bodycam footage shows Lopez throwing the drink at the officer as he is chased, before he is caught and they both fall to the ground.

Two more officers arrive to help as the pair can be seen struggling in the middle of a road.

Bodycam of an officer who has hold of his legs, shows another officer’s knee on Lopez’s right thigh, while another has placed their knee on his back.

Despite attempts to resist, Lopez is eventually handcuffed and his legs placed in a restraint to stop him from kicking.

He can be heard yelling out as he is restrained on his back. 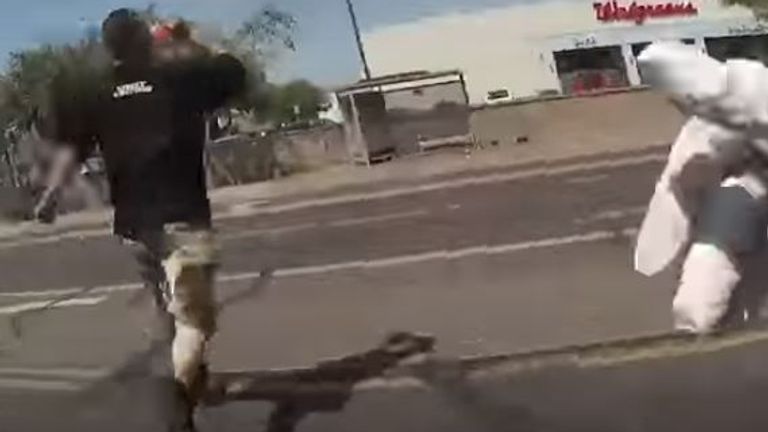 Image:Lopez being chased by the first responding officer

Lopez is told repeatedly to “roll over” by an officer as they try to move him onto his stomach, still moaning.

“You have got to relax, man,” an officer can be heard saying.

An officer conveys that they believe Lopez is under the influence of illegal drugs due to his erratic behaviour in a radio transmission.

All the officers can then be seen on their feet standing around Lopez.

More officers arrive at the scene and four lift him up and place him into the back of a police SUV to get him out of the road, Lopez still facing down. They then drive to a nearby car park, which takes about a minute, and check on Lopez and find him unresponsive.

He is brought out of the vehicle and an officer can be seen pouring a bottle of water on his head.

“Wake up buddy,” an officer says.

Another asks: “Do you have a pulse?” An officer replies: “Yeah. He’s breathing.”

Lopez was taken to a hospital, where he was pronounced dead. Image:Lopez being lifted into a police car by four officers

At about 10.40am, when the struggle was under way, the temperature in Phoenix was over 100F (38C). According to the National Weather Service, tarmac in direct sunlight can top outdoor temperatures by more than 60F (15C).

Sgt Mercedes Fortune, of Phoenix Police Department, said: “Conclusions about whether the actions of the officers are consistent with department policy and the law will not be made until all facts are known and the investigation is complete. 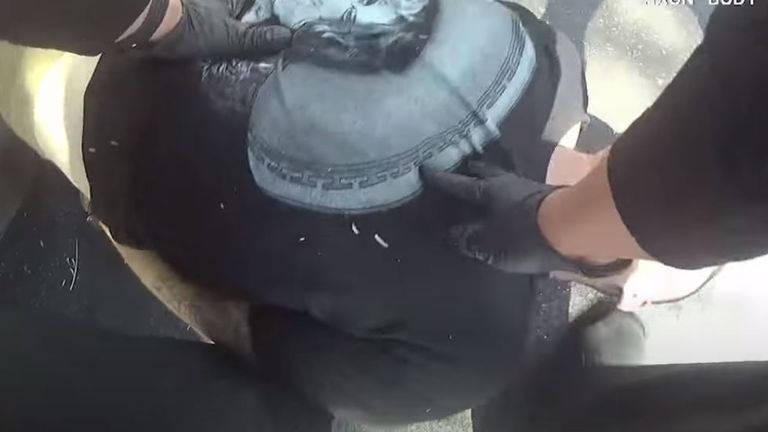 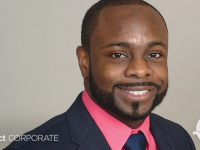 Jamal Hardtman: No Longer With The BTA But Still Recognised For His Work in Tourism