A 62-year-old St George’s man who was driving the truck involved in a fatal road crash on Saturday night was arrested and subsequently released on police bail, as the investigation into the death of 48-year-old Arthur Wales continues.

The accident occurred around 6:53pm on Cut Road in St George’s on November 3.

A police spokesman said: “Despite lifesaving efforts by emergency medical technicians at the scene which continued as he was rushed to hospital via ambulance, Mr. Wales was later pronounced dead.

“A Family Liaison Officer has been assigned to assist the deceased’s loved ones at this difficult time.”

He also extended sincere condolences on behalf of the BPS to the victim’s family and friends.

“The investigation regarding this fatal collision – the eleventh of the year – continues and any witnesses that have not already come forward are encouraged to contact Constable Terry Thompson of the Roads Policing Unit on 717-2393 or via his e-mail tthompson@bps.bm at the earliest opportunity.” 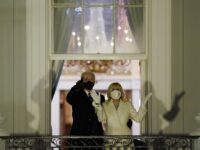