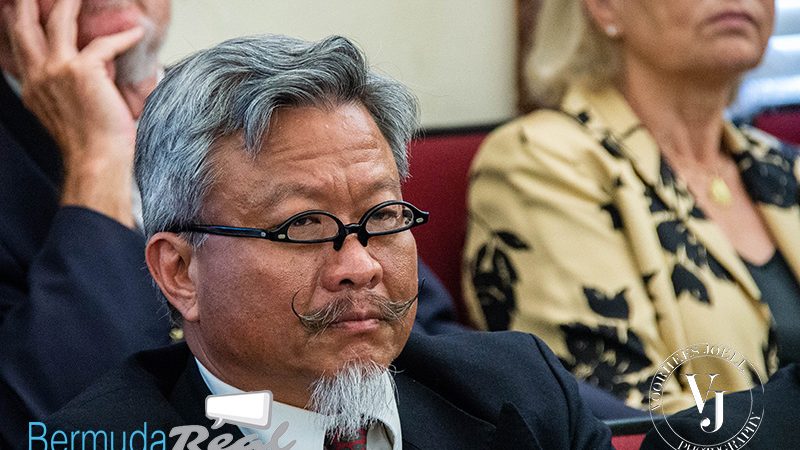 Magistrate Tyrone Chin told a 49 year-old Pembroke man who led police on a high-speed chase to escape a warrant that his driving was “totally horrendous” and put the safety of both pedestrians and motorists at risk.

Che Pennyman appeared in Magistrates’ Court on Thursday on a charge of failing to stop for police on March 11.

The incident occurred around 4:45pm in the Cobb’s Hill area, when police on patrol spotted Pennyman riding a red auxiliary cycle.

They followed him north on the road until he turned on to Ord Road.

Police turned on the sirens when Pennyman ignored stop signs and led them on a chase through Ord Road, Tribe Roads No 1 and 2, and sections of the Railway Trail, where pedestrians were forced to get out of the way to avoid being hit.

Pennyman ditched the bike in a driveway on Ord Road and ran before he was eventually caught in a nearby back yard and arrested.

The court heard that the outstanding warrant was related to the theft of a motorcycle in November 2019.

He told police: “You caught me, but I returned the bike.”

Magistrate Chin fined him $150 for riding without a licence and $200 for failing to stop for police and added that the dangerous-driving offence deserved the maximum penalty of a $1,500 fine, with an 18-month disqualification from driving all vehicles.

“You should know better than this,” he said.

The bike was later returned to City Hall and Pennyman apologised to Mr Caines.

He was sentenced to one year in jail, suspended for two years.