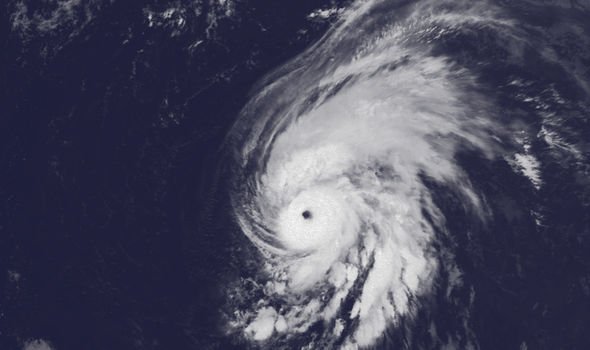 Hurricane Lorenzo is now a powerful category four storm, packing maximum winds of 145 mph in the Atlantic, joining “the heap of storms” over the last few years “to break some sort of a record—this time, it’s the most intense hurricane ever recorded so far east in the Atlantic”.

While the storm poses no immediate threat to land, forecasters say the hurricane may pose a threat to the Azores Islands by next week.

The latest forecast from the National Hurricane Center (NHC) says: “The storm has a thick core surrounding a big, clear eye,” which “indicates that the hurricane is at or near its peak intensity”.

“Lorenzo should soon start to lose atmospheric support and begin to slowly weaken over the next five days,” the NHC said.

“Meteorologists have never recorded such a strong hurricane so far east in the Atlantic Ocean. Lorenzo’s minimum central pressure is the lowest on record this far east”, one forecaster said.

“The last storm to reach 145 mph was Hurricane Helene in 1988, which did not achieve its peak intensity until it was 400 miles to the west of Lorenzo’s current position,” he added.

House: Special Joint Session On Friday To Offer Condolences & Tributes To The Queen