Amid confusion over Boris Johnson’s 12-week shutdown, London remained open for business today, with many shops and cafes operating as normal and attracting a steady stream of customers.

This after Britons were told yesterday to avoid pubs, clubs and theatres as part of advice to avoid non-essential travel and contact with others, but because none have not been forced to close a majority are still open.

Mail Online reports: “At Waterloo Station, shops including a Pret, Costa, McDonald’s and a Bagel Factory were serving queuing customers this morning.

“An event hosted by Canadian actor William Shatner at the Hammersmith Apollo was said to be ‘70% full’ last night and the London Palladium still has a concert scheduled for tonight.

“Meanwhile, usually packed trains and buses were far quieter than usual as millions of people followed government advice to work from home.

“Some businesses today complained that being allowed to stay open with far fewer customers was actually the worst outcome, as it prevented them from claiming insurance.

“As the death toll from the virus rose to 55, Chancellor Rishi Sunak is set to reveal a multi-billion pound support package to stop thousands of businesses from going bankrupt. 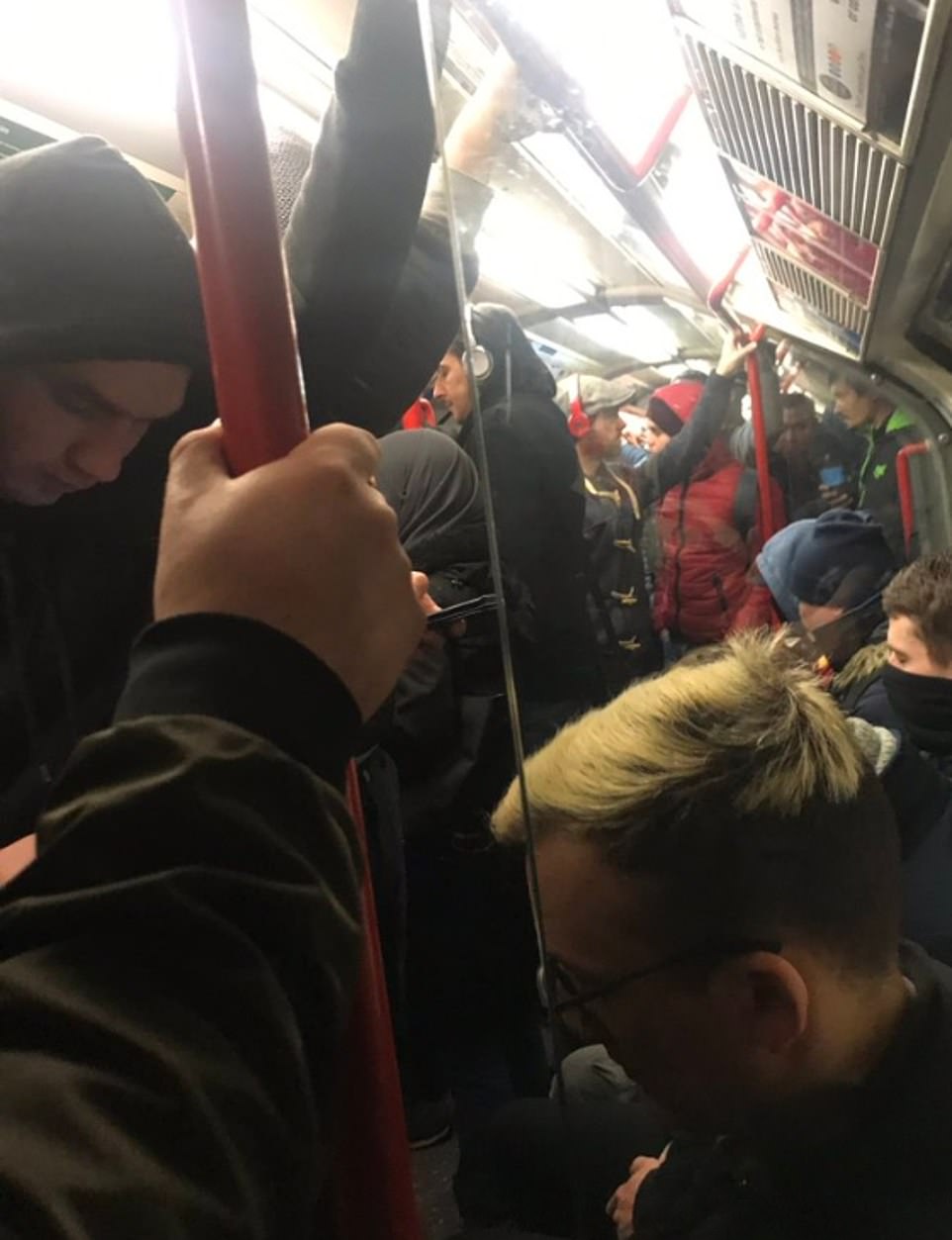 “Yesterday, the PM warned that the coronavirus was now in a phase of rapid spread across the UK, with London seeing a particular surge, and it was time to take radical action to stop the NHS being swamped.

“But unlike New York – where all bars and restaurants have been compelled to close by 8pm local time tonight – Mr Johnson said he would rely on businesses and Britons to follow guidance.”

The PM told a Downing Street press conference: “‘If necessary, you should ask for help from others for your daily necessities.

“If that is not possible, you should do what you can to limit your social contact when you leave the house to get supplies.’

“Now is the time for everyone to stop non-essential contact with others and stop all non-essential travel. We need people to start working from home where they possible can. You should avoid pubs, clubs, theatres and other such social venues.”

In a special plea to residents in London, Mr Johnson said people there were at the highest risk.

“It looks as though London is now a few weeks ahead… it’s important that Londoners now pay special attention to what we are saying about avoiding all non-essential contact.”

This after ministers “were warned the death toll from the virus could hit 260,000 unless dramatic measures were taken immediately”.

“But some businesses reacted angrily today and said that only being advised to close rather than being forced would mean they could not claim insurance.”

Nik Antona, from the Campaign for Real Ale, said: “The lack of decisive instruction from the Government leaves pubs in a limbo where customers will abandon them, but they’ll be unable to claim insurance or other support to help them survive.

“The Government has not defined how long people should stay away from pubs, but be in no doubt, within a short time many pubs and breweries will close and never reopen to serve their communities.”

Another industry source told Mail Online many insurance companies were already refusing to pay out to pubs, shops and cafes forced to close on the Continent and even if they did the money could come too late to avert mass closures.

“A lot of businesses cannot claim anyway as some insurance providers are classing it a force majeure,’ a spokesman said.

“The minority that do have cover will have too long to wait for any pay-out. By the time businesses see their money it could be weeks too late.

“Even if the Government changes its position and forces venues to close, businesses could be long gone by the time claims are sorted.

“We need immediate help to make sure venues don’t go under. The Government must start subsiding wages, otherwise there will be widespread job losses.”

One dentist also contacted Mail Online to complain about the lack of advice coming from government for their sector.

“There is lots of information and guidance for doctors but none of any substance for dentists,” she said. 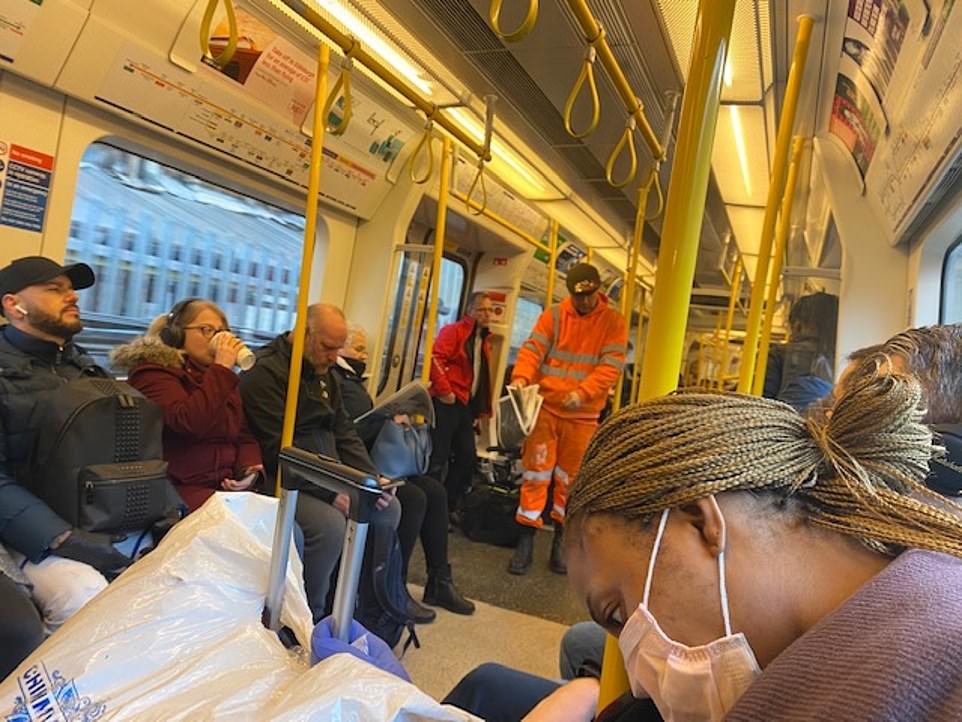 “We are at the highest risk of all healthcare professionals to catch the virus due tour working in such close proximity to patients.

“We are expected dot be open as usual but cannot buy any protective kit and have not received a promised pack from the NHS. There are a lot of anxious dental staff in UK at the moment.”

Businessmen, accountants and engineers were among the few passengers arriving at Waterloo station this morning in what is usually the rush hour,” the report added.

“They told how they would pick up laptops and attend meetings to coordinate working from home.

“While key workers explained why they had to come into town.”

Cases of the coronavirus across the UK have now risen to 1,543, with 55 deaths, but there is likely to be many more as tests are being carried out on patients in hospital.

“Mr Johnson also said he was not yet ordering schools to be closed, saying he still believed it could make matters worse.

“Under tough new powers, people who refuse to go into quarantine face being detained or slapped with a fine of up to £1,000.

“Police are able to use ‘reasonable force’ to constrain those who could infect others.”

CPI: Consumers Paid 2.8% More Than They Did In November 2020 For Same Basket Of Goods