Kelsey LeFevour, of the US placed second, in a time of 17:81 and Anahi Lucero Vazquez, of Mexico, finished third in 19:51.

The 26-year-old athlete rounded out an impressive showing with two gold medals and a silver medal, after taking top honours in the T53 400m, and securing a silver medal in the 800m women’s finals on Monday.

Her fellow team mates, Steve Wilson, Yushae DeSilva-Andrade and Omar Hayward will be participating in the boccia competition today. 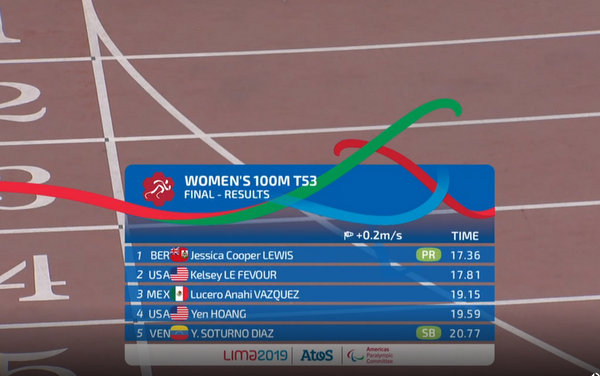