Bermuda Championship marked Port Royal’s 50th Year with special meaning for Kim Swan, who submitted this response when asked by Bermuda Real how did it feel to be the one to launch the event with his inaugural hit before daybreak…

It was truly my honour to stand in for unsung Bermuda greats and remember those who helped pave the way, along the way.

Many emotions flooded through my spirit as the time drew near to hit the first-ever golf shot to launch the PGA Tour Bermuda Championship at Port Royal Golf Course – my ‘Field of Dreams’.

,  Kevin Dallas CEO of the Bermuda Tourism Authority and Sean Sovocol of Bruno Event Management for bestowing this honour on me at Port Royal Golf Course.

It was not lost on me that on this weekend Port Royal Golf Course enters our 50th Anniversary and I salute the growth of public golf it promoted in Bermuda.

Port Royal’s inaugural Board of Trustees Chairman Reginald Tucker from St George’s, Hubert Smith, George Wardman, Eric Parker, Dr. I. W. Hughes, together with local parliamentarians Ralph O Marshall MP and then Opposition MP for Southampton Reginald Burrows MP; an avid golfer, who must be recognized for supporting the advancement of an outstanding vision to realize a world class public golf course.

Lovingly, I share willingly that my mother and family were raised on this same property before it was commissioned as a golf course, and that my golf teacher and Uncle Herman ‘Tucci’ Bascome taught golf on the eastern side of this same property where #13 & 14 are today, long before this golf course was built. 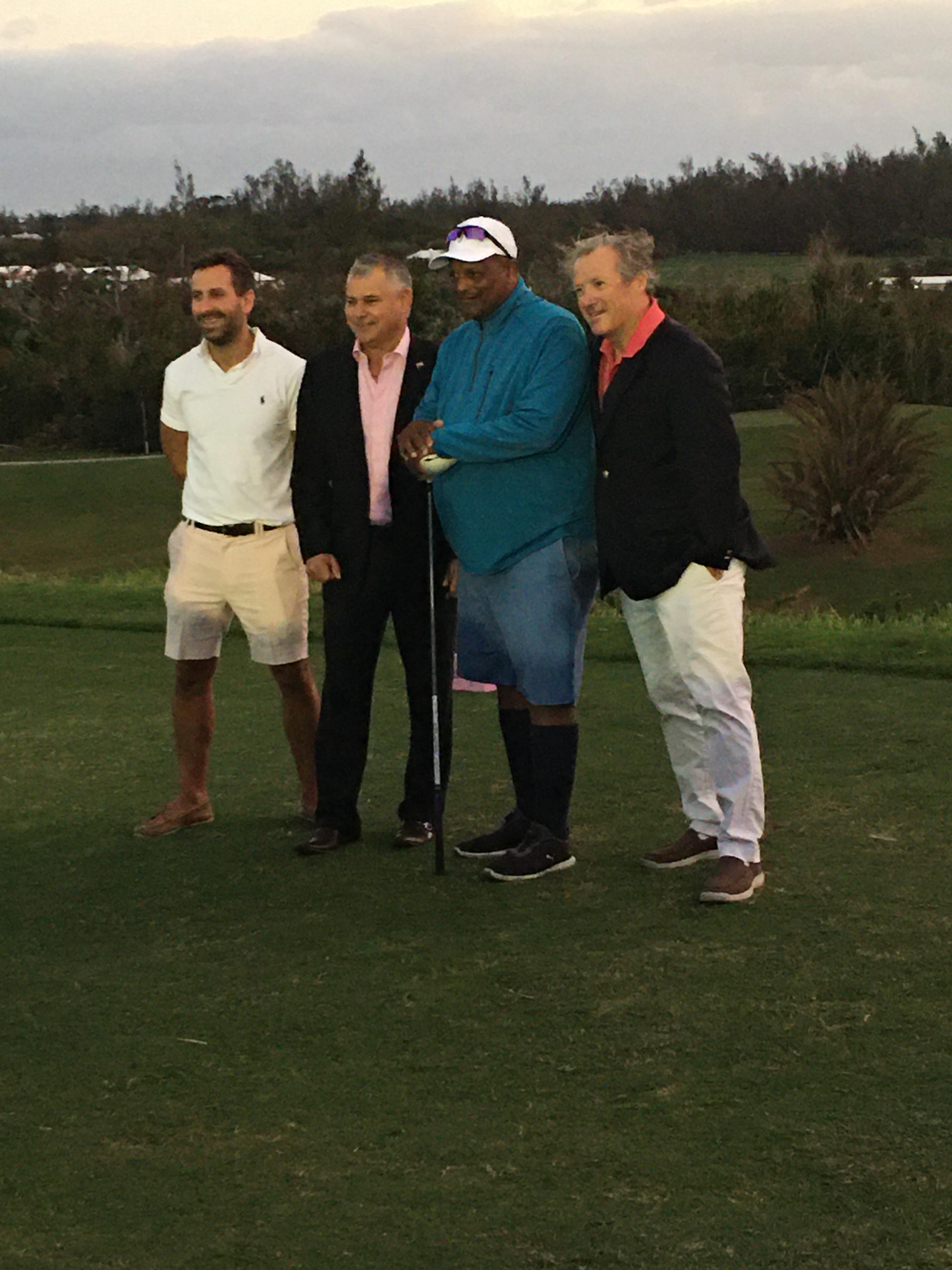 The opportunity to hit the first golf shot at the PGA Tour Bermuda Championship, was a honour I accepted on behalf of the great generation that taught me golf – who were unable to realize their true potential because of the “Caucasian Only Rule” that was in effect between 1934 – 1961 within the PGA of America (the precursor of the PGA Tour) and its impact globally.

Those then young men who in the prime of their lives were unable to realize their true potential- Louis Rafael ‘Kid’ Corbin, Earl Anderson, Herman ‘Tucci’ Bascome, Earl Lowe, George Lowe, Leonard Jones, Bill Pitt Sr. Llewelyn DeRoza, Calix Darrell, Percy Vincent and many others of that era in Bermuda.

The impeccable timing of the PGA Tour Bermuda Championship being held at Port Royal as we enter our 50th year is not lost on me.

We serve an on time God.

I could not help but be reminded on that first tee to hit that ceremonial shot of the true majesty of public golf – how manifested itself through my life – to be recognized by an American Golf Professional while caddying at Port Royal Golf Course.

I tearfully remembered the late Bob Cloughen Sr, who in 1975 saw enough in my character to arrange for me to attend school at Palm Beach Junior College, Lake Worth, Florida. What ensued was a close friendship with teammate Ken Green and the development in golf in the United States.

In my journey that took me out of Bermuda I must acknowledge many people that influenced my development:

Again we note the impeccable timing of Dr Jeffrey Sammons, of New York Universty, who has unearthed the contributions of Louis Rafael ‘Kid’ Corbin of St George’s to the progression of Blacks in golf during the height of when the Caucasian Only Clause was in full force 1934 – 1961.

It is in memory of your spirit that I hit that ceremonial 1st shot – ironically at the Crack of Dawn!

Kim Swan Kim Swan JP MP competed in golf at the highest level as an amateur and professional golfer to become the only  Bermudian; to date, to ever hold membership on the PGA European Tour (1981 – 83).

One highlight was sharing low round honours in the 3rd round of the 1981 Dutch Open with legends Raymond Floyd and Sam Torrance.

As an amateur in the 1970’s in the USA Kim competed at the highest level in the Eastern Am, Dixie Am, Porter Cup, Western Am, Orange Bowl Junior, International Fourball, World Am, Rice Planters and Azalea Amateur and in many instances was the only Black in the field.

In the 1978 Azalea Amateur in Charleston South Carolina, Kim Swan was; unbeknown to him at the time, the first-ever Black to play in that prestigious amateur event. Photos were required in the years following. 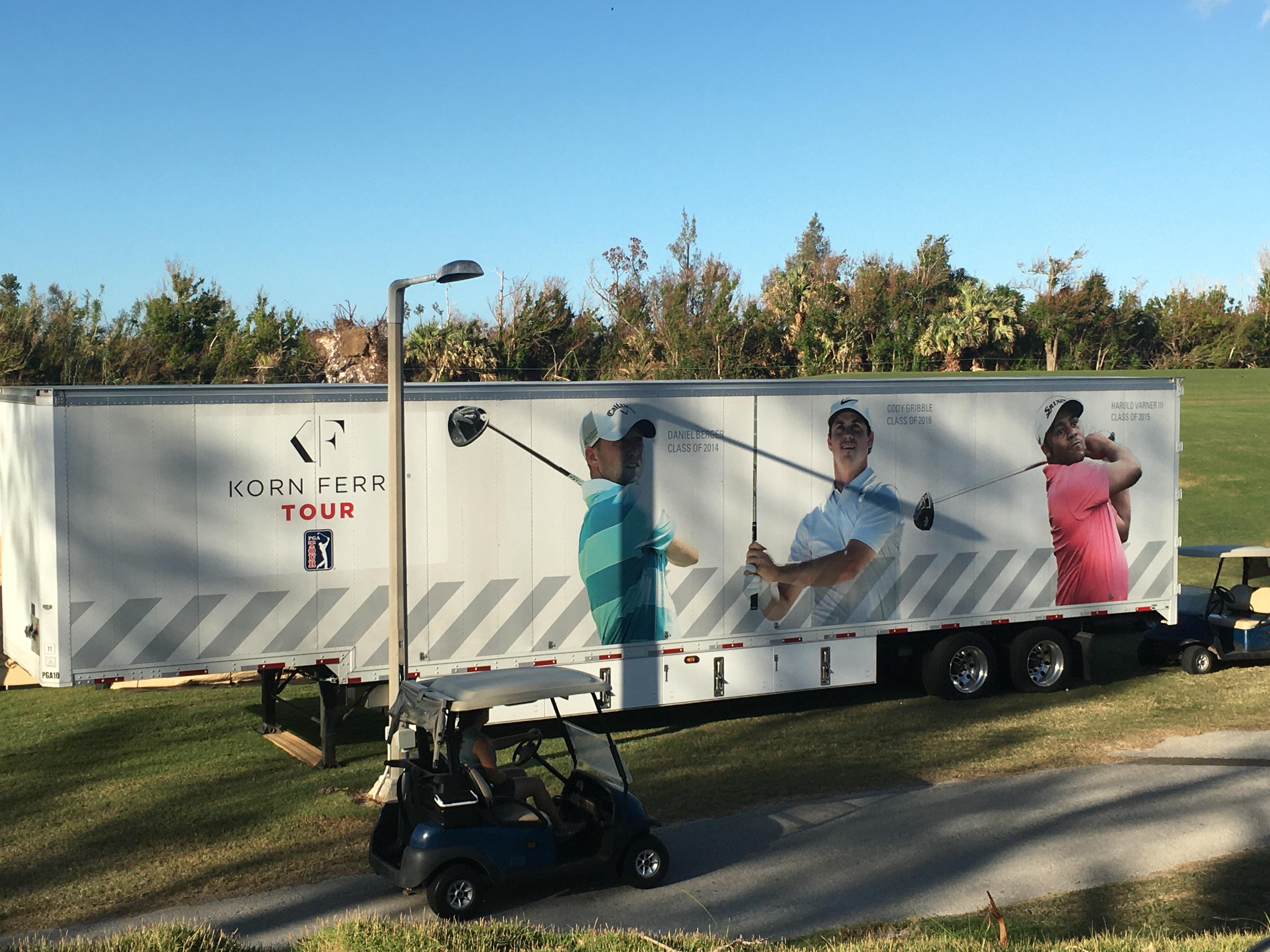 Another milestone was in 1984, when together with teammate Keith Smith they won the Americas Zone Qualifying and became the first Bermudians to participate in the World Cup of Golf, a prestigious professional golf event in that era.

Kim is a former President of the Bermuda Professional Golfers Association whose members made him an honorary member.

Today Kim is a much sought after Golf Coach, who regularly writes articles for local and international golf publications.

Kim was educated at The Berkeley Institute and Warwick Secondary School and received further education at Palm Beach Junior College (now Palm Beach State College) in Florida. He graduated from Troy (State) University, Alabama with a Bachelor of Science degree.

Kim is married to Cindy and they are proud parents of two daughters and two sons.