Set to graduate this year, 17-year-old Kameron Young said she is both “excited and humbled” to be the first Bermudian selected for an opportunity of a lifetime.

The young would-be physician currently attending Bermuda High School for Girls, was one of 30 speakers representing “a range of professors, early-career researchers and PhD students”, who addressed the third annual Bermuda Principles Impact conference, held in February at the Fairmont Southampton Resort.
Topics ranged “from basic science to applied therapeutic applications, relating to the latest research on an array of diseases such as – influenza, HIV, breast, prostate and rare cancers, leukaemia, brain malformations, atherosclerosis, Hutchinson-Gilford Progeria Syndrome, multiple sclerosis, obesity, neurodegenerative diseases and diabetes”.
Ms Young’s presentation on her recent study on the TAS2R38 bitter taste receptor gene and its link to sugar preference and diabetes, “caught the attention of two specific attendees – Professor Lorna Harries and Dr David Buck”.
They have both invited Kameron “to do placements in their laboratories in the UK this summer” and now she’s planning to do a week placement at the University of Oxford, “learning how sequencing of clinical samples happens on a larger scale, and then travel south to the University of Exeter to do a two-month placement in Professor Harries’ laboratory”.
Once there, she will have “her own project that she will work solely on, just as a Master’s student”.
Professor Harries was the 2019 Distinguished Keynote Speaker, and heads her lab in the University of Exeter which has a diabetes focus.
Dr David Buck is the Head of High-throughput Sequencing at the Oxford Genomics Centre at the University of Oxford. 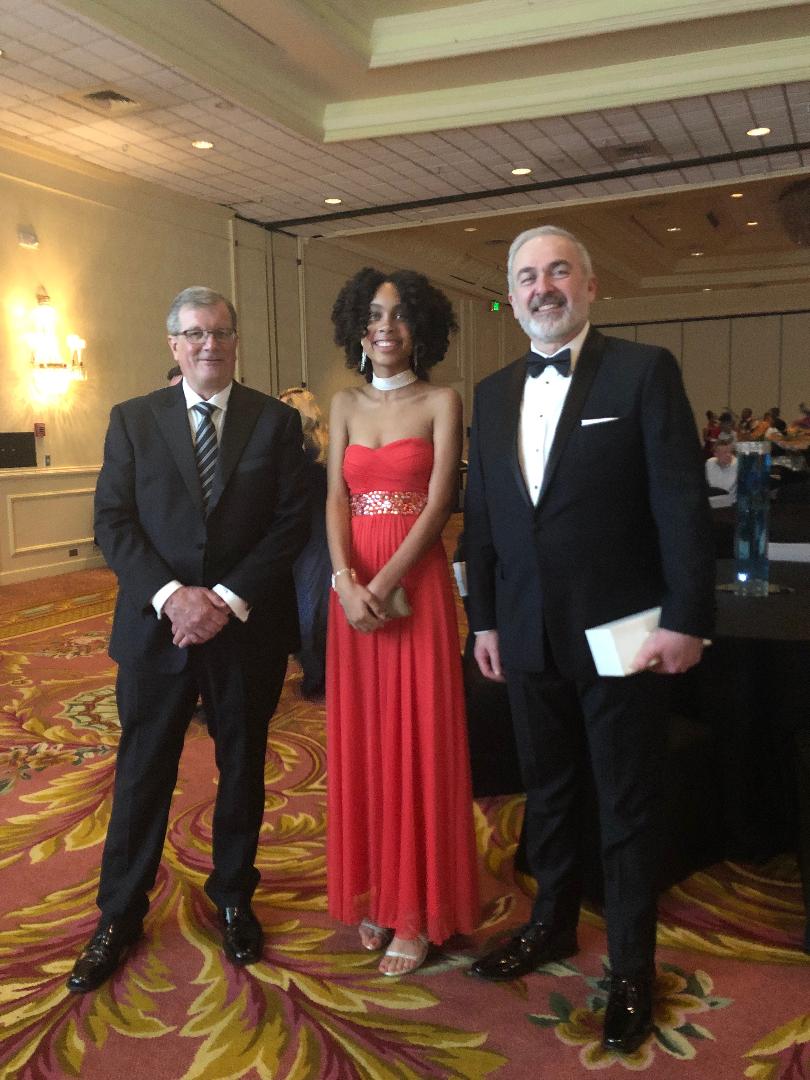 Ms Young’s study was part of the Bermuda Principles Diabetes Education Day, sponsored by The Argus Group.
When contacted by Bermuda Real, Ms Young said: “I am excited and humbled by the fact that I am the first to be granted such an opportunity.
“I had no idea that chance meeting with Dr Weldon over three years ago would lead to this. It is truly surreal.”
Dr Carika Weldon, Kameron’s mentor, said it was inevitable.
“Kameron has grown so much in the last two years I have known her. She presented so confidently on the international stage and her scientific work is on par with that of the international presenters,” said Dr Weldon.
“I am extremely pleased that she will be able to further her skills this summer in two top institutions.”
For Kameron, “presenting on an international scale was a surreal experience” that she was “happy to have had the opportunity to do”.
And to take the financial bite out of higher learning, an anonymous sponsor “has ensured that Kameron’s placements will occur by giving $10,000 towards her travel, accommodations and research costs”.
Dr Weldon added: “The possibilities are endless for our young upcoming scientists when we allow them to network with world renowned researchers in their backyard.”
The theme this year was ‘RNA Processing & Disease’. The international science conference saw 85 international guests, attend, representing a 100 percent increase from 2018, who attended the five-day event from as far as Australia and Uruguay. 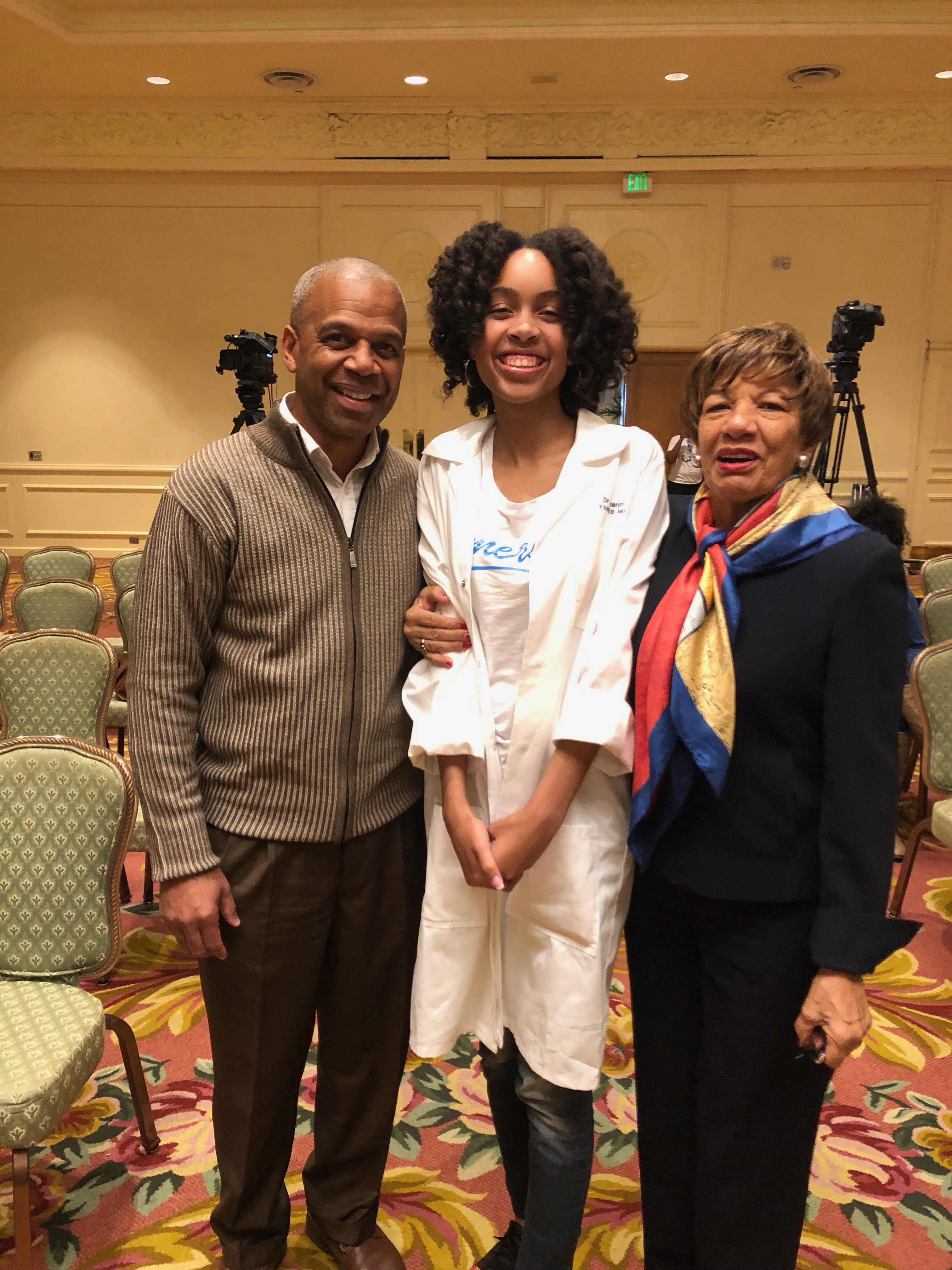 Thirteen countries were represented, with over 50 participating organizations from all over the world.
Dr Weldon noted that this year’s event was also “successful in achieving its aim to put on international conferences that benefit the community and the youth”.
“The Bermuda Principles, an agreement established by the top international 50 scientists working on the Human Genome Project, decided to put all DNA sequence data generated into the public domain rather than monetize it through patents.
“The island played host to three meetings from 1996-1998 called the ‘International Strategy Meeting on Human Genome Sequencing’ and the Bermuda Principles Foundation Programme Fund, a non-profit initiative of the Bermuda Community Foundation, was founded to continue this legacy in 2016 by Bermudian biochemist Dr Carika Weldon.”
Jointly sponsored by the Bermuda Tourism Authority and the Fairmont Southampton, the event was also attended by the Head of Business Development at the Bermuda Business Development Agency, Sean Moran, and the Minister of Health, Kim Wilson.
The 2020 Conference planning is already underway, taking place February 12-16th next year with the theme being ‘Impact on Transcriptomics’.
There will be a focus on women in science. Dr Weldon added: “The 2020 Awardee has also already been confirmed and being a great woman in science will surely be a great role model for our local young Bermudian girl scientists.”
For more information on how to get involved or support the Bermuda Principles 2020 Conference, email  admin@bermudaprinciples.org.

Is It Safe To Get A Flu Shot & A COVID-19 Vaccine At The Same Time? Experts Explain

Another Life Lost Due To COVID, Total Deaths Now 119

COVID-19: Test On Arrival & Quarantine For At Least Eight Days

Pilot & Minister Board Anthem of the Seas Before 7am – Ship Due in Port at Dockyard at 8:30am