In a joint statement released yesterday, Minister Brown said they held “candid and constructive” talks on the proposed changes. He also reaffirmed his commitment to accepting submissions on future amendments to the Bermuda Immigration and Protection Act.

The HRC welcomed the invitation for one of their commissioners to join the Immigration Reform Committee.

The statement was released following public statements issued by the HRC last week, after the meeting held on Thursday, October 12th to discuss the consultation process in respect to the Bill.

A Ministry spokeswoman said: “The Minister acknowledged the HRC’s fundamental concern at undermining the primacy of the Human Rights Act 1981 as a means of addressing immediate and necessary Immigration reform.

“The Minister, a human rights advocate, recognized the Human Rights Act 1981 is not a tool to be manipulated, nor weakened, and laws should only be exempted from its primacy in a reasonable and balanced way. Equally, the HRC recognizes that Bermuda must have control over its immigration. However, that regulation manner that upholds the principals afforded under national human rights legislation.

“In the interest of collaboration on human rights and immigration issues in the long term, the Minister has invited a Commissioner of the HRC to join the Immigration Reform Committee and the HRC has accepted this invitation. The Minister is also committed to accepting submissions from the HRC and other interested parties on future amendments to the Bill, or related recommendations. Both the HRC and the Minister will seek to educate the public further on this very important issue and will be providing further information in the near future.” 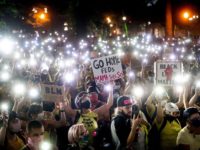 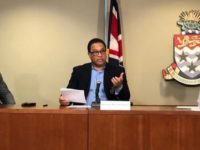