National Security Minister Wayne Caines today extended his “heartfelt thanks” to all who participated in yesterday’s 100 Jobs initiative.

Some 285 job seekers attended the 100 Jobs fair held on Monday, at the Hamilton Seventh Day Church Hall in Hamilton. 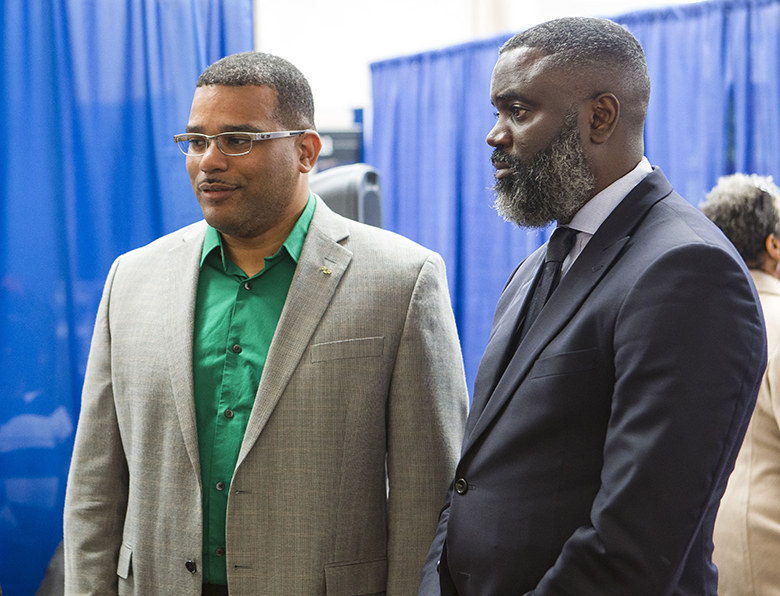 The employment fair, which was jointly organised by the Ministry of National Security and the Department of Workforce Development.

Minister Caines said today that he was overwhelmed by the turn out and confirmed that 32 individuals secured employment, with a further 77 individuals confirmed for follow-up interviews with employers.

“We started this event at 4pm yesterday, and from the start, we had a steady stream of individuals with resumés in hand seeking employment. They were eager and prepared and I want to thank each of them for attending the 100 Jobs event.

“I must also extend particular thanks to all our employers who supported us, as well as the team at Workforce Development. This was a great demonstration of the Minister Caines said that he considers the 100 Jobs event a success with plans already in the works to host another employment fair later this year.”

Digest Of Statistics: Marriages Down By 36% To 248, Filled Jobs Fell & Work Permits Down