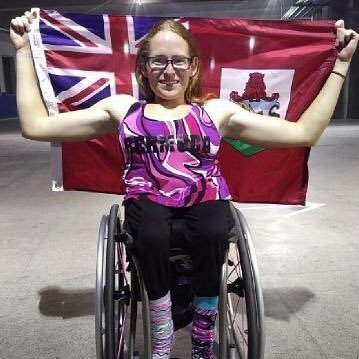 Bermuda’s own Jessica Lewis stormed to victory in the women’s T53 400 metres final in the Parapan American Games in Lima, Peru on Saturday.

In second place it was Yen Hoang, of the United States, followed by Kelsey Le Favour, also of the US, who placed third.

Ms Lewis is set to compete again in the 800 metre final on Monday.

In an interview recorded after her race yesterday, she said: “It’s such an honour to bring home a gold medal again to Bermuda.

“I felt like I had a great chance of winning the race, but I knew that it was going to be a fight with the US girls. I am quite thrilled that I managed to be that far ahead of them.

“I have transitioned into using the hard gloves which have definitely helped me get stronger in the longer-distance events. I had the best start I have ever had in these gloves, so everything just came together for the race,” she added. 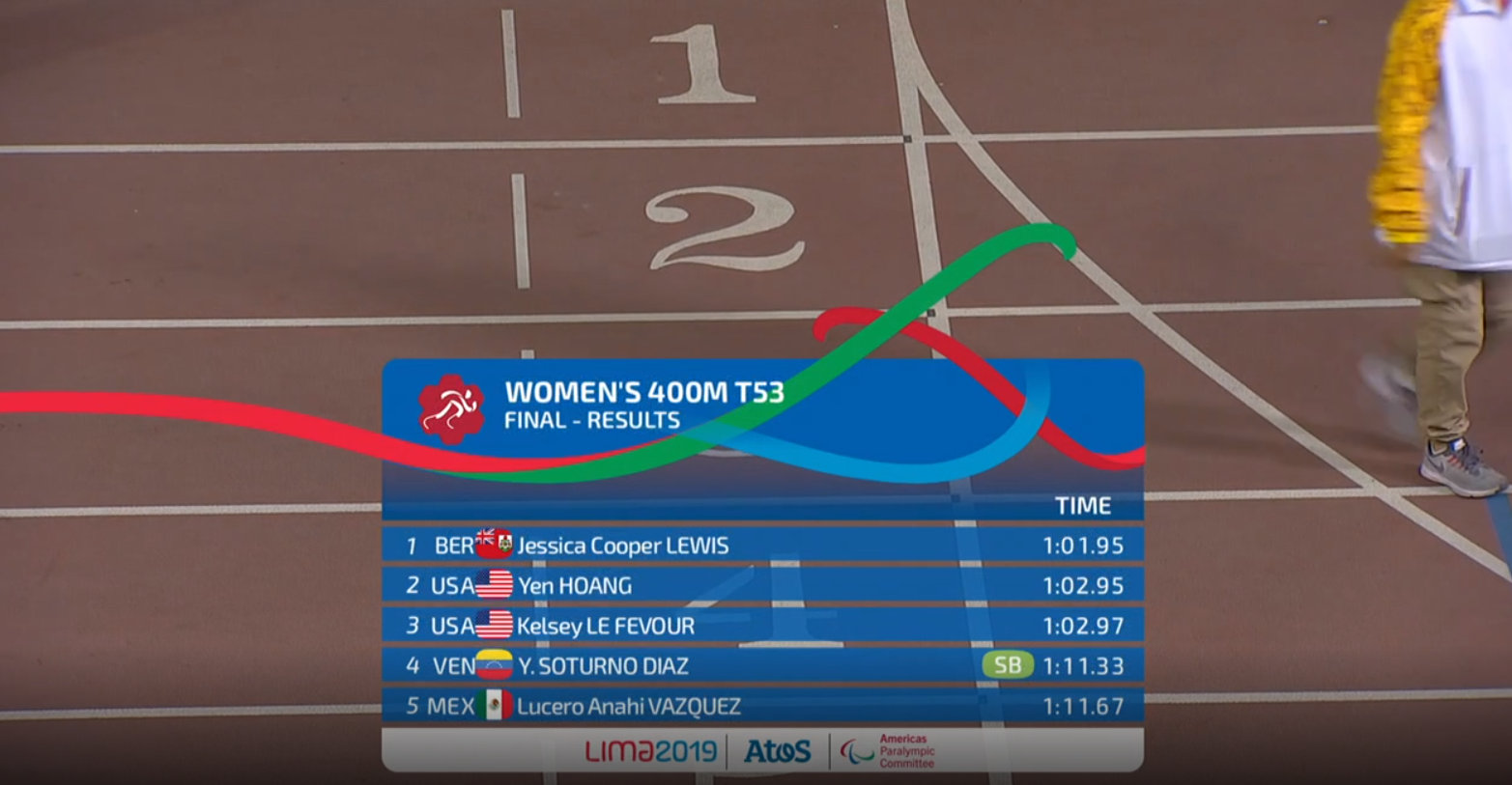 The 2019 Parapan Games got underway in the Athletes Village in Peru on Friday, with Bermuda’s team joining athletes from over 30 countries from around the region.