‘Jamrock’ Back On Charts

Jamaica Observer: KINGSTON, By Kevin Jackson – Between September 2005 and 2007, Welcome to Jamrock by Damian “Junior Gong” Marley spent more than 30 non-consecutive weeks at the top of the Billboard Reggae Albums chart.

The Grammy-winning set makes a return to the chart this week at number 10.

Among the hit singles from the album are Khaki Suit, All Night, Move, Beautiful, Road to Zion and the Billboard-charting title track Welcome to Jamrock.

Upon its release in 2005, the Welcome to Jamrock album debuted at seven on the Billboard 200 albums chart (number one on the reggae table) with first week pure album sales of 86,000 copies. To date, it has been certified gold in the United States for sales exceeding 500,000 copies, gold in Canada for 50,000 in sales, and gold in the United Kingdom for 100,000 in sales. 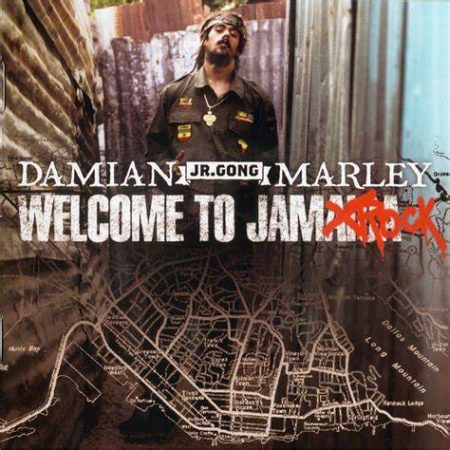 On this week’s Billboard Reggae Albums chart, Bob Marley and the Wailers are number one with Legend, which clocks 106 weeks in the top spot.

Best of Shaggy: The Boombastic Collection by Shaggy inches up to two, while Jason Mraz moves up one place to three with Look for the Good.

UB40’s Greatest Hits is at four, while Dutty Classics Collection by Sean Paul dips to five.

Set in Stone and World on Fire by Stick Figure are six and seven, respectively, while Sean Paul’s Dutty Rock re-enters at eight.

On the Global 200 chart, Nostalgico by Rvssian, Rauw Alejandro and Chris Brown backtracks from 121 to 153.

On Global Excluding US chart, No Lie by Sean Paul and Dua Lipa slides down from 138 to 139, while Cheap Thrills by Sia featuring Sean Paul crashes from 163 to 183.

A glance at the Latin charts, Nostalgico by Rvssian, Rauw Alejandro and Chris Brown dips 13-17 on Hot Latin Songs, while over on Latin Airplay it moves 16-18.

On Latin Pop Airplay, Nostalgico is at number four, while on Latin Rhythm Airplay it holds the 10th spot.

Onto regional charts, Most High by JUNO Award-winning Jamaican-born, Canada-based reggae artiste Kirk Diamond is number one with Most High.

On the South Florida Reggae Chart, George Nooks holds the top spot for a second week with Through it All.

Romain Virgo makes moves on the charts with Good Woman (Lifeline Music). On the South Florida Reggae chart, the song moves from 22 to 19, while on the Foundation Radio Network (New York) Music chart, it darts 20-15.

Meghan Markle Gets £1 In Damages After Winning Tabloid Privacy Lawsuit

Rapper A$AP Rocky charged with felony assault with a firearm