Premier David Burt stated today that “items that are likely to be included for limited activities are laundromats, hardware supply, pet supply and plant nurseries”.

“Also restocking of alcohol and tobacco products will be permitted during this period,” said Mr Burt.

“Recognizing the significant hardship placed on members of our community and listening to concerns conveyed by the public, the Premier today expanded on “a series of amendments to regulations surrounding the Shelter in Place Order when it is extended for a further two weeks”.

“When the Shelter in Place Order was initially announced it was our hope that it would be for only two weeks and that there would be on some level, a return to normalcy,” he said.

“With the extension of the Shelter in Place for a further two weeks and recognizing that for example, that many of our essential workers rely on laundromats to clean their uniforms, certain changes must be made.

“The changes will be communicated in full to the public when they are finalized however all changes will ensure that social distancing is maintained to minimize COVID-19 transmission,” he said.

“I take note of reports of further panic buying, especially in the areas of tobacco and alcohol, due to headlines in the local media,” he added.

This after someone started a rumour that the Government was going to ban the sale of alcohol and tobacco in Bermuda.

Said Premier Burt: “The Government is not banning alcohol and tobacco sales tomorrow as some are reporting, so there is no need to rush to the store.”

That did not stop the rush though and at a number of outlets, alcoholic beverages like Elephants, distributed by Burrows and Lightbourne were sold out before 5pm this evening.

The next government update will be held at 5:30pm.

House: COVID Restrictions Cause Tensions To Rise In Bermuda’s Prisons

Congratulations To Bermuda On This National Heroes Day, 2021

BAMZ Partially Closes Due To Rise In COVID-19 Cases 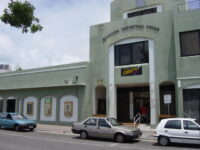 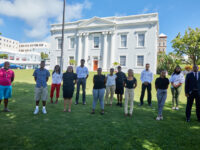