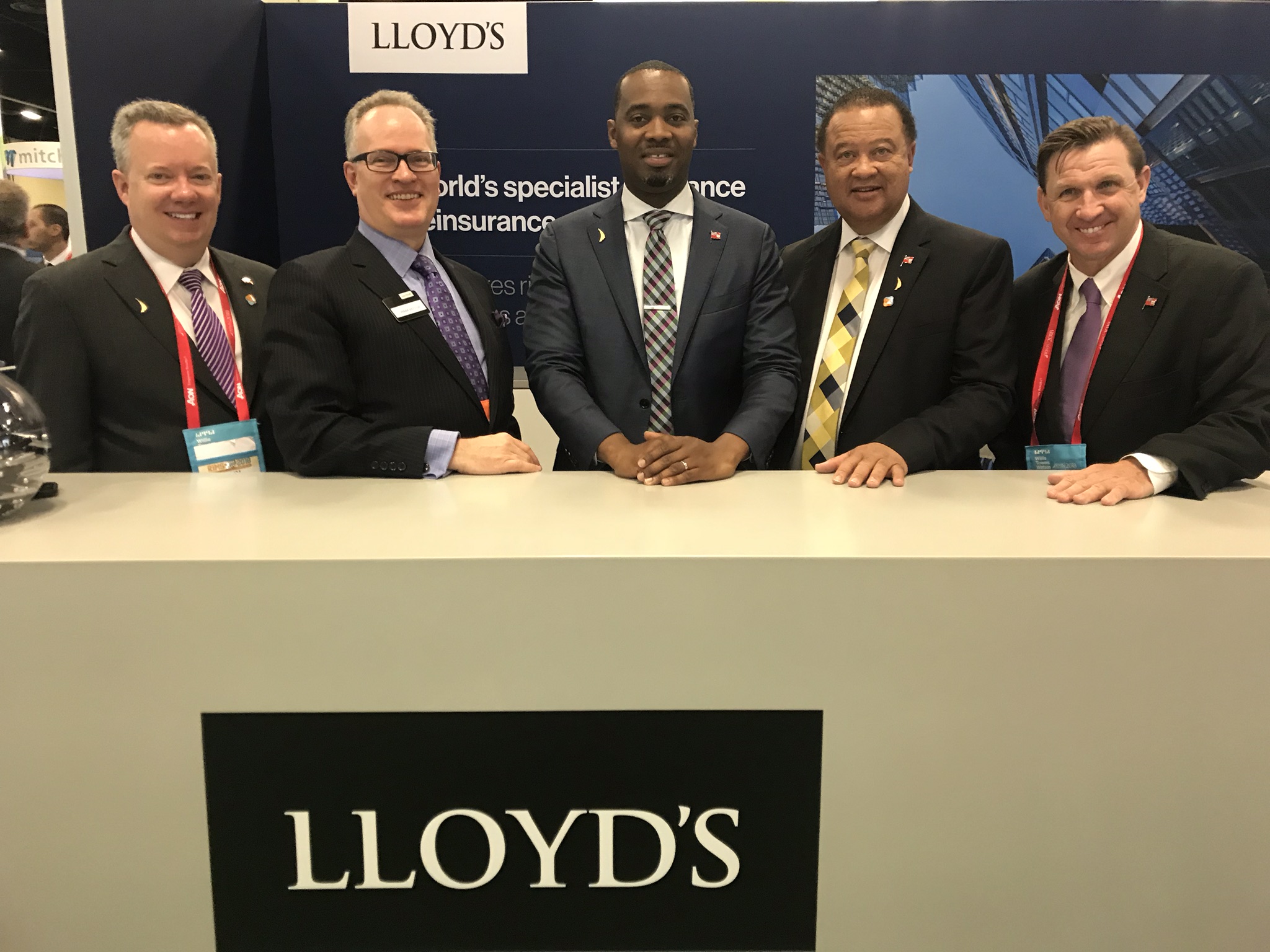 The Premier was welcomed at the RIMS Hub inside the Henry B Gonzalez Convention Center by CEO Mary Roth and 2018 RIMS President Robert Cartwright, Jr, before touring the exhibition hall and key industry booths, including those of numerous Bermuda-based stakeholder companies. He was accompanied by Junior Finance Minister Wayne Furbert, along with representatives of the Bermuda Monetary Authority (BMA), Association of Bermuda Insurers and Reinsurers (ABIR), Bermuda Business Development Agency (BDA), and industry executives.

“The size and seniority of the Bermuda delegation underscores the commitment and equity invested into the ‘Team Bermuda’ approach driven by the BDA,” said BDA CEO Ross Webber.

“The private sector dedicates significant resources and time to represent the island as a unified collaboration. This is strengthened considerably by such a prominent government and regulator presence.

“The Bermuda presence at RIMS, coupled with associated BDA-led business and civic meetings, reminds influencers of our unique, elite marketplace and the value of Bermuda adds to our US and global stakeholders,” he added.

“The BDA inaugural RIMS Executive Forum was a marked success and looks like it will become another staple in our roster of BDA events. Our whole Bermuda delegation should feel incredibly proud and motivated by the clear partnership we have all forged.” 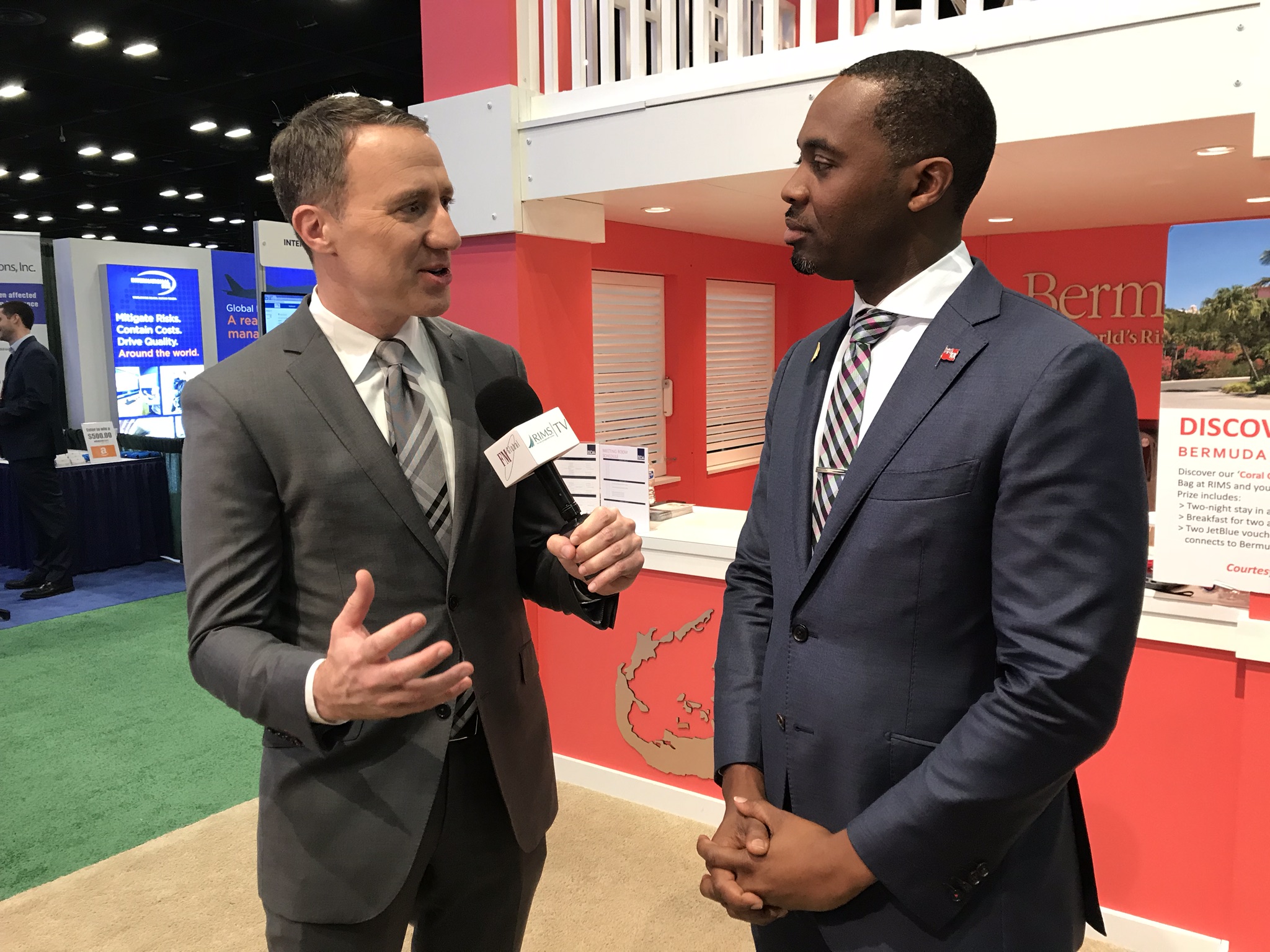 Day Two of RIMS 2018 also saw the Premier open a BDA-hosted morning executive forum at the Briscoe Western Art Museum. The event featured two panels of senior industry and regulatory leaders from the island discussing the strengths of both the Bermuda market’s world-leading captive insurance sector and its re/insurance hub.

“We were pleased with the successful turnout of the Executive Forum and the continued interest in Bermuda and its supervisory framework,” noted Ms Lespere.

“It was clear today that Bermuda’s market appreciates the BMA’s role as a first-class international financial regulator and the pragmatic way in which we interact with our industry.”

Numerous Bermuda-based companies had prominent booths at RIMS, including re/insurers, brokers and service providers – underscoring the jurisdiction’s strength as one of the world’s top re/insurance hubs, in tandem with London, as well as the top captive and ILS markets, and the largest property casualty domicile.

Yesterday, the Premier and delegation were invited to San Antonio’s City Hall to meet Mayor Ron Nirenburg. They were also interviewed by key industry media, including Thomas Reuters, Reactions, Business Insurance, and AM Best TV, along with RIMS TV.

Salman Rushdie Stabbed Onstage Before Lecture In NY, On Ventilator; Suspect Is From Bergen County, NJ