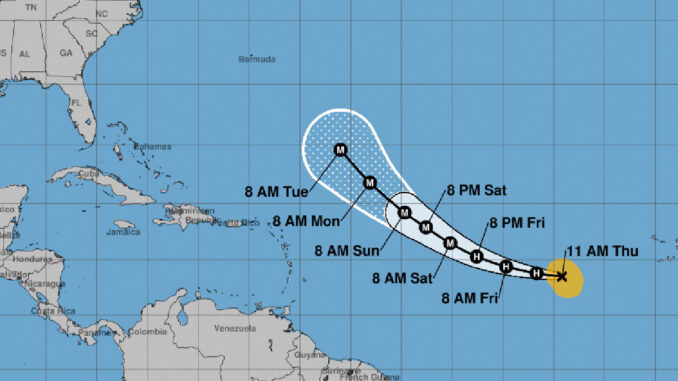 Sun Sentinel: SOUTH FLORIDA – Hurricane Larry is slowly strengthening and sped up overnight as it cuts west across the Atlantic Ocean on its way to potentially becoming a major storm, the National Hurricane Center said Friday morning.

Larry is forecast to develop rapidly into a major hurricane with top winds reaching up to 140 mph.

Larry, which became the fifth hurricane of the 2021 season Thursday morning, sped up its forward motion to 20 mph as it moves west-northwest. As of 5 a.m., it was 970 miles west of the African coast with maximum sustained winds at 90 mph.

Although Larry could eventually threaten Bermuda or North America, possibly the northeast United States or Newfoundland, the island near the Canadian coast, there are no coastal watches or warnings in effect as of now. But forecasters are keeping an eye on Larry.

The 12th named storm of the year is on track to enter an area with even warmer sea-surface temperatures and lower levels of vertical wind shear, Pasch said.

It’s currently on a path west over the central Atlantic, in the general direction of the U.S. However, it is forecast to make a gradual turn to the west-northwest Friday night. Beyond that, it’s too early to tell where it may head.

If Larry develops into a major hurricane as forecast, it would be the third of the season, along with Grace, a Category 3, and Ida, a Category 4.

An area of low pressure in the western Caribbean could move over the Gulf of Honduras on Friday. This system could then move over the southwestern Gulf of Mexico this weekend and early next week, but upper-level winds would hinder development.

A second area of low pressure area formed late Thursday morning about 150 miles southwest of the coast of west Africa, according to the hurricane center. Forecasters said some development is possible over the next 24 hours as the low moves west at about 15 mph. After that, conditions are expected to be less ideal for development.

The next two named storms to form would be Mindy and Nicholas. 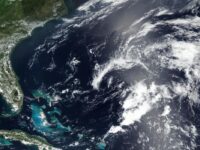 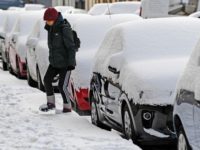 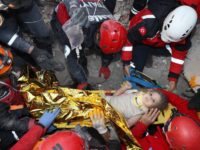 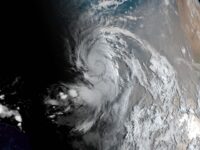 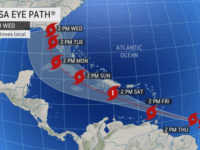